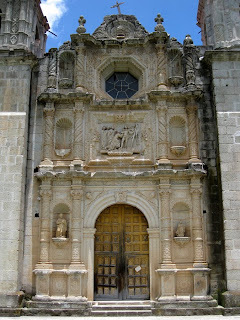 It is funny, I lived in St. Thomas, USVI, but I really had no idea who he was or what his story was. After visiting this church in mountain village of Ixtlan de Juarez I have a better idea. He was the original "Doubting Thomas" as he did not believe that Jesus had returned. John 20:25 says, "So the other disciples told him, 'We have seen the Lord!' But he [Thomas] said to them, 'Unless I see the nail marks in his hands 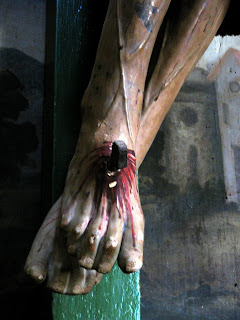 and put my finger where the nails were, and put my hand into his side, I will not believe it.'" 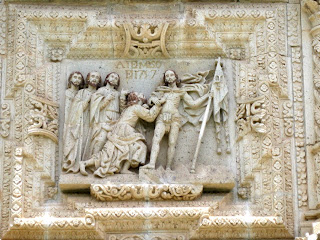 Eight days later, Jesus appears before His disciples again: "A week later his disciples were in the house again, and Thomas was with them. Though the doors were locked, Jesus came and stood among them and said, 'Peace be with you!' Then he said to Thomas, 'Put your finger here; see my hands. Reach out your hand and put it into my side. Stop doubting and believe.' (John 20:26-29).

This is a 3D depiction with a statue placed over a painting. 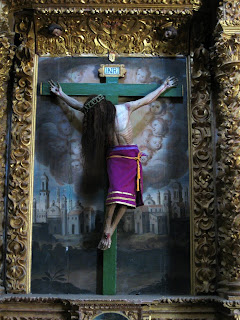 These churches are hard to shoot in as they tend to be quite dark and there is always someone there to make sure you don't use a flash. I don't really believe a flash would do any harm, but one must play by the rules. Plus, it is good practice. I need to work on it. 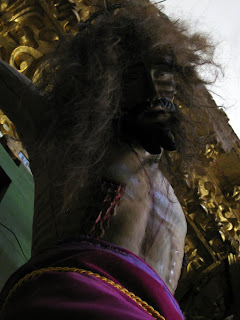 Dramatic when explored from different angles and looking at the wound that Tomas stuck his hand in. 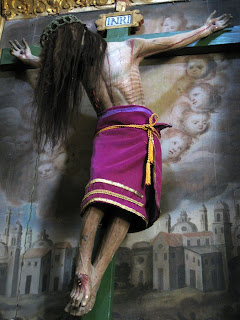 As always, the apse and altar were covered with art and gold gilt. 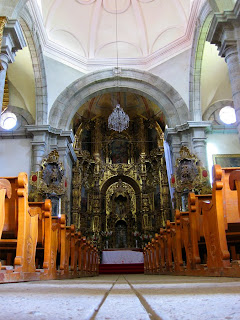 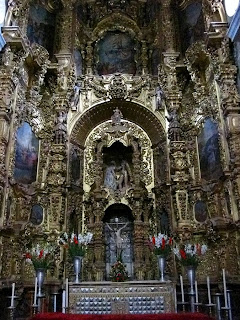 Looking out the door to the surrounding mountains. Such a dramatic and, at the same time, tranquil setting. I found myself sitting in a pew with my eyes closed, basking in the serenity. 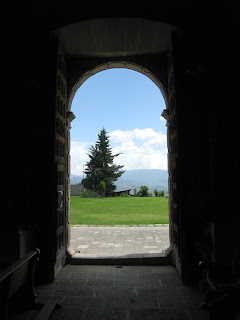