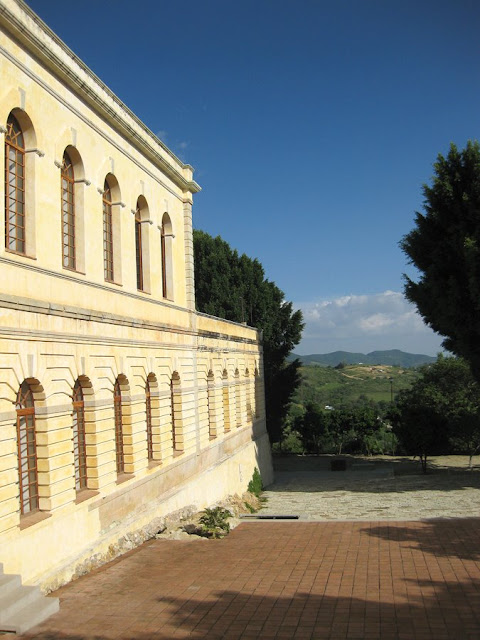 Yesterday, I was lucky enough to see an art exhibition I had read about years ago. And it was just up the road at the Centro de las Artes de San Agustin (CaSo). 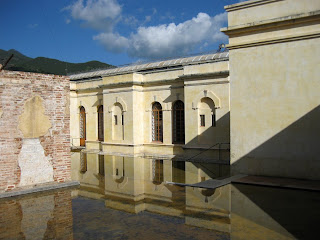 The building itself is a work of art, an old textile factory that was restored and transformed into an exhibition space by artist, Francisco Toledo, who is patron to many important cultural and civic projects here in Oaxaca.

2501 Migrantes, by Alejandro Santiago, is a massive installation that is incredibly thought provoking. 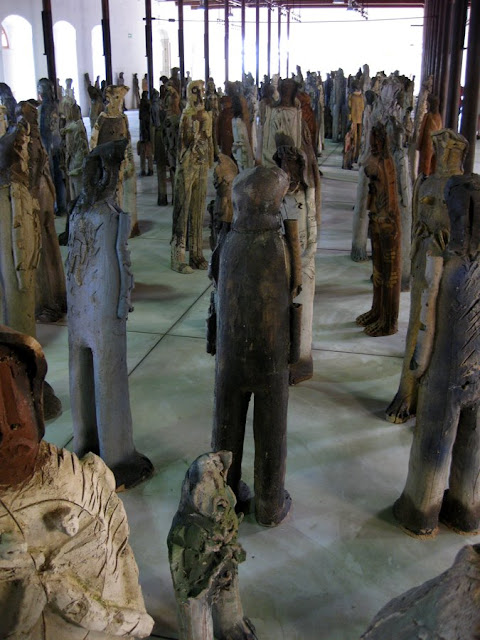 Difficult to document the scale and scope of the work. Just imagine walking into a room and finding 2501 people in it.

Alejandro Santiago, one of Oaxaca’s leading artists who as received critical acclaim in Mexico, the United States, and Europe, was born in Teococuilco in 1964. His family moved to Oaxaca City in 1972, where he eventually made painting his career. Santiago, however, has never forgotten his hometown and he returns there on a regular basis.
When he last returned to Teococuilco, he was shocked to find that 2,500 souls – more than half the population – had left the community for other parts of Mexico or the United States. Such mass migrations had become common in the region due to acute poverty and chronic unemployment. In fact, villages throughout Mexico have been emptying out for sometime now, for the same reasons. Entire male populations of villages have left in search of work. Women, children, and the elderly were left behind and awaited the migrant’s funds.
In the midst of this desolation, a fortuitous event happened. In a dream, a vision of re-populating his community arose. When Alejandro awoke, a plan for re-population took hold. He would embark on the monumental task of inhabiting Teococuilco with 2,500 ceramic figures representing 2,500 of the absent villagers. One additional sculpture would be of Santiago, himself, at testament to his return. The project would be called “2,501 Migrants.”

An honor and a blessing to see this work.

One of the figures watching his hometown on the video. 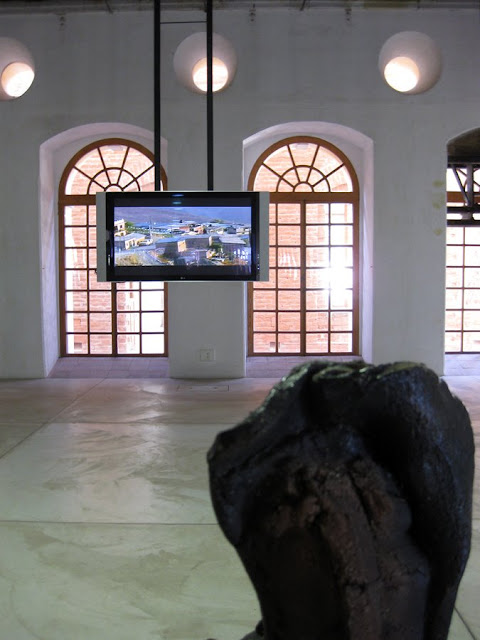 Every one an individual. 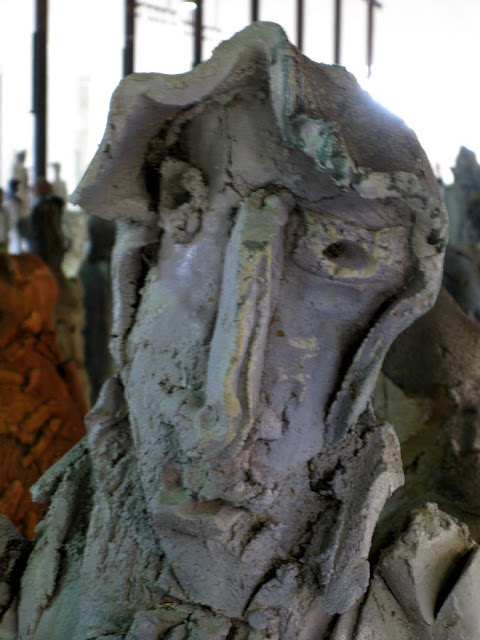 Some of whom died, abandoned in the desert. 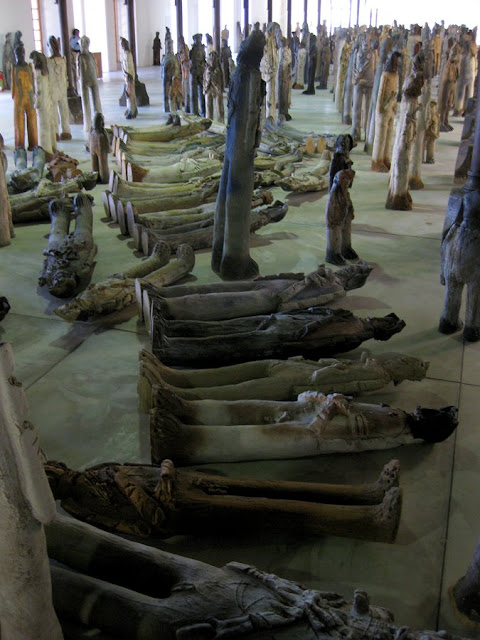 Peoples views on immigration are all over the place, there are many different aspects to it. I am always sympathetic to the migrantes' stories. After all, my family came from somewhere else at some point, as did most of us.

The face in your posted picture reminds me greatly of the sculptural faces of Adrian Duckworth. Coincidence, faulty memory, hallucinations, poor eyesight?

It's great that you are expressing your thoughts. Which I agree are the truth about poverty and immigrants. I hope many people are following your blog. It may change the minds of some that need a change on poverty issues, different cultures and art.