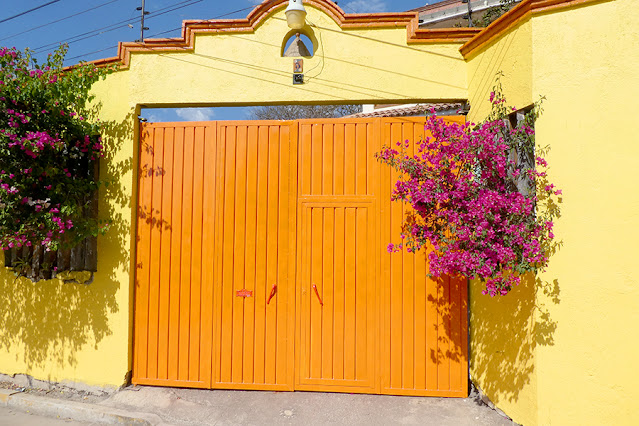 In Oaxaca, when it comes to painting walls and houses, color rules.  So in sticking to the rules, I decided to brighten up the front with a new paint job.  Not quite a New England beige, white or gray.  Here, anything goes, so I just had fun. As a pro musician, I've painted a lot of houses, rooms and apartments in my life and I've always really liked the work.  I'll admit to being neurotic, but I love trying to get stuff close to perfect, like those handles and the mail slot. 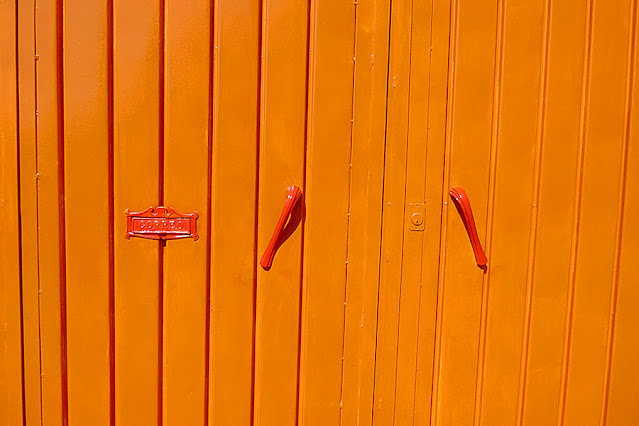 I've watched lots of people painting here in Oaxaca and I have a whole new level of respect for them.  Painting on cement and metal is so different from wood.   It's harder, but "Vale la pena".... worth all the pain. 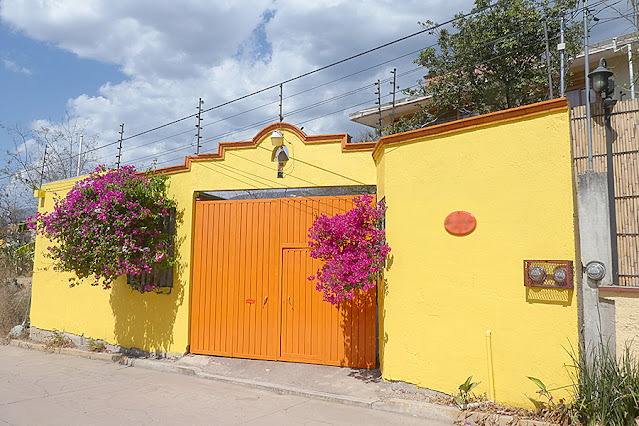 Hit me with your best shot.. 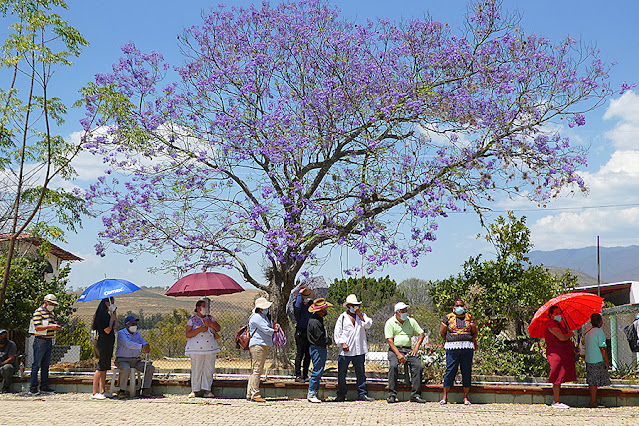 There has to be a better plan, but as they say "vale la pena," it's worth the pain.  Such was the outcome from an eight hour wait, often in intense sun, to finally get the first dose of vaccine in San Pablo Etla yesterday.  I got there early, but there were already hundreds, maybe a thousand, already lined up. 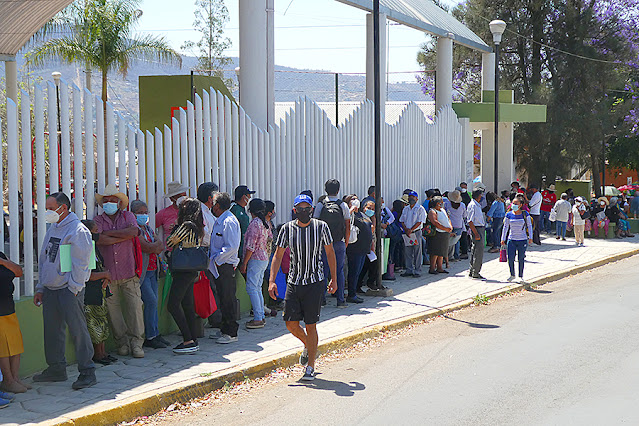 I got in line in the most prominent line, only to learn there was a separate line for San Pablo and it would not start until the other line, different barrios, was done. 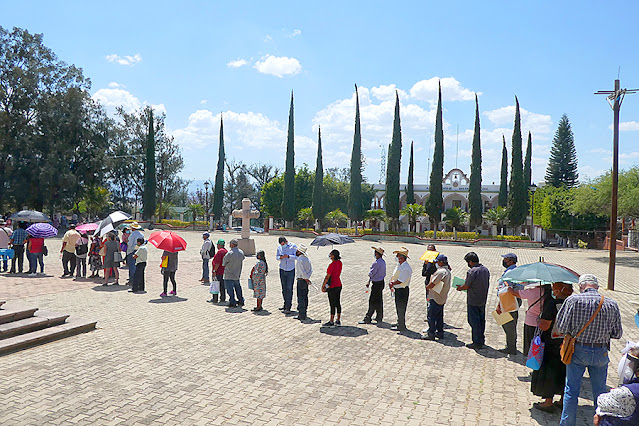 So hours later, my line inched forward.  First, paperwork, then a new line to get into the vaccination tent.  Then another line after getting in.  The end was in sight!  However, it was late lunch time for many of the shot givers and there were only two people giving shots. 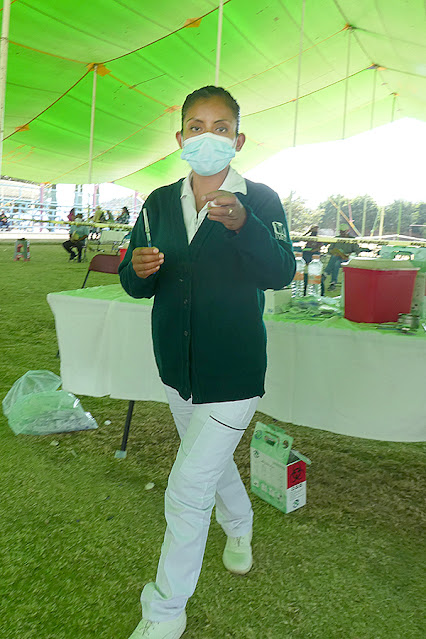 Others came back just after I got my shot, a good thing as there were still hundreds waiting.  All-in-all, a grueling day, but worth it, although I am not looking forward to repeating the experience in three weeks for the second dose.  It was a very Mexican experience as I waited in line with lots of calm and friendly old people.  "Eight hours?  That's nothing."

Waiting for Godot who's got my shot..... 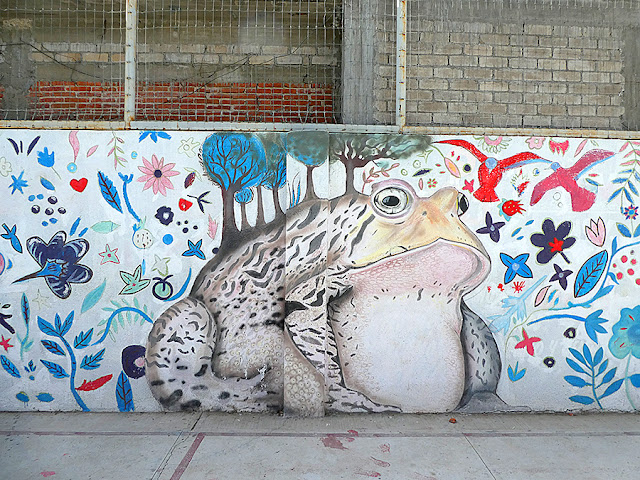 Still in limbo, waiting to hear where/when/if ever I'm going to be able to get vaccinated.  The nearest distribution spot was in Viguera and they ran out after the first day a week or so ago.  They suggested I go to San Pablo Etla, which I did, and got a new registration paper.  I was told that I would receive a Whatssup message in a couple of weeks as to where and when it all might happen.  In the meantime, there is very little info as to what is going on.  Needless to say, Godot has kinda a reputation for taking his sweet time.  I know I am just one of many, but I would sure like to get on with my life, which can only happen after getting my shot.  Patience is a virtue..... I'm developing. 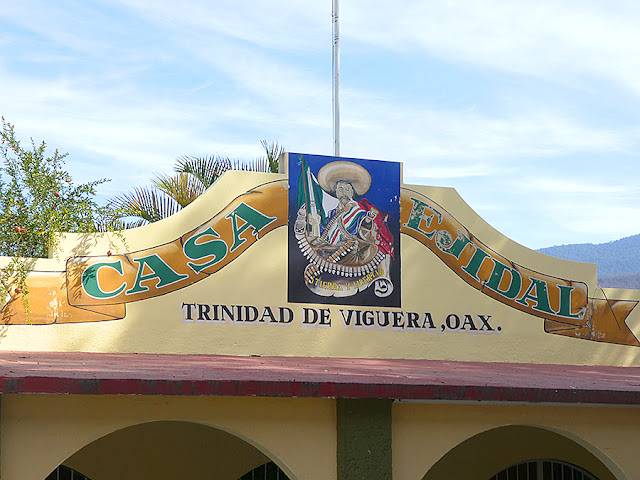 Vaccinations have begun or they will tomorrow.  The "olds" are up first and I looked in the mirror and I look pretty old for 28, so I thought I'd get ready.  There is online registration and a couple of forms to fill out, but no heavy lifting.  And there are various locations all around the city and one is supposed to go to the nearest.    I realize how lucky I am to be outside the city, just due to the numbers.  Five people in line rather than hundreds.  My nearest location is in Trinidad de Viguera and they started registering today, a day before the shots begin.  Thanks to some very helpful people doing the registering, I was in and out in very little time.  Quite an efficient operation.  I now have a date with the vaccine tomorrow morning. 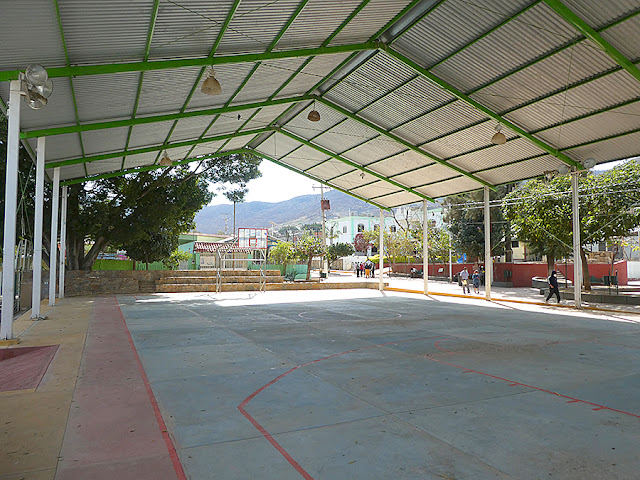 I live on the other side of Viguera and I go right at the fork in the road instead of left, so I was blown away by how beautiful the municipal center was.  Yes, my first time there.  It had all the essentials.. two beautiful canchas, basketball courts in addition to all the local offices. 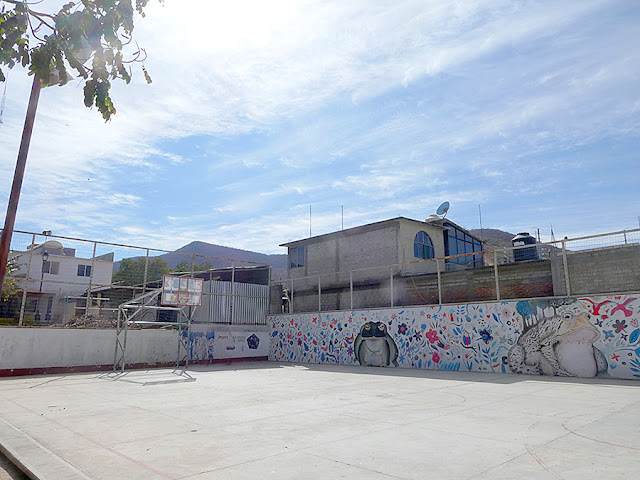 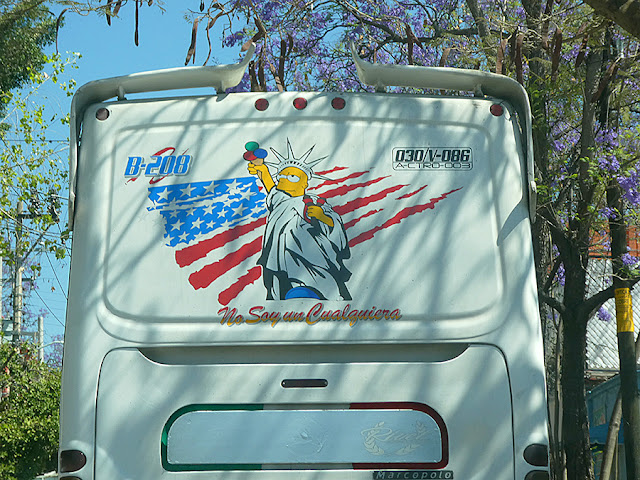 Out and about for a very brief trip to run errands.  So good to see the sights, except limited by never leaving the car.  And what to I see? Under jacaranda purple blooms? "No Soy Un Cualquiera!"  "I'm not just anybody!"  So true.  And then there's this guy. 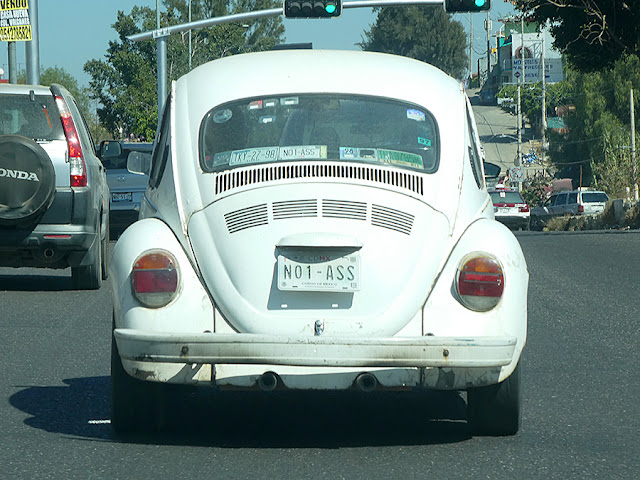