"Waiting for the electrician... 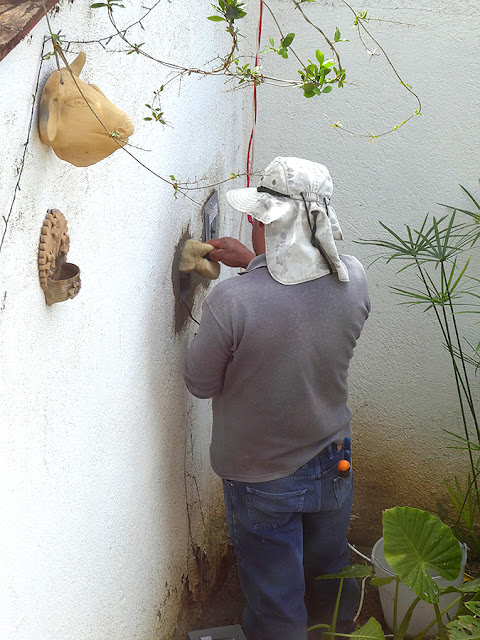 Or someone like him".... was the title of a very funny and weird album by The Firesign Theater.  However, in this case, he actually arrived to tackle the nagging electrical problems this house has had for years.  First, he popped off the outside meters and among the dirt and debris, were two of the largest scorpions I'd seen thus far.  After dispatching the insects, he proceeded to chisel out all the old stuff. 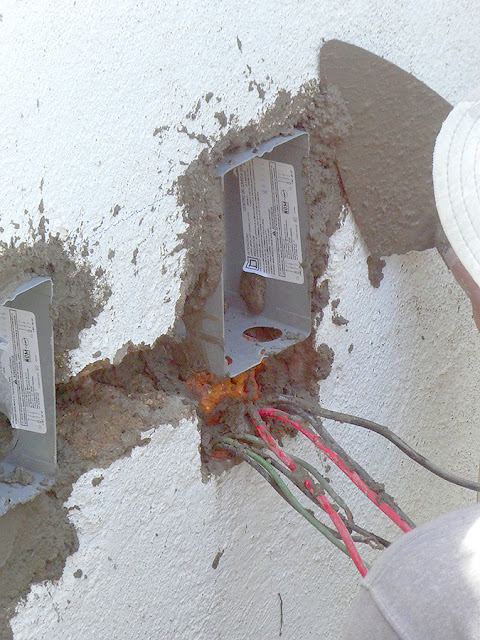 Because everything here is built with cement, it was quite a job and took hours.  He was a bit of a perfectionist and the old funky fuse boxes were eventually replaced with beautiful circuit breakers. 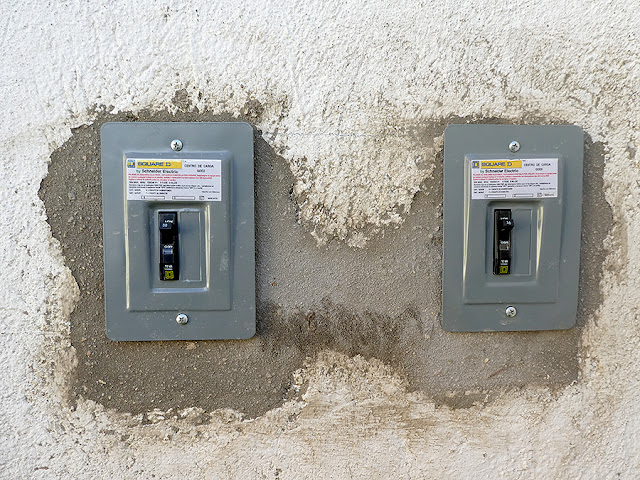 The meters were installed in new housings.  Now, I have to wait ninety days until I can repaint, but  wow, what a great worker... and he lives just down the street,,, and he's a plumber, too. 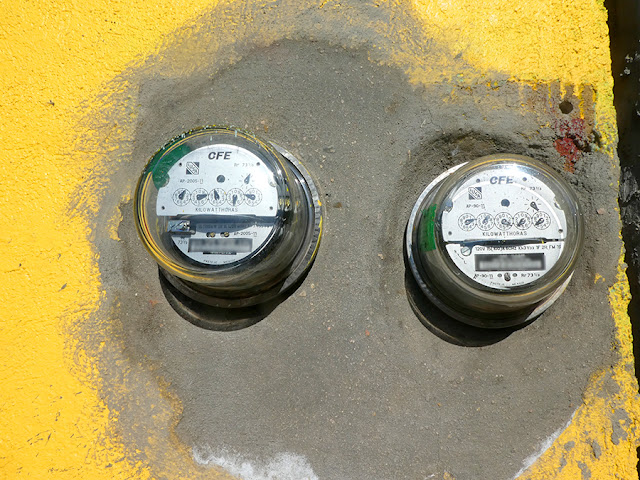 I won't say how much it all cost, but try to imagine how much it would have cost in El Norte and divide by ten or twenty. 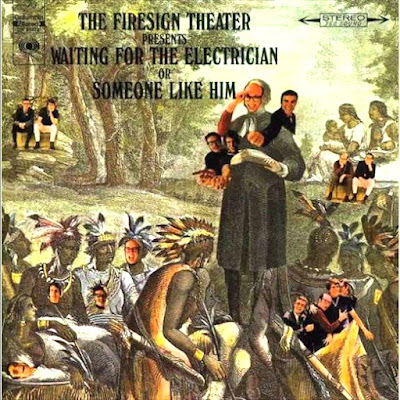 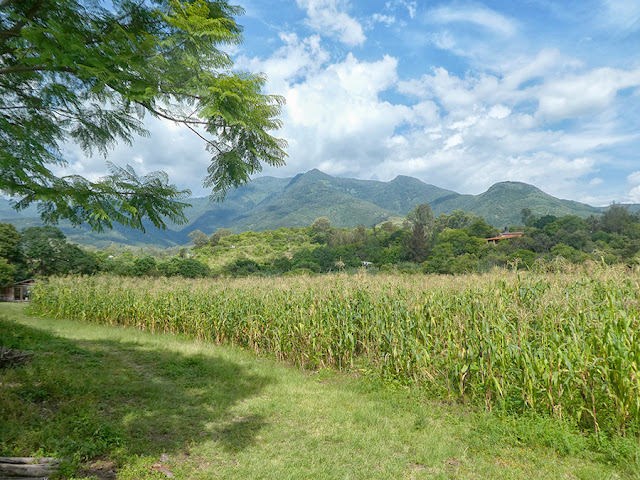 "When I was seventy...."  Yes, real lyrics and real life.  It was a good rainy season, still going.  OK, life continues to be strange and challenging, but still, there is a bountiful harvest. 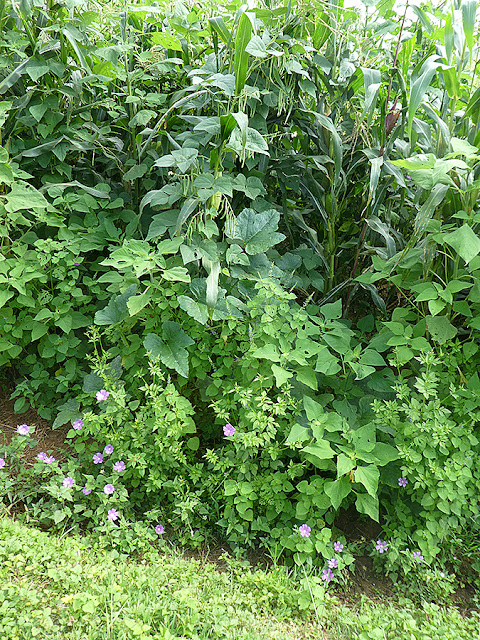 The milpas, traditional garden plots, are lush and fruitful. 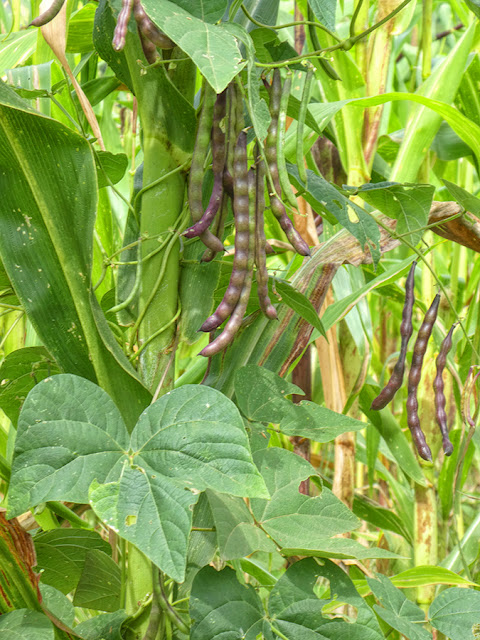 These harvests will last through the coming dry season when green will just be a memory... and distant dream. 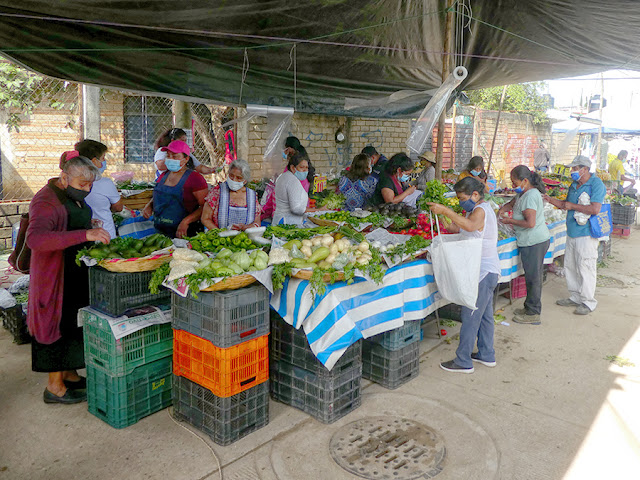 No, not the burger place, but how my weekly shopping goes at the nearby tianque, street market, that pops up every Friday. 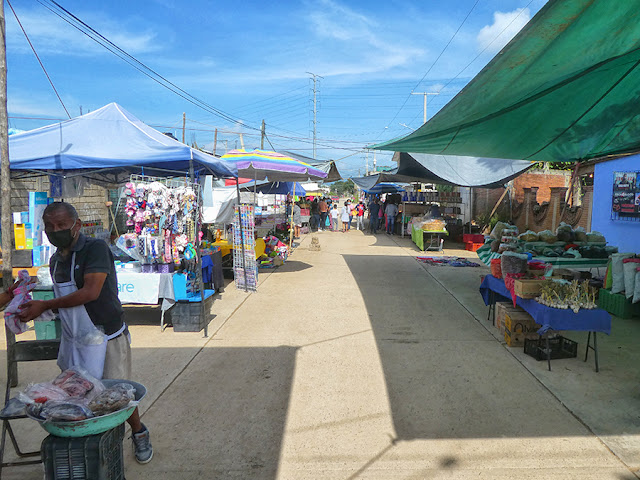 I'm in and out in less than fifteen minutes.  And I can get pretty much everything I need for a week of healthy eating.  Today, meat, produce, tamales, and dessert, all of really good quality as you can see. 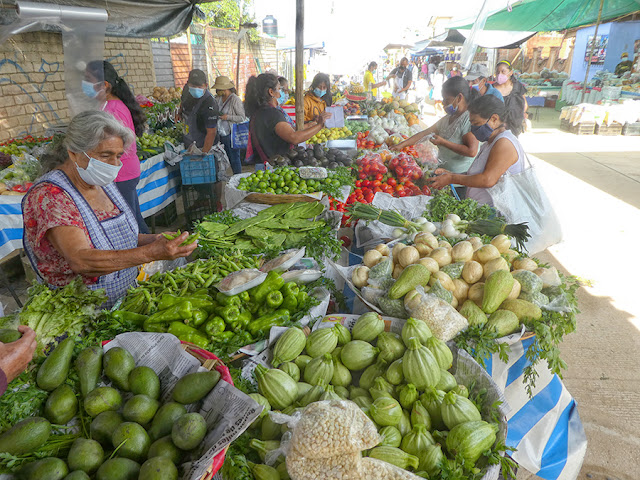 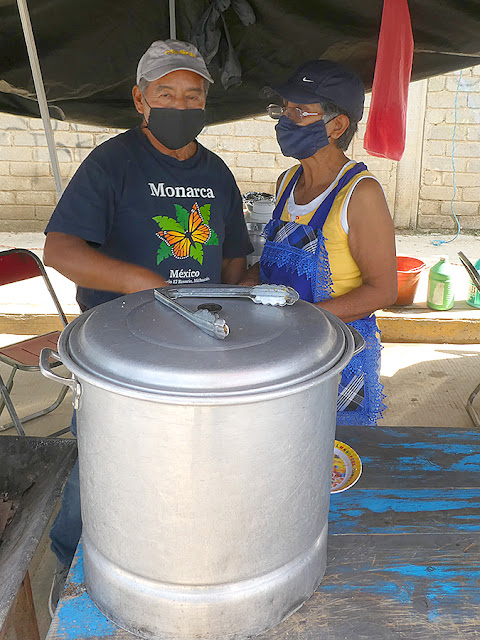 And it is safe! 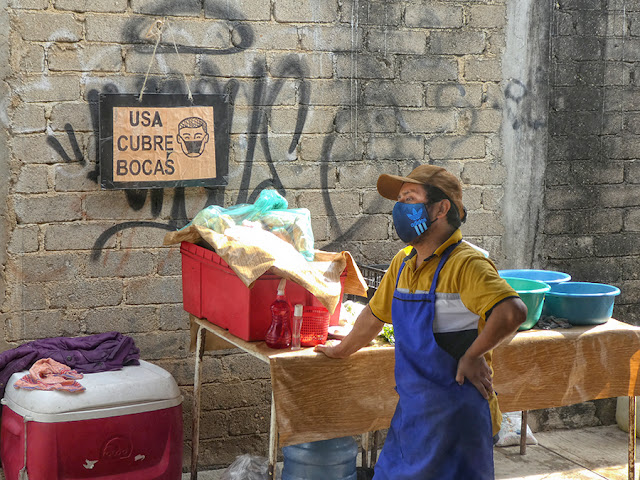 It's also a nice social time as everyone knows everyone and I guess I'm recognizable.  Normally, I get chicken, but this week..... 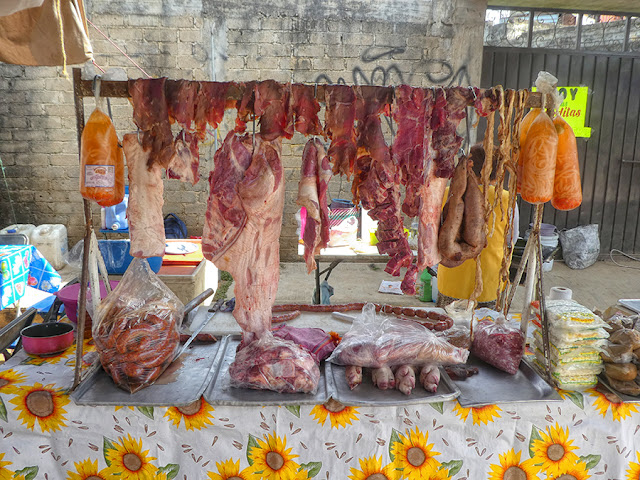