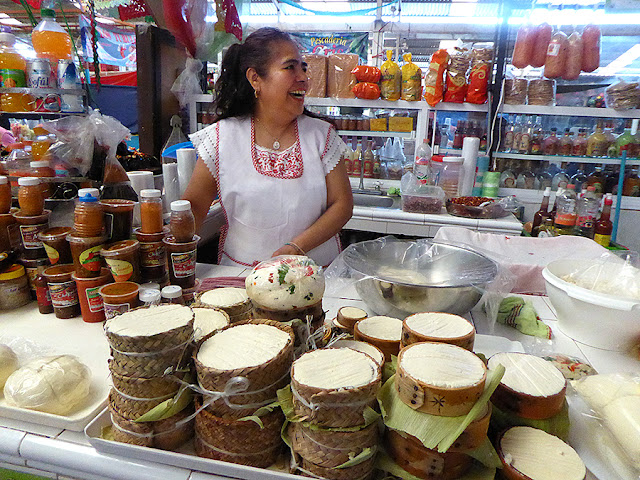 Vicki from Etla smiles while the trade war escalates....
From the LAHT


More than 60 American companies representing dairy farmers and cheesemakers asked United States President Donald Trump in a letter on Tuesday to suspend high steel and aluminum tariffs on Mexico until renegotiations over a regional free trade treaty is completed.

Calling Mexico the “largest and most reliable market” for American dairy products, the letter said Mexico’s retaliatory tariffs – some of which are expected to be as high as 25 percent next month – on American-made cheeses, among other products, will “certainly diminish demand for high-quality dairy products that are produced across the United States....

Mexico accounts for about one-quarter of all US dairy exports...

Allowing Mexico’s cheese tariffs to remain in place will greatly assist the EU in a market where the US has long been the leading supplier,” the letter added.”

Since June 1, the US has imposed 25 percent tariffs on steel and 10 percent on aluminum products from Mexico...

When you don’t have the interwebs... I guess a cable is down just around the corner.  They said it should be done by this evening... It’s only been three days
Posted by Christopher Stowens at 6/29/2018 02:56:00 PM No comments: 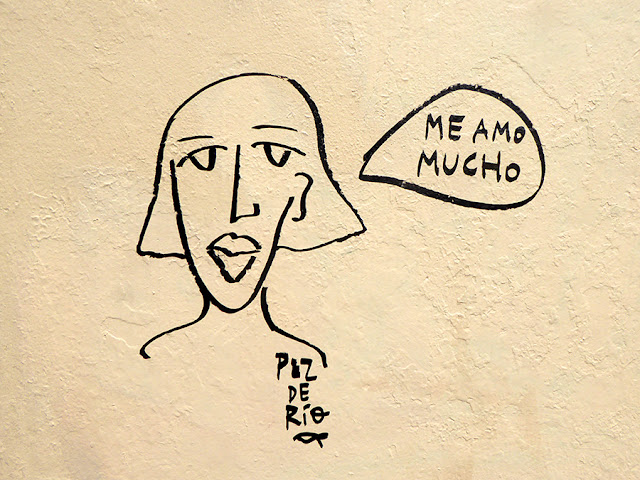 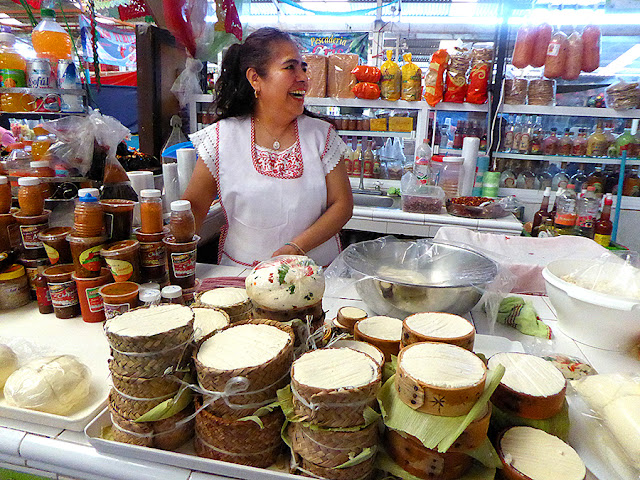 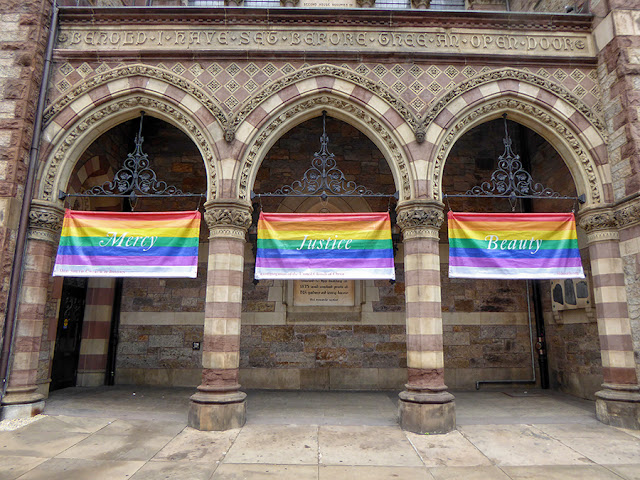 I'm still in Boston for a few more days and well, it's been an interesting trip.  Obviously, everyone is talking about the separating of children.  I'm not sure how US citizens realize just how this looks to the rest of the world.  We're in a bubble here, but, in general, people are angry, sickened and depressed about this fiasco.... but hey, I live in Newton, which is a hotbed of compassionate people so obviously, it does not represent the rest of the country. 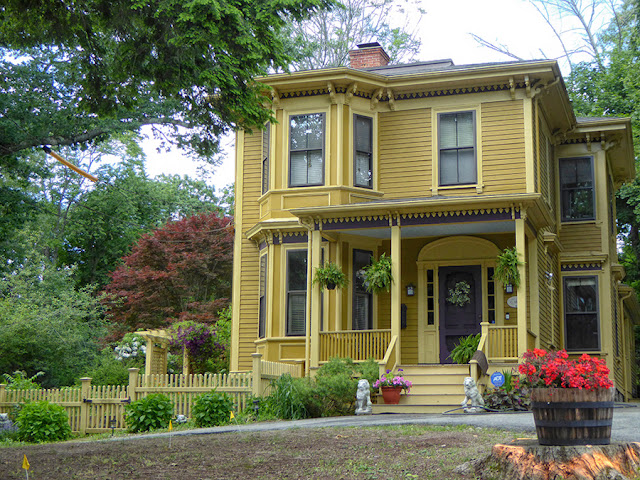 I hope you have seen Childish Gambino's video, "This is America" and not the sanitized version they show on Mexican TV, which eliminates all the violence and pretty much renders the video mush.  Watch it a few times and do a search for all the images that people miss if they just watch it once.  I'll post it at the end of this post, but, as in all things, there are many sides to America, so I thought I'd post a few images of Boston... gotta "love that dirty water." 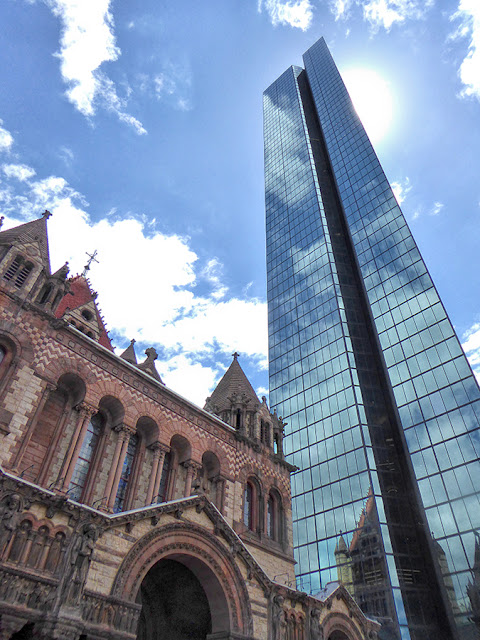 I am struck by just how different this place is from Oaxaca.  Like, I don't recall seeing Segway tours in front of Santo Domingo. 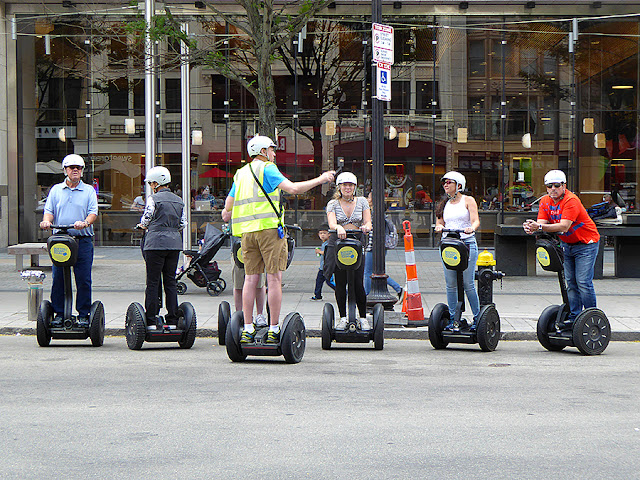 And they are in front of.. 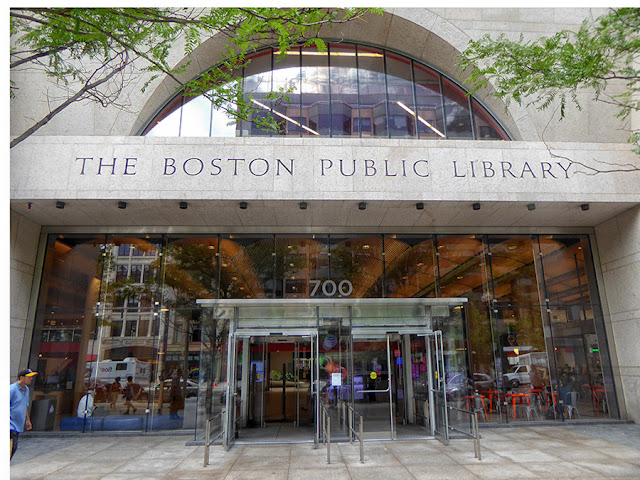 Which is just down the stairs from your Apple store... all glass and kinda weird to walk on. 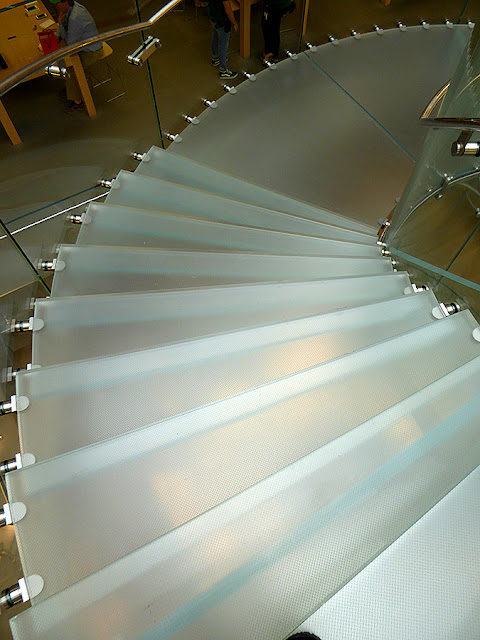 Get your motor runnin'... 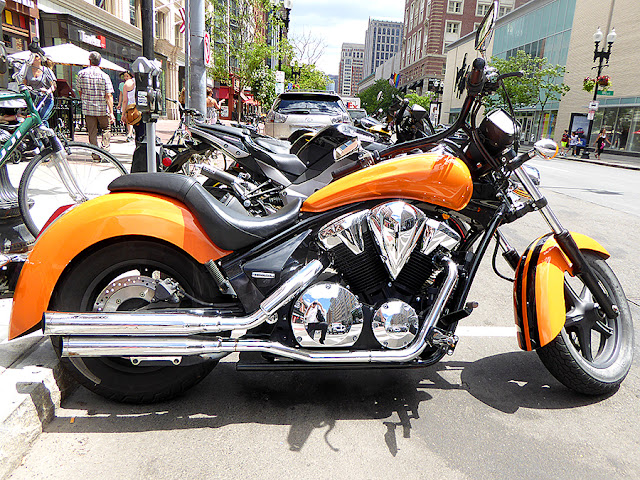 Or perhaps a more gentle mode of transport... 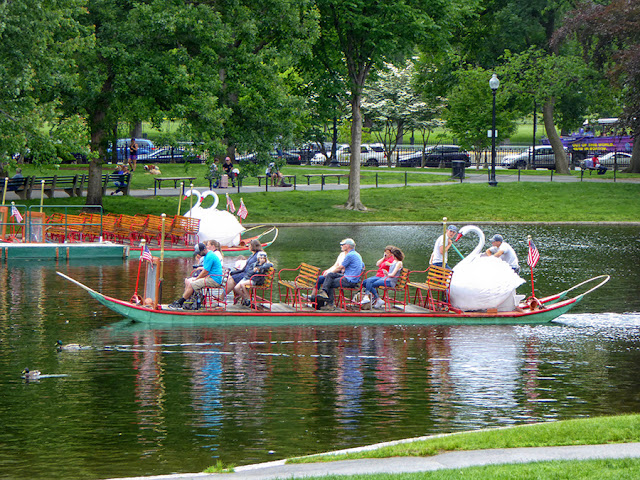 And Chinatown always calls me.. 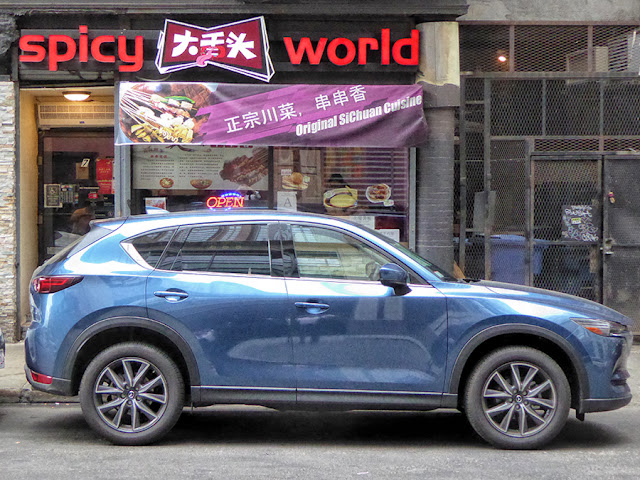 It all looks pretty good... however...
This is America, too 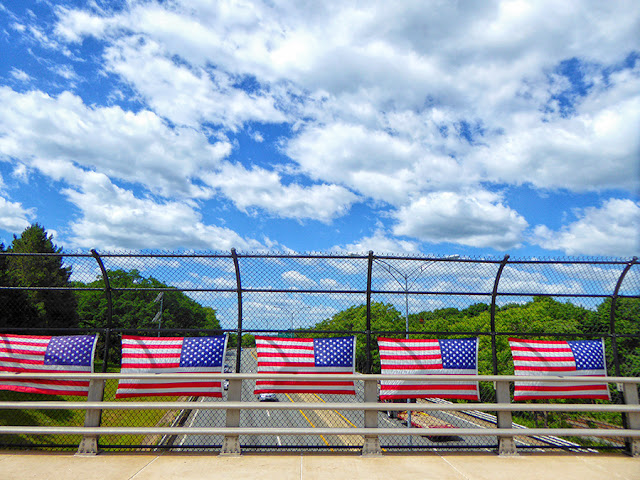 No better example of how isolated the US is from the rest of the world.... The World Cup is not on any English speaking channels, only Telemundo... fortunately, mis Español es suficiente... mas o menos, but really......sheesh.
Posted by Christopher Stowens at 6/18/2018 12:27:00 PM 2 comments: 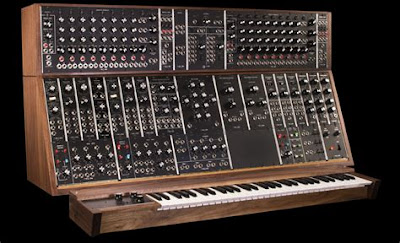 I am sure we all remember individual sentences that changed our lives.  I can easily think of a few, from teachers, students, friends and even strangers.  However, I'm not sure we ever think about how something we may have said had that same powerful effect on someone else's life.

I taught music in a Yankee prep school for many years.  I got the job because, by some fluke, the school owned a Moog synthesizer and I had spent my college days alone with one for four years.  So I started out teaching electronic music, certainly a novelty in the curriculum and for the kids, but I taught them the basics of the instrument and, let's face it, it was fun to mess around with all those crazy sounds.

After a couple of years, the word got out.  One year I ended up with a bunch of guys, mostly jocks, who were all friends and there for a good time, which was fine with me.  We had lots of those good times, became friends... and they did their work, discovering their artistic sides or lack thereof.  They finished the year, were graduated and they were gone.

Maybe five or six years later, I walked into my classroom, the one with the Moog, and there was this ragged, disheveled man standing with his back to me facing the machine.  I was a little freaked.  I said, "Can I help you?"

He turned, long trench coat, ski cap, scruffy beard, he looked bad.  He said, "Don't you recognize me?"  Well, it didn't sound like that because his speech was almost unintelligible.  His tongue was mangled.  He had scars.

He said, "I'm Caleb Hamm." He had been one of the bright lights in that class of boys, a gregarious, charismatic boy.  He proceeded to tell me that shortly after graduation, he had been in a car accident and that he had been in a coma and then months of rehab.  I listened, in shock.

Then he told me that something I had said in class had been the one thing that got him through.  He had spent months, it was his mantra.  It was about making connections on the Moog, "What goes out, must go back in somewhere."  He hugged me and we parted ways.  I got in my car and drove back to my home in Boston and cried the whole way.

Well, I was just back at the school for reunion and there was Caleb Hamm.  He had an art exhibition at the school.  He had gone back to school, earned a masters.  He looked great, but now with a gray beard.  We hugged.  He said he was so happy to see me.  And, oh my, the feeling was mutual. 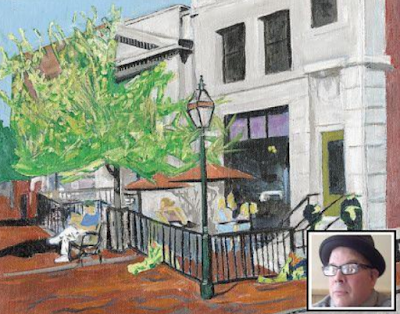 His family was there and I recalled all of this and what a miracle it all has been. 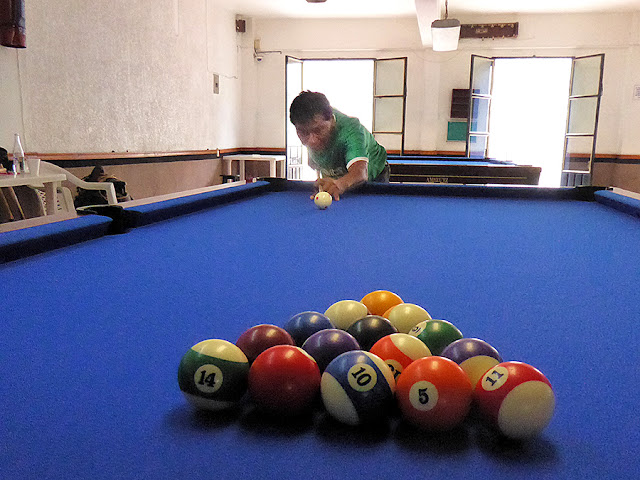 I'm in the belly of the beast for another week and I'll have more on that in a bit, but for now.... I miss hanging out in the pool hall with my Oaxacan friends, like Domingo, an excellent pool player and a real mensch... let's see how they translate that one ;-)  I think of him often, as he was struggling to do business, surrounded by the teacher's tents. 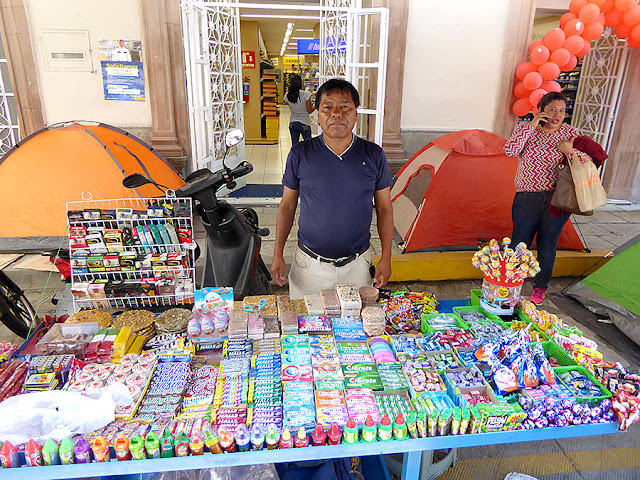 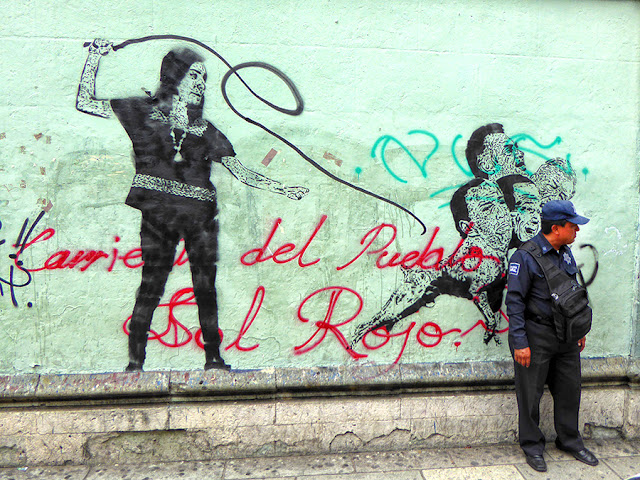