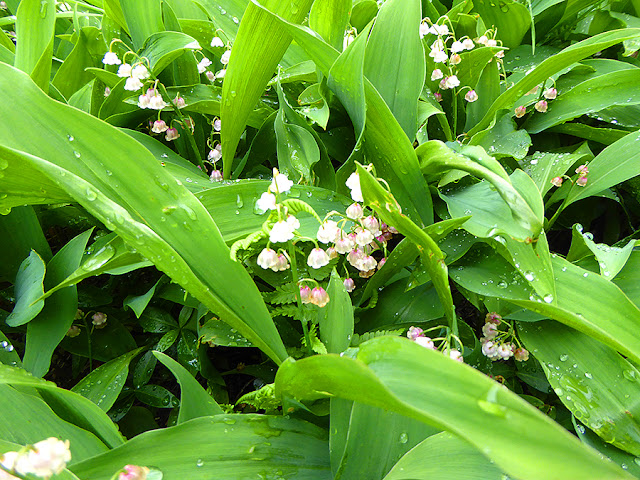 I know the rains have come to Oaxaca and I look forward to seeing how the gardens and the countryside responds.  Here, in New England, it has been a long wet and cool spring.  It is wild to see so much green and lushness after spending the long dry season in Oaxaca with nary a drop of rain for months.  The gardens here are pretty much on their own and are designed that way.  Ground covers instead of lawns, myrtle, pachysandra and one of my favorites Lilies of the Valley. 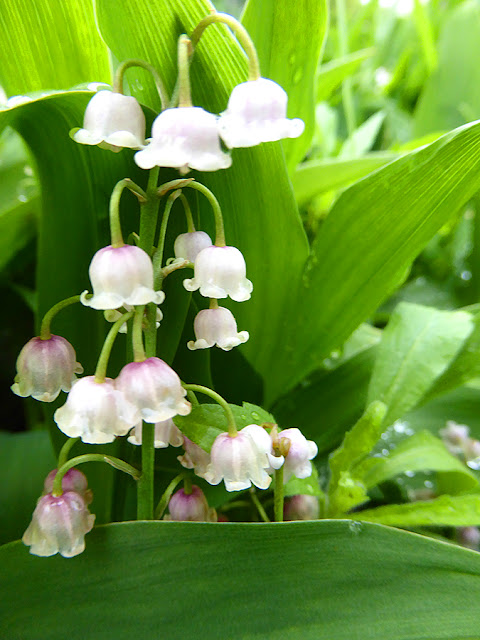 They are invasive and really hardy and their fragrance is sublime.... think perfumes.  It is also satisfying to see things like this dogwood and Japanese maple that I planted as little saplings, now nice sized trees. 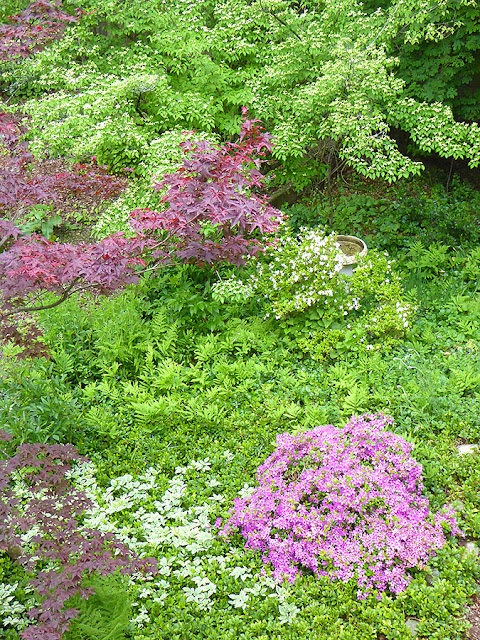 Hostas just keep on coming back and filling out. 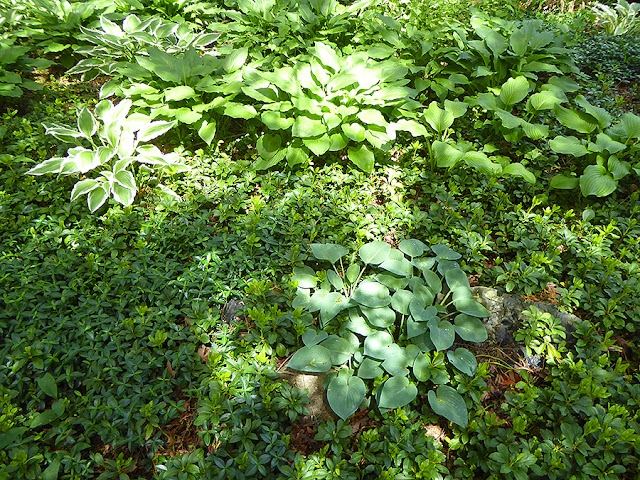 Here's a plant from colonial times, Solomon's Seal, that spreads nicely.  They're the tall ones in back.  I started out with just a couple and I have lots now even after giving tons away.  It's roots look like Jerusalem artichokes. 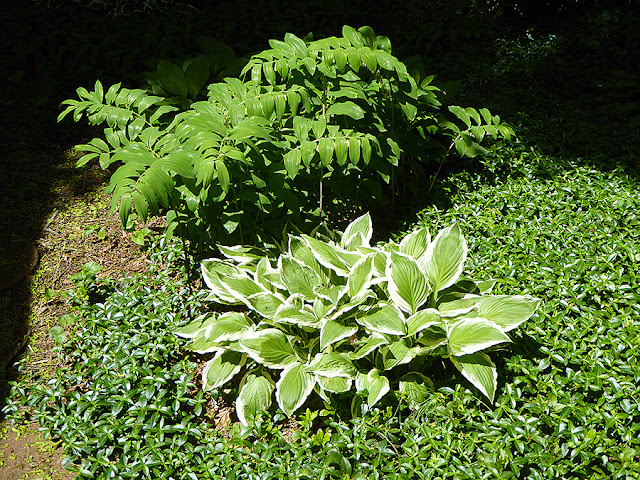 And it has nice little blossoms hiding underneath the leaves. 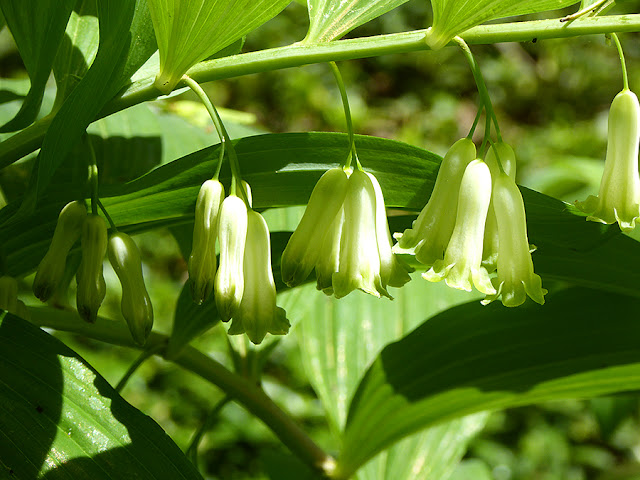 And there are poppies that keep coming back year after year. 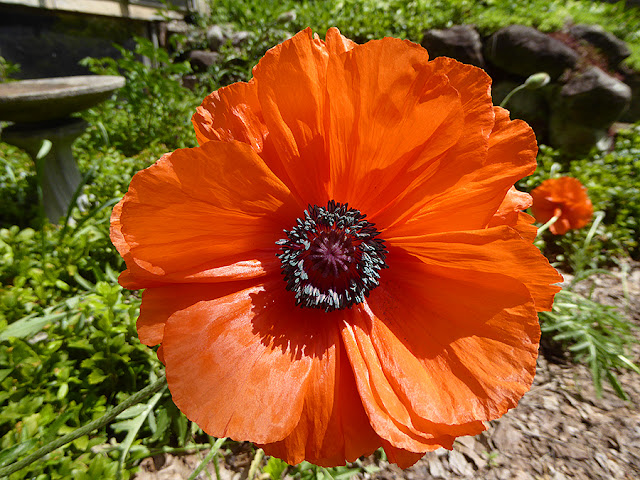 So that's the garden in El Norte.  It lives on independently, asking only that I weed occasionally.  In Oaxaca, I have agaves and cacti, here I have hostas and Lilies of the Valley.  They would love the lilies there.  The story behind them is perfect for the faithful.  From Wikipedia.  "The flower is also known as Our Lady's tears or Mary's tears from Christian legends that it sprang from the weeping of the Virgin Mary during the crucifixion of Jesus. Other etiologies have its coming into being from Eve's tears after she was driven with Adam from the Garden of Eden."

How it started... my obsession with Oaxaca

I am in El Norte and one of my tasks is to assess the Oaxacan art I've amassed over the years.  It is fun work, but much of it is boxed up, so it is turning out to be a big job.  It makes me recall why I got so hooked on the place to begin with.  I remember reading that if I ever went to Oaxaca I could meet the "Picasso of woodcarvers, Manuel Jimenez."  I thought that sounded like a cool thing and so... I did.  He was an wonderful character and I ended up buying a few pieces from him and his sons over the years.  This buzzard perches in my kitchen. 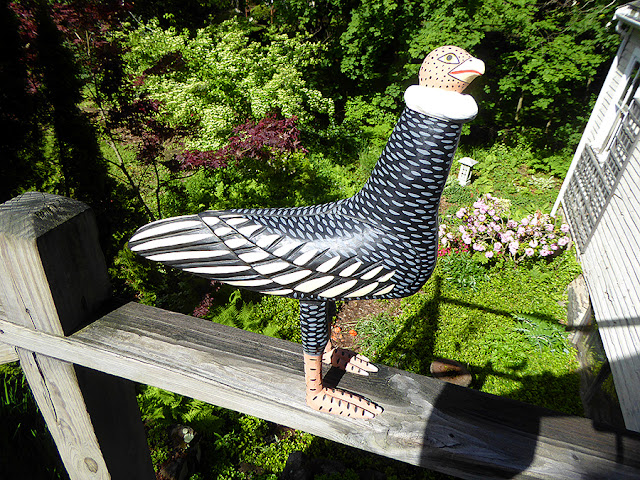 Maestro Jimenez passed in 2005, but his sons, Angélico and Isaías, continue to carve in Arrazola. 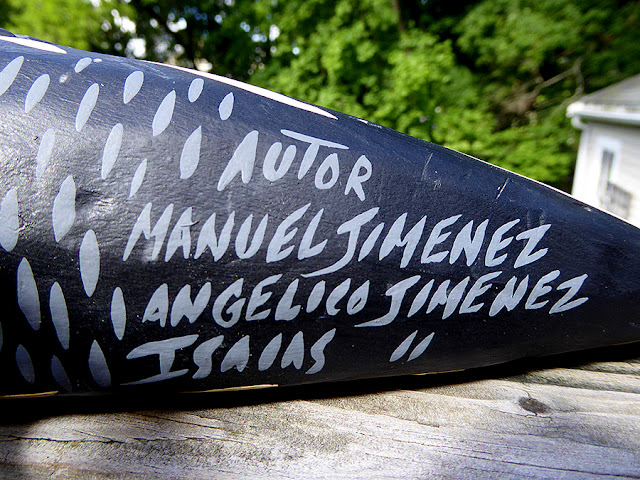 After a few years of collecting carvings, I starting commissioning pieces and, as a musician, it made sense to have the carvers make music stands.  It was a ten year project and I have over sixty of them and not only are they unique, they are also some of the best examples of their creativity and genius.  Here are a couple by Agustín Cruz Tinoco. 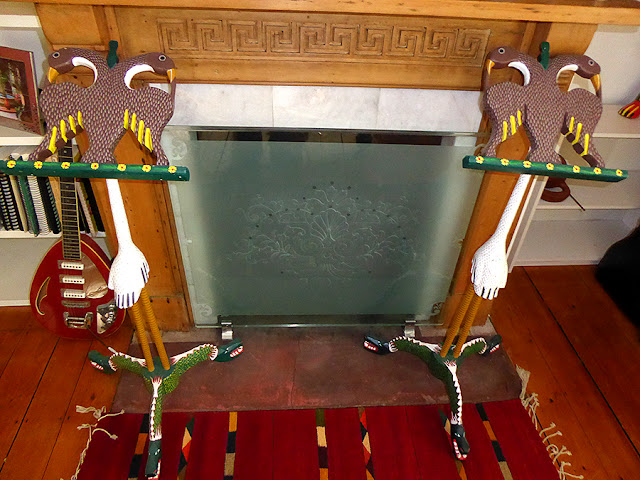 There is a funny story behind these.  They took a while to make and part of the  deal was that I would trade some musical instruments for his sons.  I was a music teacher so I knew what brands to get, the best, and eventually headed down with a valve trombone and a clarinet for the boys.  So when I showed up, Dad was not there and the boys were not sure what to do.  However, when the saw and played the instruments, it was all over.  "He'll kill us, but let's do it."  It was a blast watching them play. The clarinetist was really good and their smiles were so big they could barely play!
Posted by Christopher Stowens at 5/27/2017 09:16:00 AM No comments:


From anger spurns creativity.
Antonio Battaglia, a Guanajuato lawyer, will sell the toilet paper 'Trump' by the end of the year, while leaving a portion of the proceeds to support migrants and their deported compatriots.
The offensive tone used by Donald Trump when referring to Mexicans during his campaign days, heading for the United States presidency, motivated Battaglia, who sought to generate a message to make it clear that Mexicans are not "Bad Men."
"It caused me a nuisance and I started looking for a way to do something that had an impact, not in a tone of mockery or bad revenge, but in a positive way," he said in an interview with Expansión.
"I tried to register a brand of clothing or footwear, because my family is dedicated to the production of shoes, and there I thought it was a possibility, but the 'Trump' brand was already registered. Then came the idea of ​​producing a toilet paper, a product that was ironic and that remained in the market for a good time, "he explained.
The idea of ​​the project is to generate a product at an affordable price, and that a percentage of the profit goes to the support of the migrants, a sector affected by Trump's statements and policies.


Mexicans are just reacting to what's been said about them.  They are bright and creative, and like all cultures and subcultures, they have their own unique sense of humor.
Posted by Christopher Stowens at 5/27/2017 08:00:00 AM No comments:

Funny, but at the same time... not really.

Look through any window....

One of the first things that captured me about Oaxaca was the color palette and the architecture with its doors and windows.  I was gonna do a book... but I didn't. 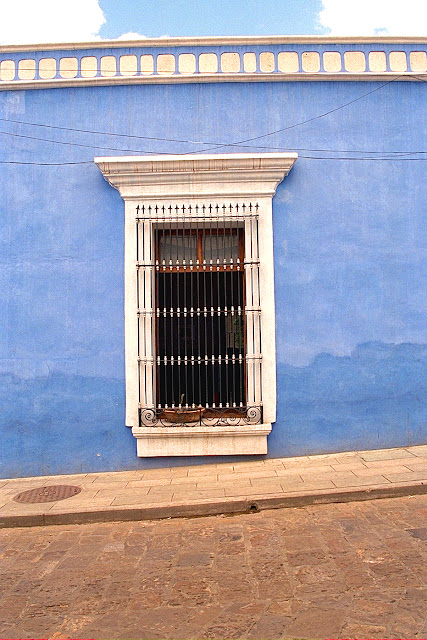 I don't think we are in Kansas anymore. 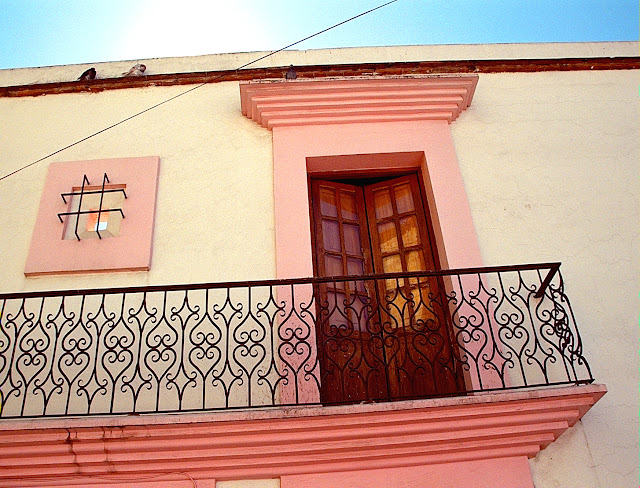 How about the old shot of the Salon del Fama, "The Hall of Fame."   I used it as a cover photo on one of my CD's. 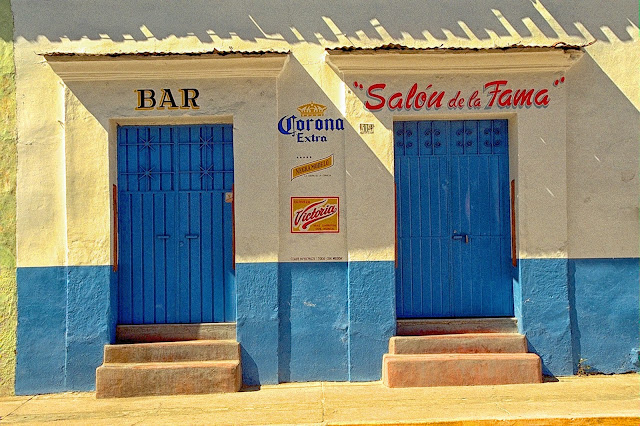 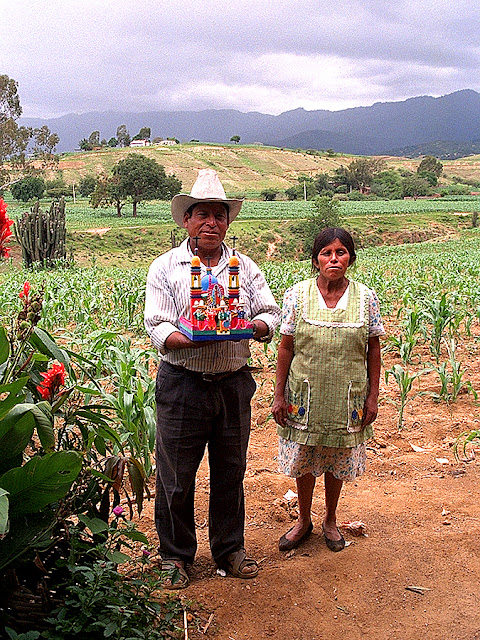 "Would you like to see a church entirely made from wood?"  Those were the first words I heard from Yolanda from La Union Tejalapam, the carving village north of the city.  Her husband, Maximino Santiago García, is one of the most famous carvers in the village.  The above shot is from 1999 and this one from the following year during the dry season. 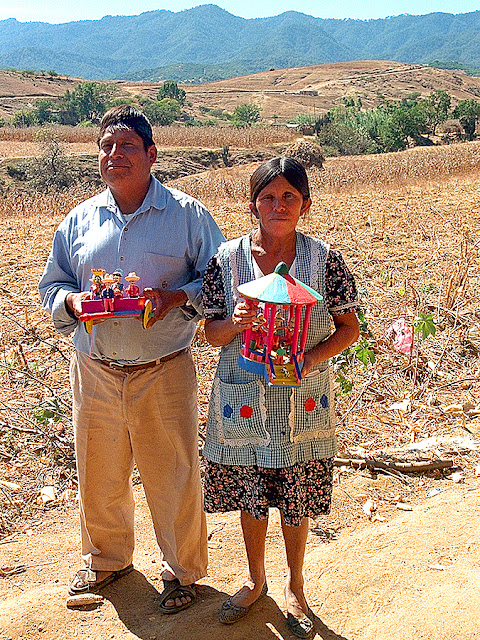 In fact, the extended Santiago family comprises most of the the artesanos in the village.  It is a large and very talented family.  There was a time when I was obsessed with Oaxacan carving and ended up having several thousand pieces, many from La Union.  I have a couple of these churches "made entirely from wood." 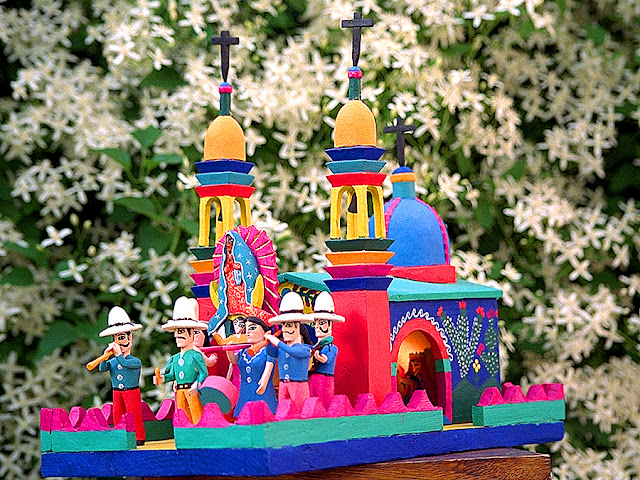 I love the colors and the details. 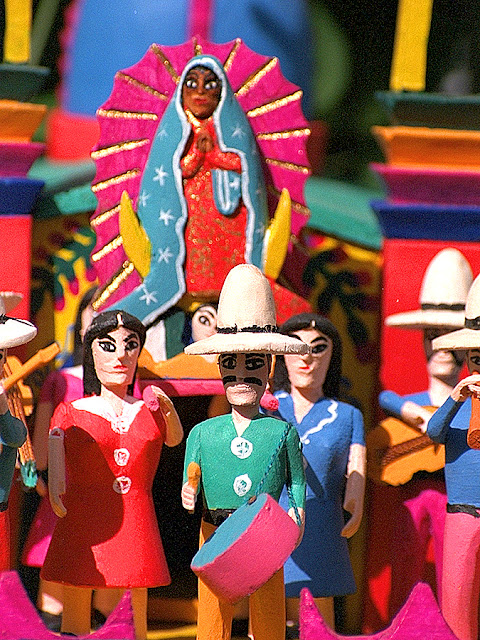 They are still making wonderful pieces and it well worth the trip to the village which is about 30-45 minutes from the city.

Gotta little work to do.... 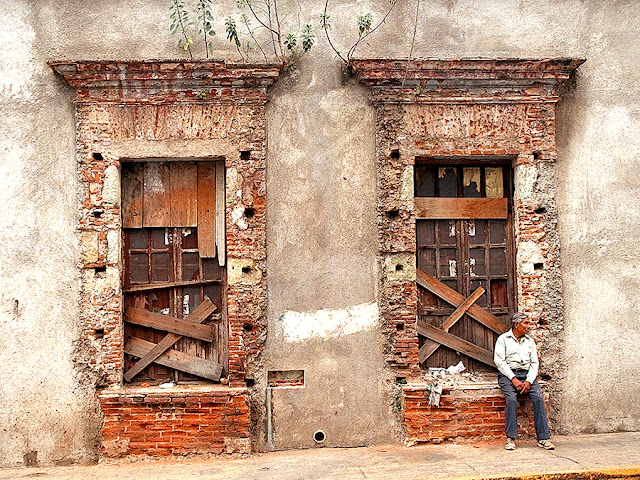 Sometimes, I feel like I am a maintenance man bouncing between two houses.  However, I do enjoy it.  Last week it was a water leak in Oaxaca and now, in El Norte, it's gutters and painting.  At least, it's not frozen pipes like last time.  It will give me time to catch up on all the Oaxacan photos and take advantage of fast upload speeds.
Posted by Christopher Stowens at 5/17/2017 03:50:00 PM No comments: 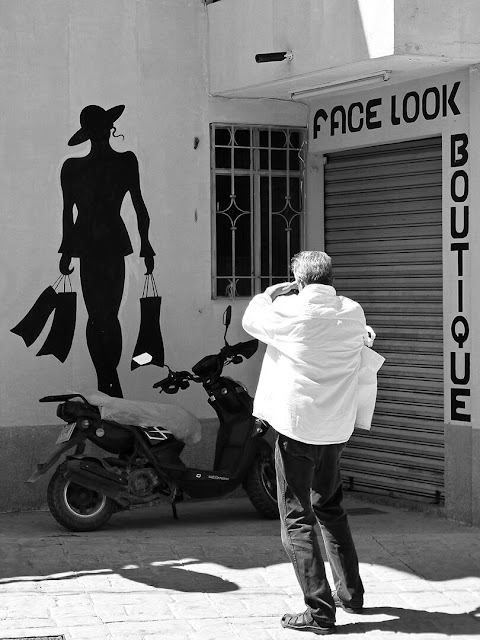 From the "illustrious" David Brooks no less.....


"We’ve got this perverse situation in which the vast analytic powers of the entire world are being spent trying to understand a guy whose thoughts are often just six fireflies beeping randomly in a jar."

A clean slate.... this from the little park, the home of the statue of Alvaro Carillo, at the top of the pedestrian walkway, the Alcala, which has recently been completely restored.  This wall is normally the site of street art and graffiti tags.  It was so nice to see the newly cleaned fountain in front of a freshly painted wall.  How long will it last?  Probably not that long. 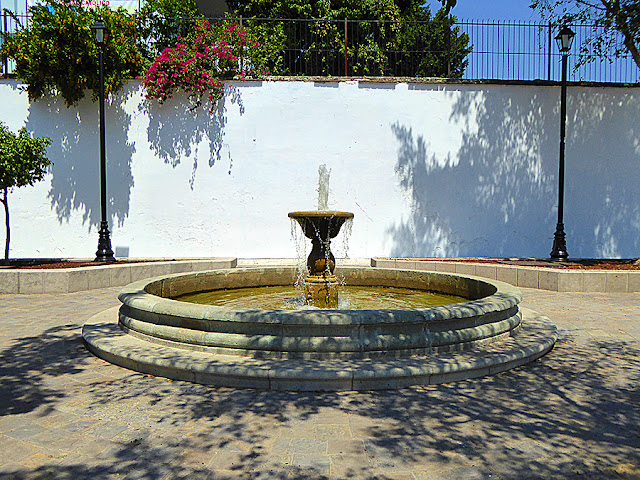 In a different part of town, at the base of El Cerrro, the ubiquitous hand-painted concert announcements which come and go every week. Now that's a band name.... The Night of the Witches. 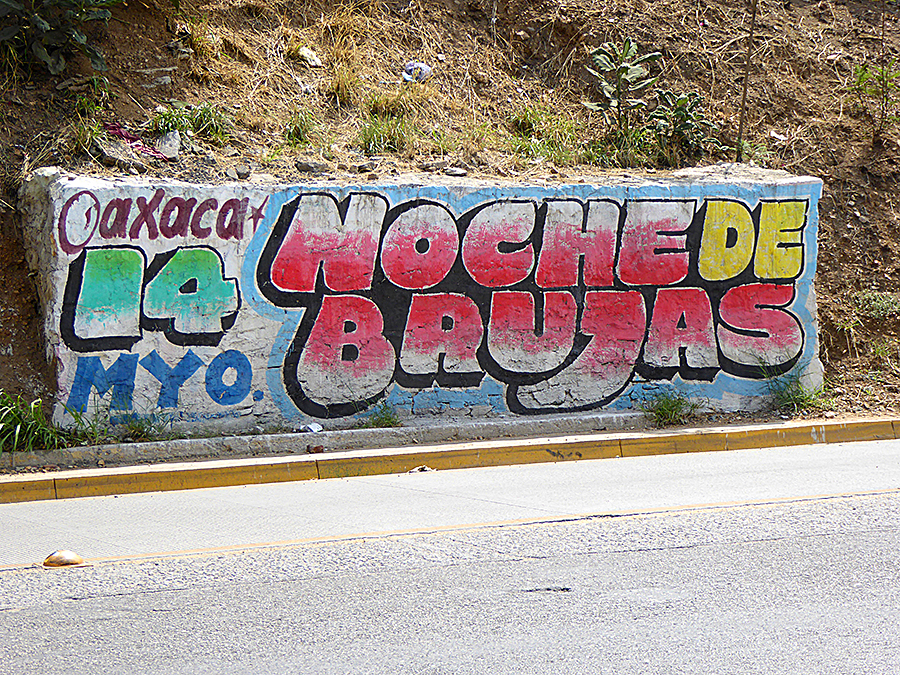 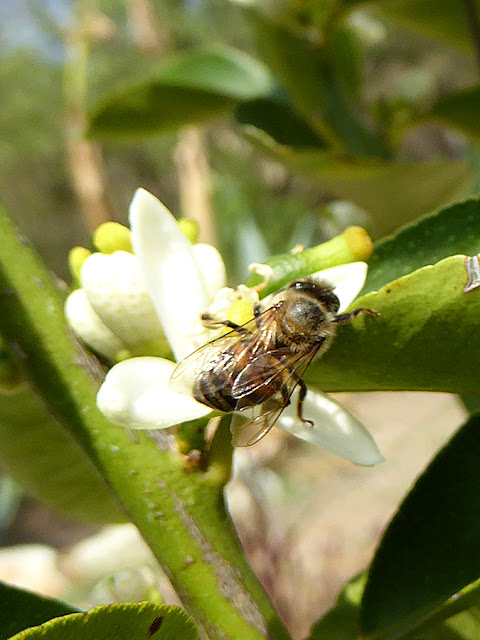 There has been a little rain, so things are starting to wake up from the long dry season.  Trees and shrubs that had no leaves just a few weeks ago are now filling out.  And this little lime tree is covered with flowers which, in turn, draw the bees, who do their thing. 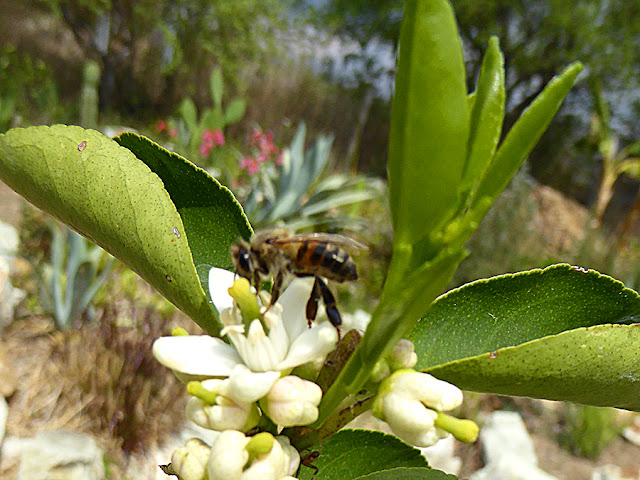 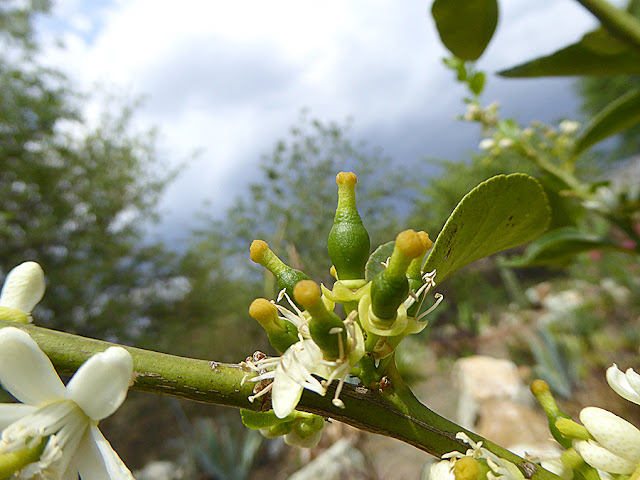 Nothing better than fresh limes right off the tree, their taste and fragrance, sublime.  It won't be long
Posted by Christopher Stowens at 5/06/2017 10:07:00 AM No comments:

Cinco de Mayo is big in El Norte.  Not so much here, except in Puebla.  So here are some flor de Mayo to celebrate the day.  I remember buying this plant as a fresh cutting from some very young girls at the market in Tlacolula.  It was obvious that they had just whacked them off with machetes to bring to the market.  Now the cuttings are turning into little trees.... and their fragrance is wonderful. 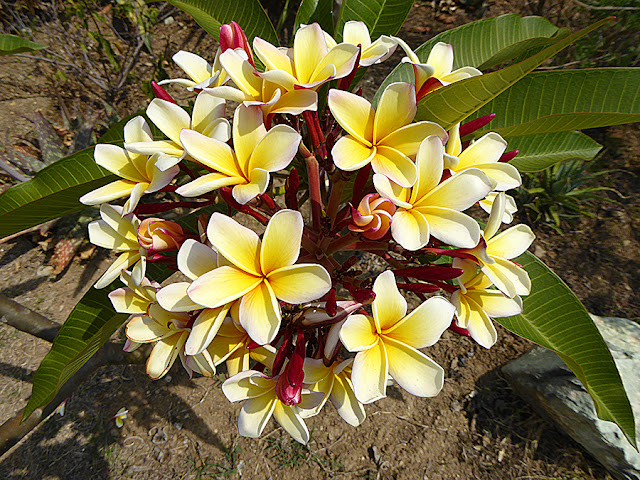 Sad to see that the orange man in the White House cancelled Cinco de Mayo celebration, but hardly surprising.
Posted by Christopher Stowens at 5/05/2017 04:44:00 PM 4 comments:

It is the end of the dry season and there have been decent rains recently, however, they are very localized.  Often, I can see the rains off in the distance, but they don't make it here.  I live to the north of the city and this side has more water than most anywhere around.  Still, it is a scarce commodity and the prices of water trucks, pipas, have gone up $150 pesos from $500 to $650 ($26 US to $34).  These trucks hold ten thousand liters.  This house has a rain collection system which gets me through most of the year, but I ended up needing three pipas just to keep the gardens and me alive.  My supply is very close and when they delivered yesterday, the driver said they only had enough for two pipas a day.  That's very little and means the aquifers are low.  The rains will help alleviate this in a month or so. So water is very precious and I had big problems of my own as I was losing lots. 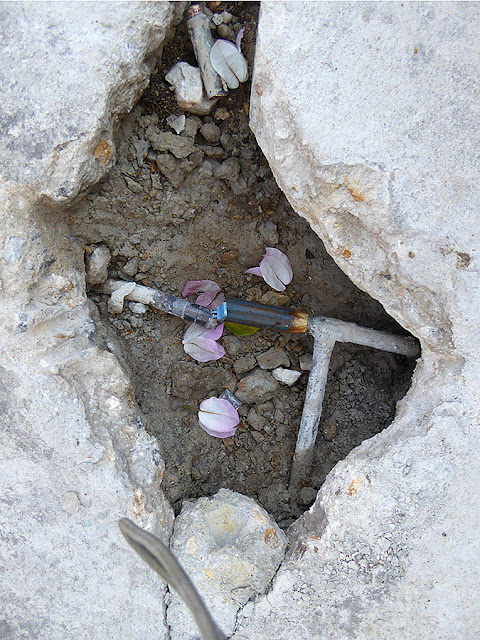 The reason I needed the third pipa was that I had a leak in the system and was losing water from the tank on the roof.  It took me a couple of days to notice the problem.  Then a day or two to figure out where the leak was.  I had to dig up the concrete to get to the pipe and then had to figure out a temporary fix until I can cap off the problem pipe.  But hey, this is Mexico and there is always a solution, which normally uses duct tape or a paper clip, but in this case it was a whittled down piece of broom handle and half a plastic clothes pin.  I like the four leaf clover on the pin. 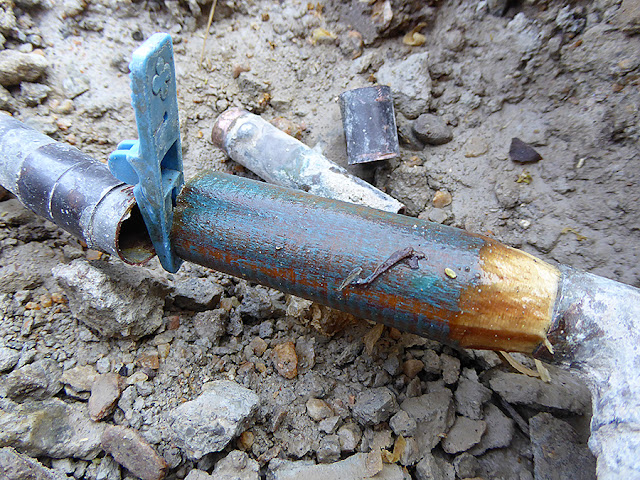