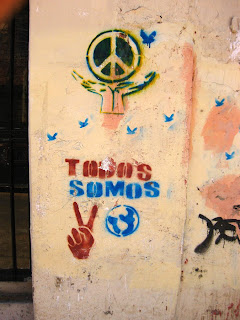 It's a big day in the city as the Guelaguezta, the big dance festival is about to begin. The place is hoppin' with lots of tourists from Mexico and a few from the States and Europe. There is a desfile or parade late this afternoon. There is also a heavy police presence in case there are any attempt to disrupt any events. 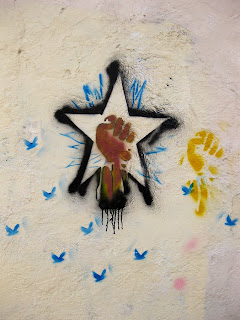 But first... a little graffiti. 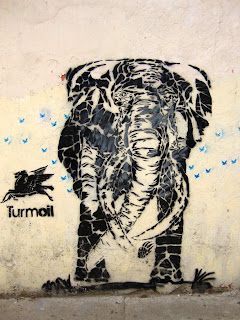 June 14, 2006 was the day that Gov. Ulises Ruis sent in riot police to break up protests. It was a critical day and it led to the economic disaster that has befallen this cultural treasure of a place. 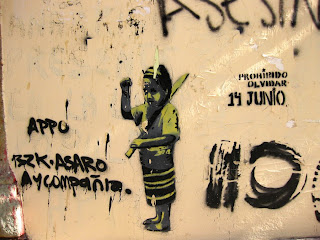