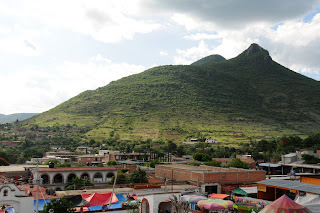 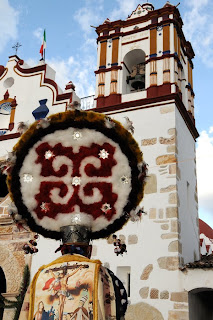 Yesterday, we were invited out to visit good friends in Teotitlan del Valle, the Zapotec weaving village. I shot over 350 photos and a good chunk of video, so it will take some time to filter through to find the nuggets. I am always very happy if I get 10%, so that means maybe 30 or so, which would make a heck of a post, so I guess I will do it as a series. 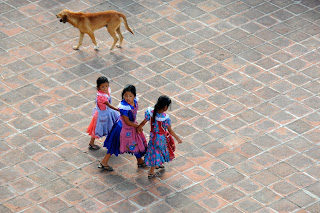 We started at the home of master weaver, Zacharias Ruiz and his sons, Antonio and Betto. Here's Antonio and his daughter. 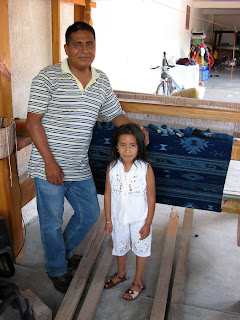 His mother, Zach's wife, Emelia, is one of the best cooks I have ever had the pleasure of meeting. 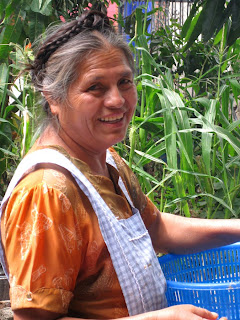 Hands down, her molé negro is the finest I have ever had. Yesterday, she made what seemed like hundreds of tamales filled with molé amarillo y pavo(turkey). 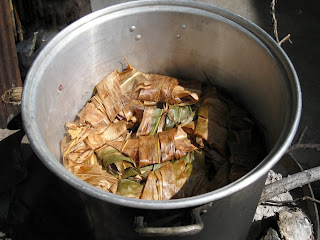 They proudly said that the corn came from their land the the turkeys from the backyard. They were delicious. I ate maybe, ten, but Zacharias put away at least twenty. 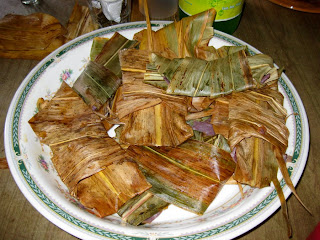 So after a few beers, some mescal, homemade tortillas (nothing like 'em) salsa and tamales, we were off to the church to watch la danza de las plumas, sometimes called the dance of the conquistadors. I was with Henry Wangeman of Amate Books and he showed me the way to get up into the bell tower overlooking the whole village, a spectacular place from which to shoot. 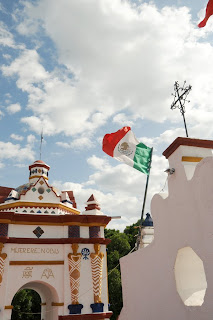 Henry split, but I stayed up there and eventually someone came up to kick me out, but after talking to him, he said, "You're OK, you can stay, but hide yourself and don't let anyone else up here." 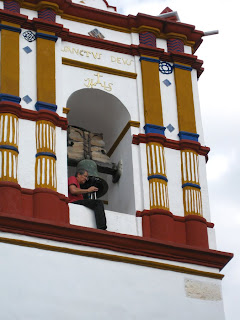 The danza de las plumas has been danced in this village for over 500 years and probably existed in some other form for years before. This place has almost 2000 years of history. 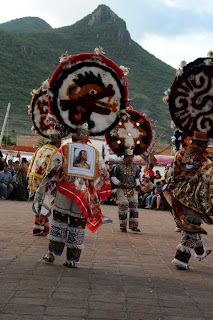 More about it in the next post, but here are a few shots. 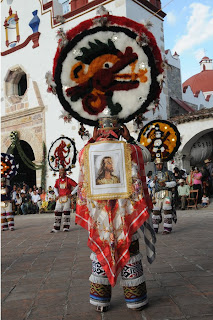 The dance began at about five in the afternoon with the band playing under a huge tree. 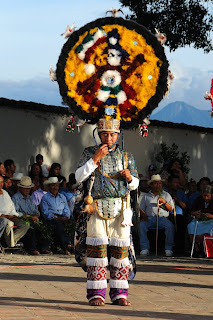 Here is one of the principles, a real cutie and a great dancer. 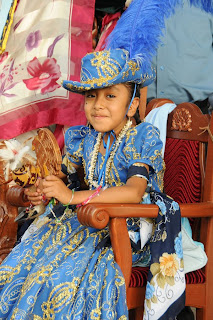 There is often nothing more substantial to place against the cruelty and indifference of the world than the caring with which you reveal and share Oaxaca.