Who knew?  I thought the burrito was a Tex-Mex thing, but no..... A little history from Wikiland.


Before the development of the modern burrito, the Mesoamerican peoples of Mexico used tortillas to wrap foods, with fillings of chili peppers, tomatoes, mushrooms, squash, and avocados.[3] The Pueblo people of the Southwestern United States also made tortillas with beans and meat sauce fillings prepared much like the modern burrito.[4]
The precise origin of the modern burrito is not known. It may have originated with vaqueros in northern Mexico in the nineteenth century;[3] farmworkers in the fields of California's Central Valley, in Fresno and Stockton; or with northern Sonoran miners of the 19th century.[2][5] In the 1895 Diccionario de Mexicanismos, the burrito was identified as a regional item from Guanajuato and defined as "Tortilla arrollada, con carne u otra cosa dentro, que en Yucatán llaman coçito, y en Cuernavaca y en Mexico, taco" (A rolled tortilla with meat or other ingredients inside, called 'coçito' in Yucatán and 'taco' in the city of Cuernavaca and in Mexico City).[6]
An often-repeated folk history is that of a man named Juan Méndez who sold tacos in a street stand in the Bella Vista neighborhood of Ciudad Juárez, using a donkey as a transport for himself and the food, during the Mexican Revolution period (1910–1921).[7] To keep the food warm, Méndez wrapped it in large homemade flour tortillas underneath a small tablecloth. As the "food of the burrito" (i.e., "food of the little donkey") grew in popularity, "burrito" was eventually adopted as the name for these large tacos.[3]
Another creation story comes from 1940s Ciudad Juárez, where a street food vendor created the tortilla-wrapped food to sell to poor children at a state-run middle school. The vendor would call the children his burritos, as burro is a colloquial term for dunce or dullard. Eventually, the derogatory or endearing term for the children was transferred to the food they ate.[3]

Here's a version from Jamba Jamba in Tlacolula.  It was filled with chicken, pork, beef, rice and lots of flavor.  Filling and then some... 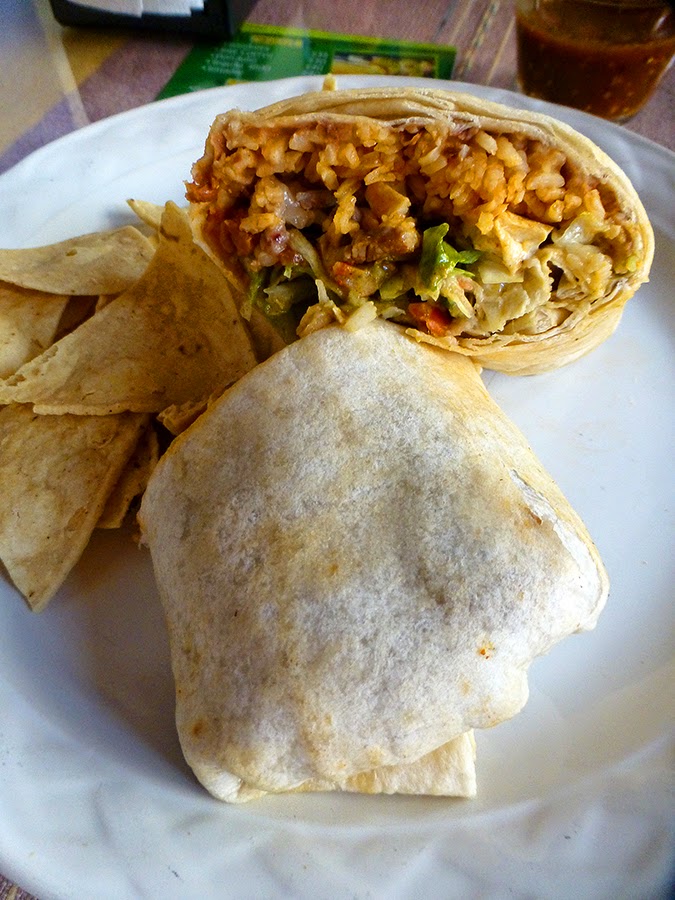 I topped it off with a mocha drink that was outta this world.  Hey, it was really hot out.  I was dehydrated;-) 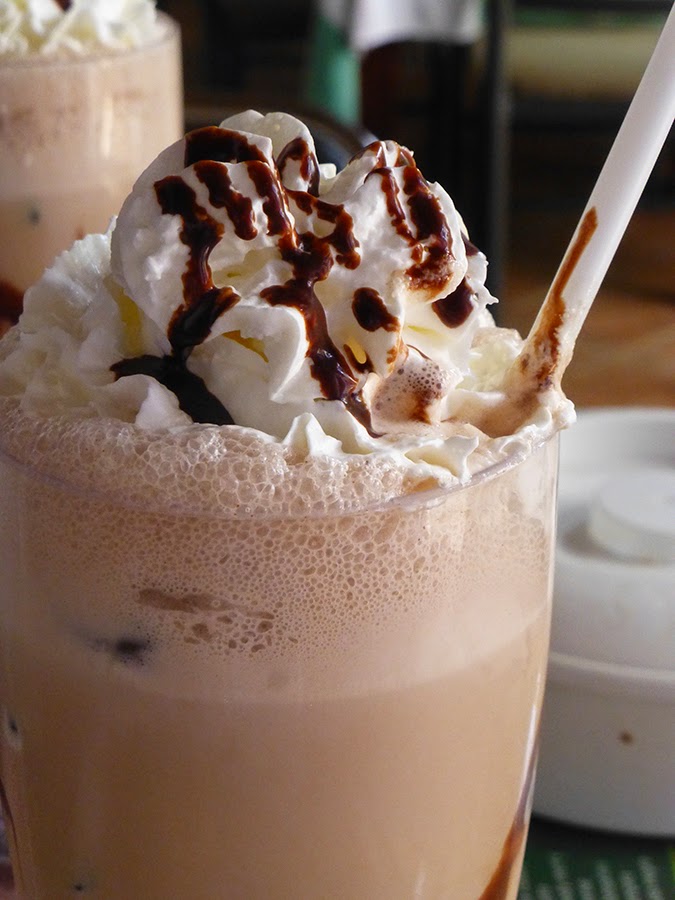