We climbed El Picacho in Teotitlan del Valle yesterday to celebrate el Dia de Santa Cruz.  It was a glorious day and more about that in a bit, but the musical score that accompanied us along the climb came from these insects.  They are about four inches long and there were thousands and thousands of them in the hills around us and all of them were singing a strange song.  It would start with individual clicks and then intensify and all the insects would get in sync for a few seconds and then they all abated in sync.  This went on and on - in fact as I am typing this, they are singing here in San Pablo Etla.  I am sure they are some sort of cicada-like insect and we heard the name yesterday, but.... I forgot it.
Anyone?  Anyone?  Bueller? 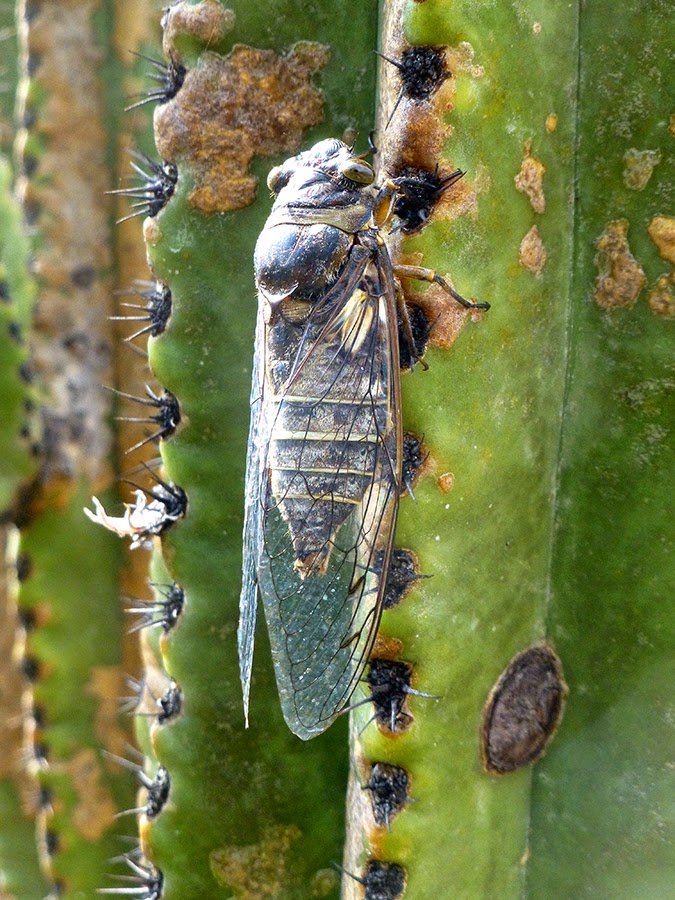 I will put up a video shortly so you can hear the sounds.
And speaking of bugs... 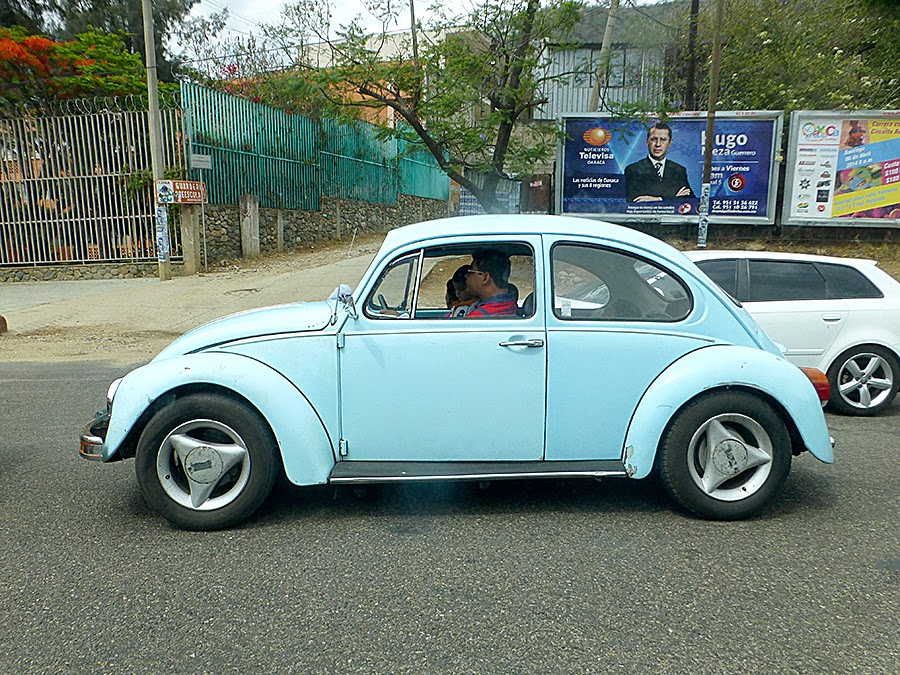 Look at those wheels..... originals?  but to where and when? 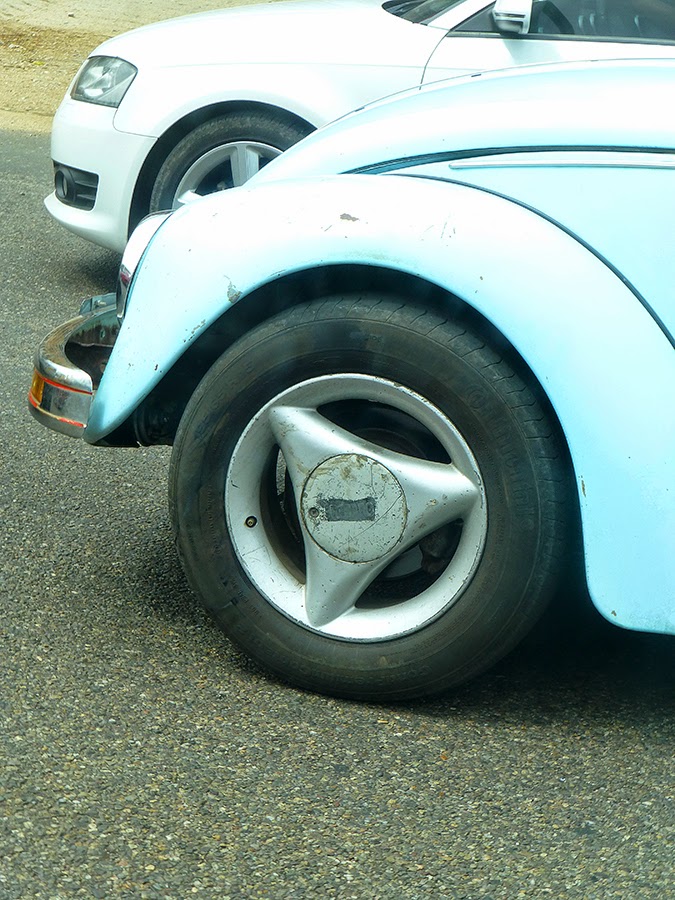 I love the big transparent veiny wings of the Cicada. I think only the males produce the sound/mating song.

Gracias for the confirmation and information.