The conflict in San Juan Copala has been going on for quite some time and has been a local, national and international story for many months.  These sorts of conflicts in indigenous villages crop up fairly often.  Often the villages are remote and are seeking some sort of autonomy or resolution of ongoing conflicts concerning who controls what.

Here are a couple of shots from last week. 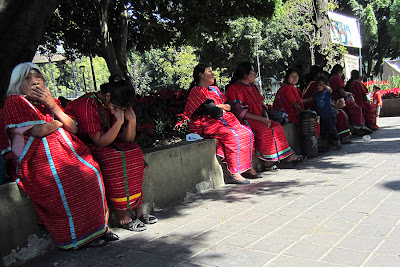 An archway in front of the palacio. 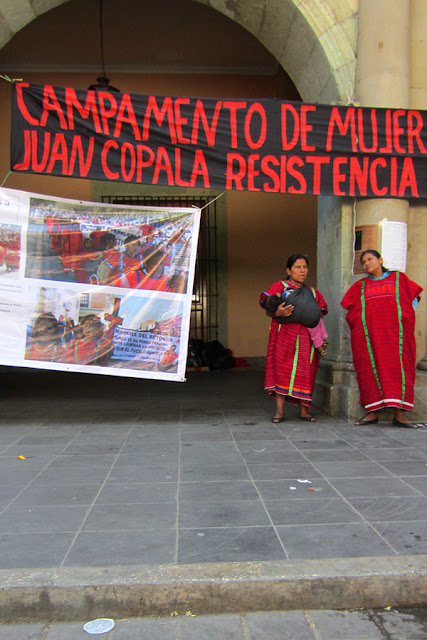 So last week, the Triquis, who have been a presence in front of the Governor's Palace for what seems like forever, began to return to San Juan Copala.

Here is a story from Upside Down World with more information and background.


For seventeen months more than 300 Triqui people from the region of Copala, as it is known, have been displaced due to intense paramilitary violence in their community. Unable to return under fear of harm, the displaced camped out in Oaxaca City, demanding a government response to their situation.

In 2007, the Copala Triqui community declared itself an autonomous municipality, in line with constitutional revisions from 1995 that recognized indigenous practices of coexistence instead of the electorally-based system of political party leadership. This “new” autonomy derived from usos y costumbres, a form of governance based on indigenous practices of leadership rotation and voluntary community service.  The transition to usos y costumbres governance has taken place without much disruption in other indigenous communities, but the specific circumstances of Copala led to significant drama.

The conflict in Copala is not easy to understand, but one version goes something like this. Triqui territory is located in a mineral rich region. When it was discovered that the minerals could be useful for making batteries and other technical components of electronics, government pressure fell on the Triqui people to allow mining rights to foreign companies. Prior to the declaration of autonomy in 2007, government influences had managed to protect business interests in the region, but the transition to usos y costumbres threatened to change the situation. After 2007, the PRI-aligned portion of the community (organized into MULT and Ubisort) were armed and used force to control the section of the village that preferred autonomy. 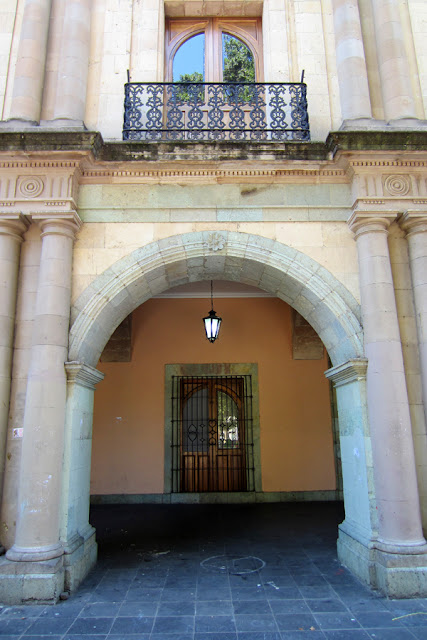 If you look closely you can see a little sticker on the column midway up on the left. 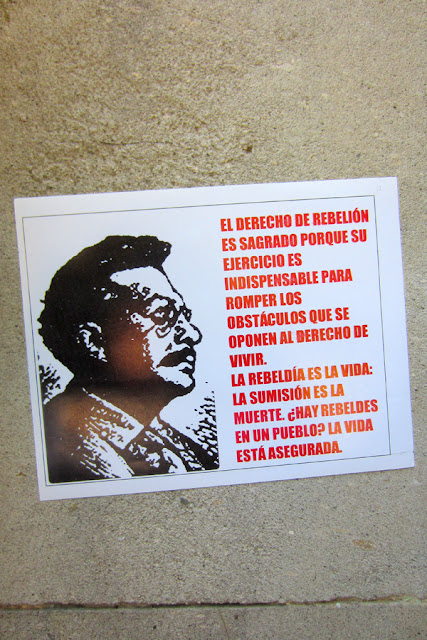 The words of Ricardo Flores Magón:
Rough translation- "The right of rebellion is sacred because its exercise is indispensable to break down the obstacles that are opposed to the right to live. Rebellion is life. Submission is death. Are there rebels in town? Then life is assured."
Posted by Christopher Stowens at 1/27/2012 07:51:00 PM