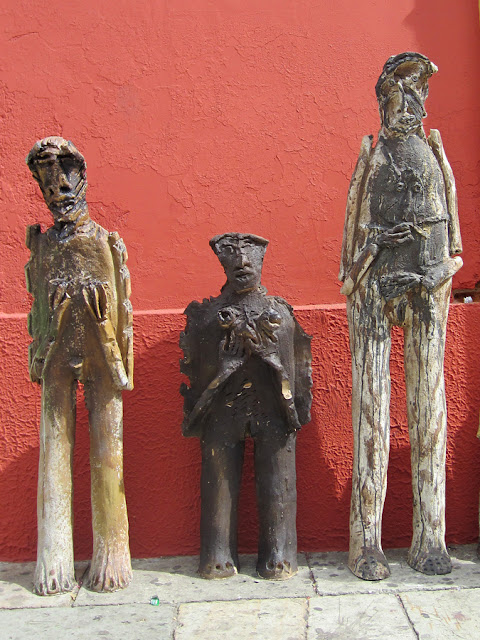 This is the NYT story that is circulating today and it is an interesting one, well worth the read.  As I always say, immigration is a complex issue, after all, most all of us are, or our ancestors were, migrants from somewhere.


The United States is simply not the magnet it once was. Arrests at the United States' southwest border in 2011 fell to their lowest level since 1972, confirming that illegal immigration, especially from Mexico, has reached what experts now describe as either a significant pause or the end of an era.

But this is not a shift in volume as much as direction. Nearly 2 million more Mexicans lived away from their hometowns in 2010 than was the case a decade earlier, according to the Mexican census. Experts say departures have also held steady or increased over the past few years in Guatemala, El Salvador, Peru and other Latin American countries that have traditionally been hubs of emigration.

The migrants are just not going where they used to.

Mexicans, for example, are increasingly avoiding the United States and the border region, as well as their own capital, and are moving toward smaller, safer cities like Merida, Oaxaca City and Queretaro. Experts say more Guatemalans are also settling in Mexico after years of passing through on the journey north.


Read more here: http://www.sacbee.com/2012/01/06/4166566/migrants-new-paths-reshape-latin.html#storylink=cpy
Santa Maria Atzompa is just down the road.  I was there for El Dia de los Muertos.  Yes, there is change occuring and it is significant change.  Not far from Atzompa, we now have a great new multiplex cinema.  The others were on the other side of the city.  I think some of the reactions from the villagers are classic "Get off my lawn" crankiness.  We get older and the changes from what we knew are hard to take sometimes.  However, news bulletin, change is inevitable, like trying to hold back the tides.

And really what do you expect?  The abject hatred for Mexicans that comes from parts of El Norte has had an effect.  The number of deportations is up.  It is harder and harder to get in legally or illegally.  Plus, in case you hadn't noticed, the economy in the States is hurting and here, it is doing better.  So folks are still migrating, but they are moving within country and Oaxaca is such a wonderful place, mexicanos are choosing to come here and with them comes change.  It is a changing world.

Just talk to all the business in the States that have suffered for lack of workers.  Seems like it was a "lose-lose" situation.  Maybe the lessons learned are slowly sinking in and change will follow.  Some of those workers came here and the city has benefited in many ways.  There is a lot of construction, roads are being paved, there is a general feeling that things are improving.  Of course, 2006, was terrible, and Oaxaca is still recovering, but the progress is palpable.