In order to find the dancers in Vista Hermosa, we had to stop and be very quiet and just listen.  Down in the valley there were two other bands playing and for quite awhile we couldn't hear these guys, but once we were over the crest of the hills, the others died out behind us and we just followed our ears. 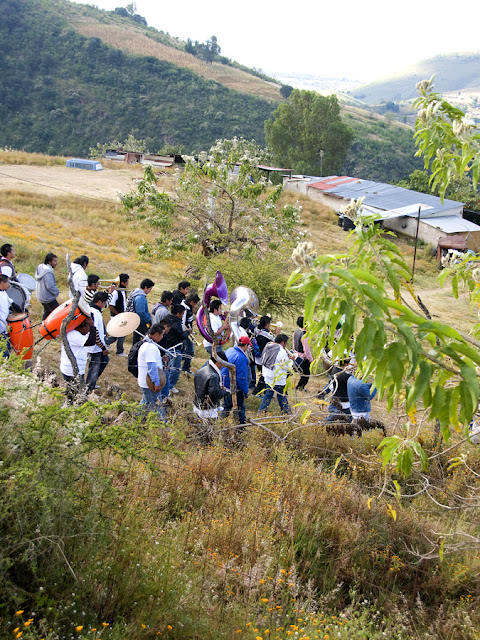 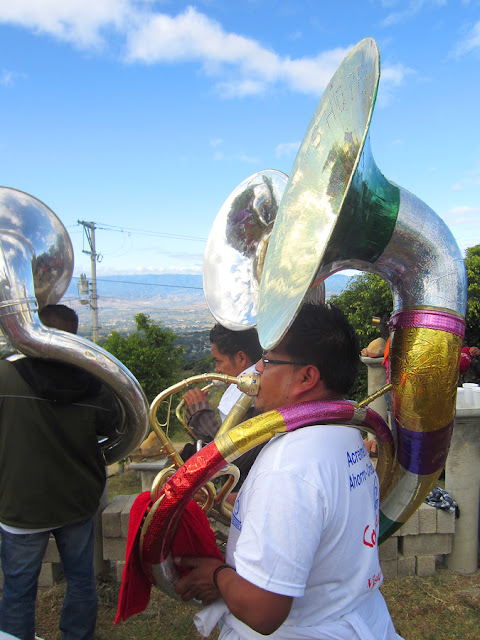 One with a bejeweled mouthpiece. 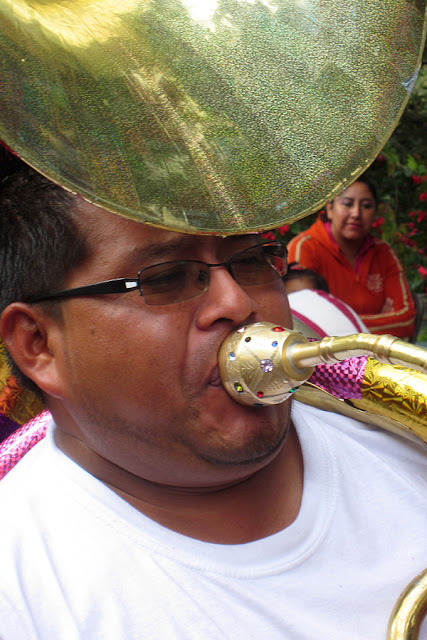 Fast infectious beats that one just had to start moving to.  Some of these guys were killer players, I mean, they could really play.  Every now and then one of them would just start soloing over everything and really wailing.  Fantastic!  And remember, they had been playing for twelve hours already.  As a musician, I can't even imagine it.  These guys have such stamina and they were not holding back at all, just blasting it out over the mountains and valleys.
What a great look.  Not too cool, eh? 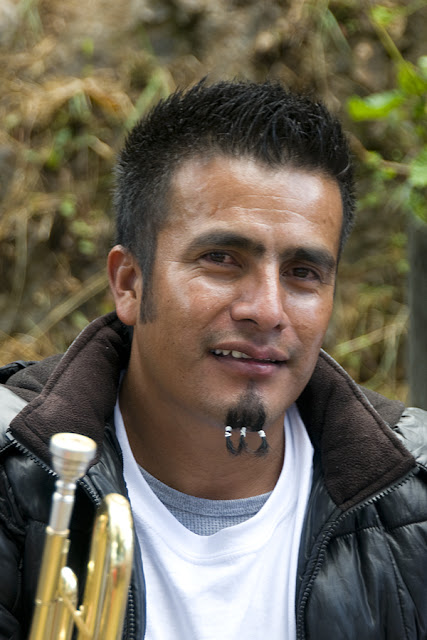 And he could really play. 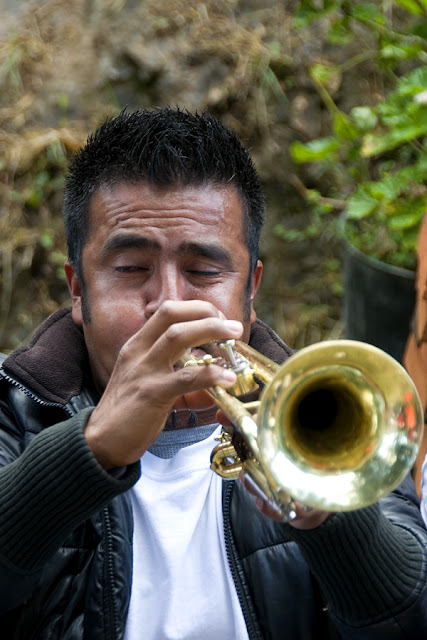 Do you think it was loud? 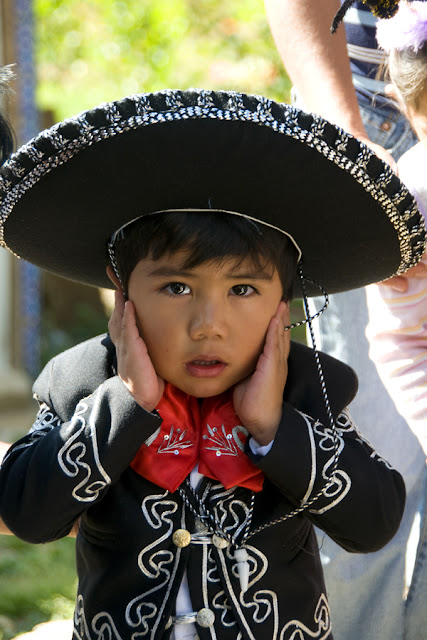