One of the best things that we got to see and participate in was the early morning adventure with the danzantes from Vista Hermosa, which is just up the road... and I do mean up.

For Day of the Dead there are three groups of dancers in the area that go from house to house all night and into the morning.  I have been with each of the other groups a couple of times, from San Jose and San Agustin, but this was a first with Vista Hermosa.  I thought that all three groups met in the end, but Vista does its own thing.

They were not easy to find.  One has to stop and listen, to try and hear the band, to follow the sound.  However, there were other bands playing across the mountains and valleys.  Initially, we only heard them.  We had no sign of our guys so we asked a few people and they all pointed up a steep road.   Oaxaca is already at a mile in altitude and we were well above that, puffing our way up dirt roads until... "I think I hear something."  We made it over a crest and they they were.  This was the first dancer we saw so we knew we were in for a good time. 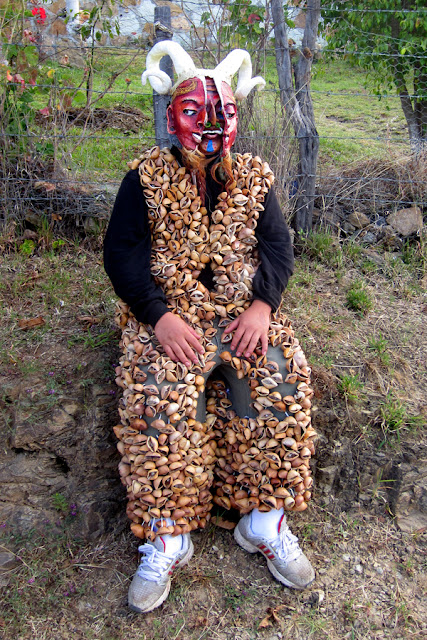 I did an earlier post on the band.  They were killer, laying down infectious, non-stop, fast rhythms and the dancers were in another world. 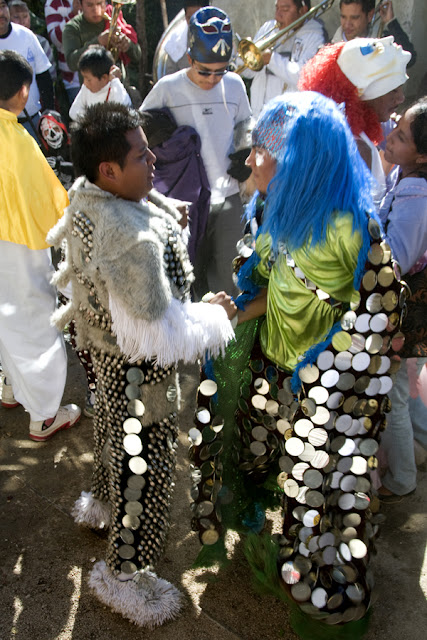 The whole thing had started the night before, so they had been dancing and playing for fourteen hours before we caught up with them. 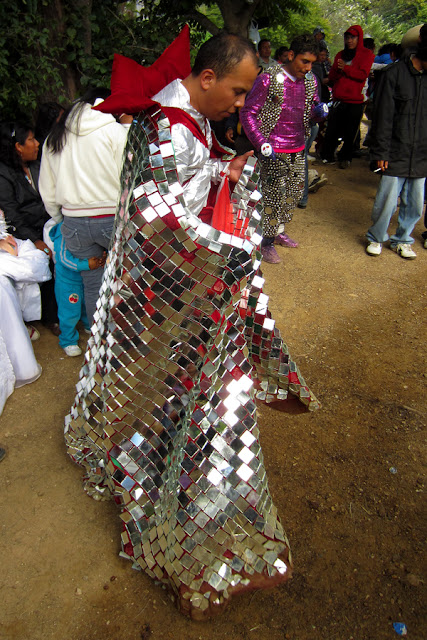 These outfits, covered with bells and mirrors, weigh a ton. 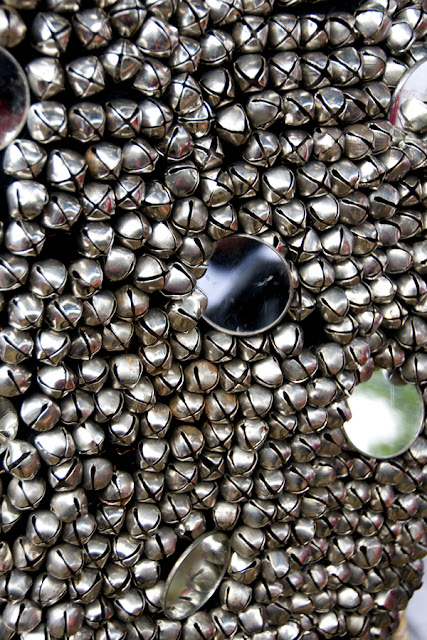 Easy to see why the are so heavy. 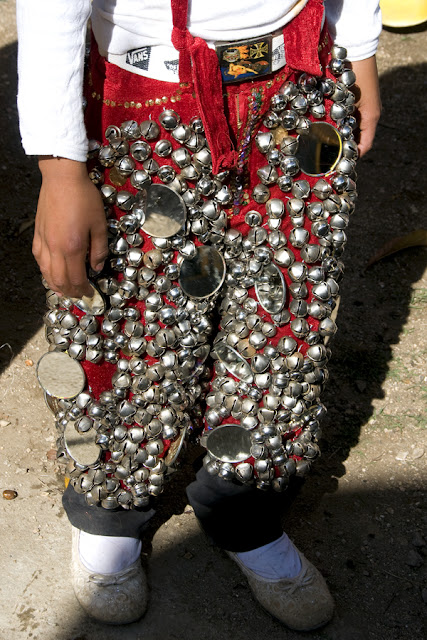 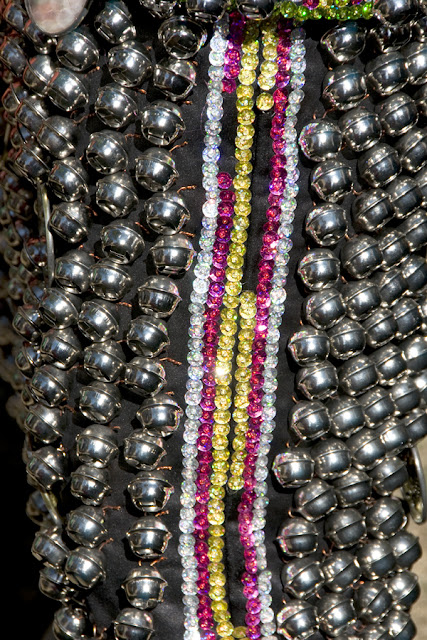 And they come in all ages, showing great pride in their traditions. 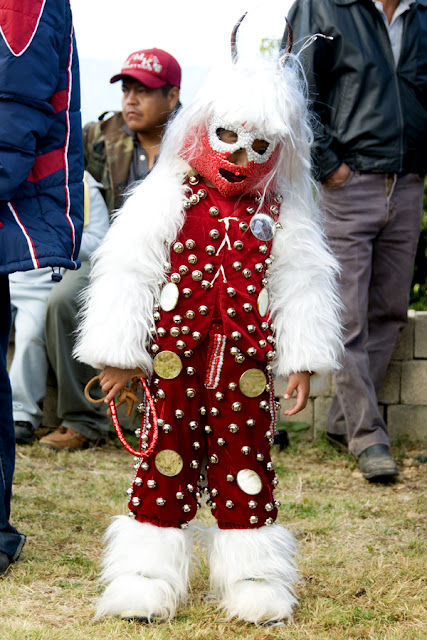 I can't imagine walking with them on, let alone dancing for hours in them. 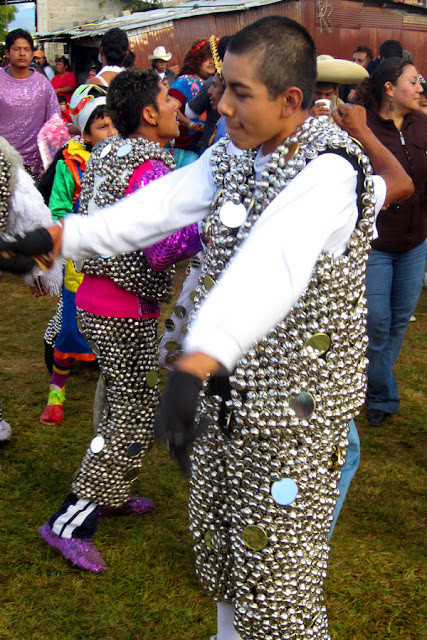 The group goes from house to house where they are welcomed and given food and drink.  The band plays for about 20-30 minutes and then it is off to the next house.  They knew all the back ways down.  It was a much shorter trek than the one we had followed up.  The band led the way and played while we walked.  Having a little mountain goat in you helps.... and some mezcal. 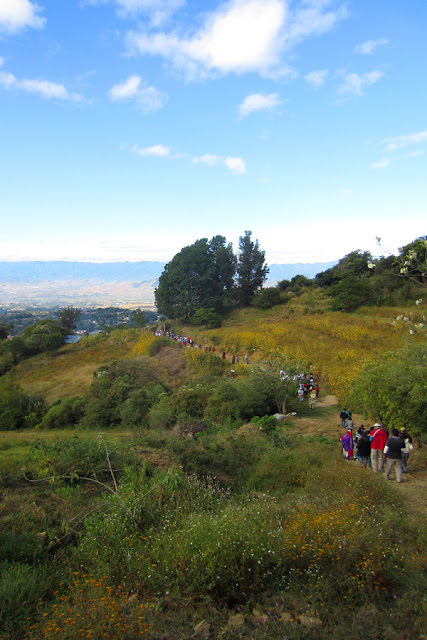 It all ends at ten in the morning in front of the church. 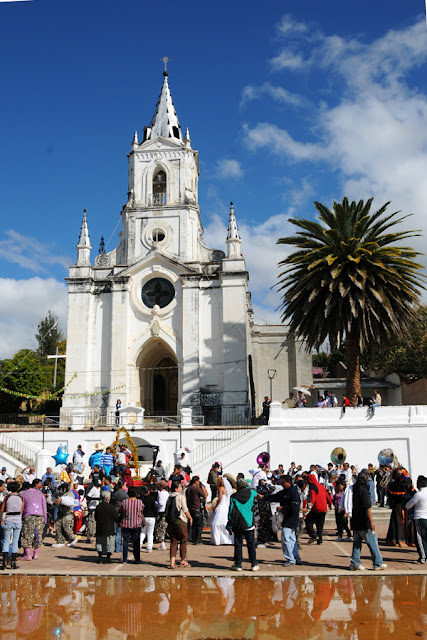 I'll be back next year, ojala.  However, I will head down a little earlier so I can catch the mosh pit melee between San Jose and San Agustin at the foot of the mountain.
Posted by Christopher Stowens at 11/27/2011 10:17:00 AM