If it isn't the blockades...

My favorite vivero or nursery (marked with a star), is on the way to San Lorenzo Cacaotepec, just on the other side of the Rio Atoyac, Oaxaca's main river.  It winds its way south and there are several bridges one must use to get around. 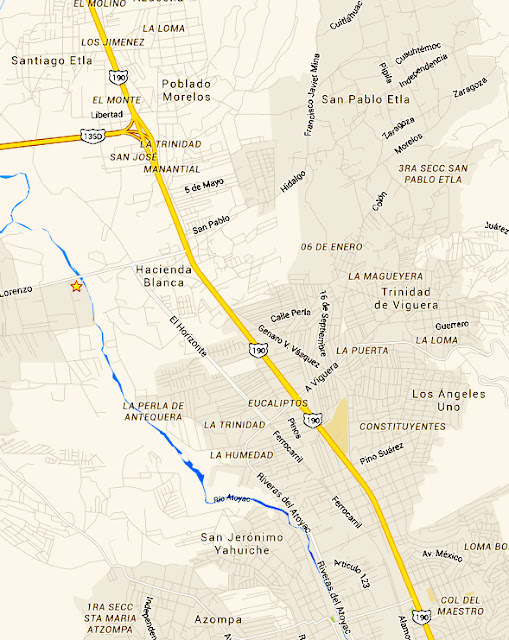 And you can see from the map, it is just beyond the Hacienda Blanca blockade.  Well, it helps to know all the back roads, so I circumvented everything and got there with no problems.... except the bridge over the river is still under construction.  It's been a couple of months with a couple to go. 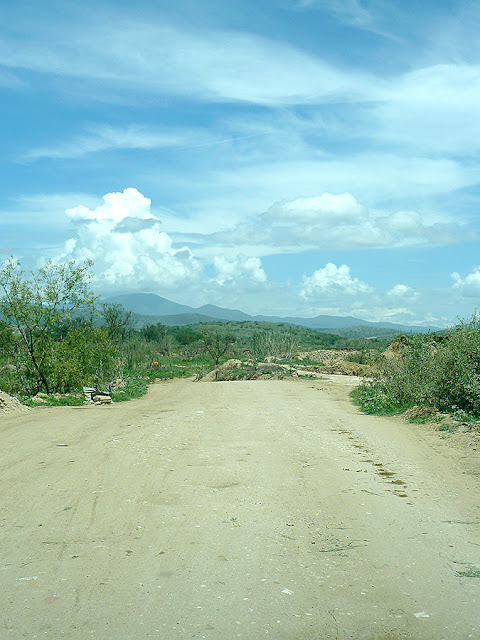 So one has a choice of two detours to take.  I've done this one before I go one way and take the other on the way back. 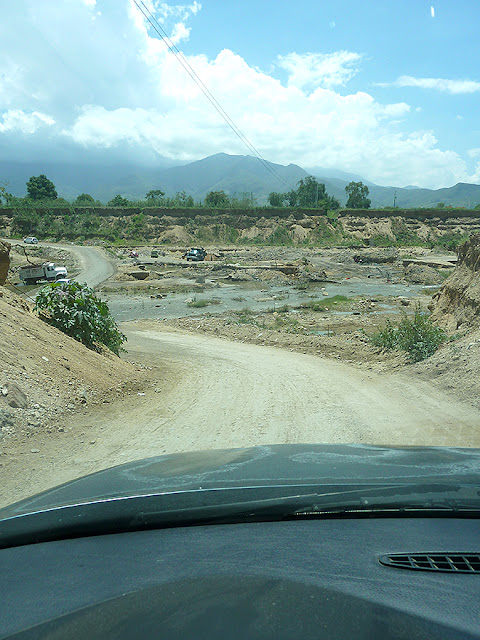 Hmmm... what's that coming up?  Oh, it's a river crossing.  Finger's crossed.  During the dry season, it's easy, but we had good rains last night. 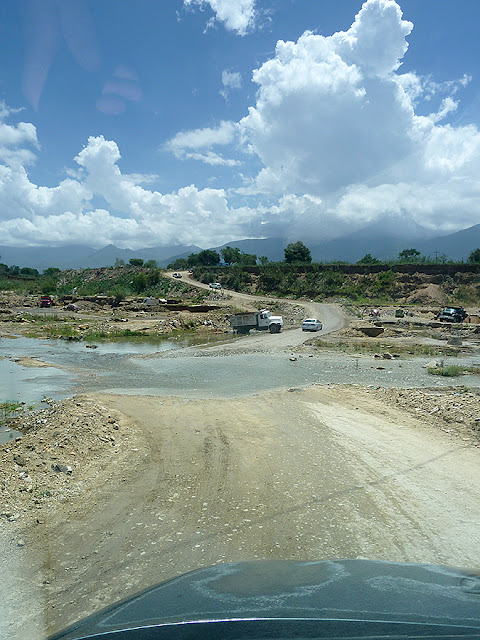 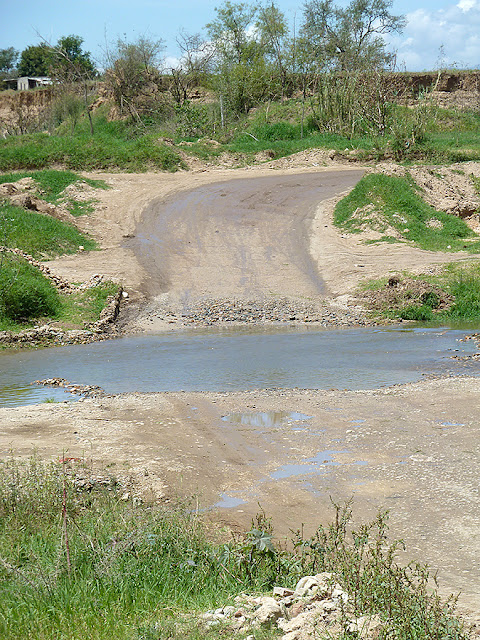 Piece o' cake.  Incidentally, I went through the blockade a couple of times.  First, taking a left to go to the market in Etla, and then on my return.  No delays going south.  You can see a few commercial trucks stopped heading south into the city.   Maybe they have figured out a different way in or have given up for now.  However, the traffic heading north was backed up quite a ways.  They were letting a single lane through, but only cars and some others.  No semis or commercial trucks. 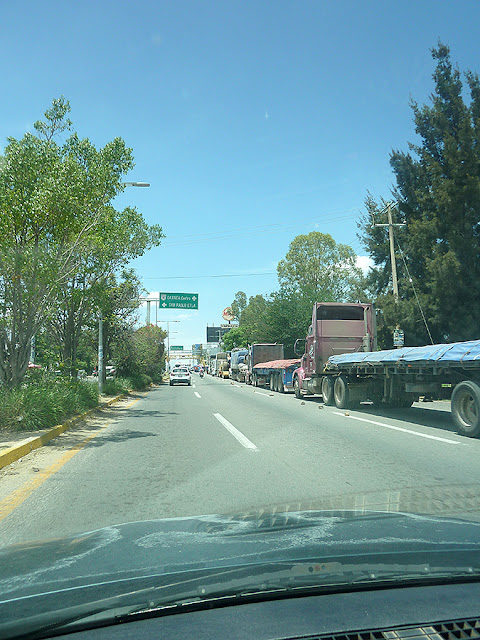 The teachers say they are going to intensify their protests and actions this weekend.  Talks have broken down for now with the feds saying no more discussions until the blockades come down.  Good luck with that.  And the rumor mill says the police are going to try to clear the blockades after remaining invisible for the last week.

I am a horrible person.... well, you already know that, but I am hoping things remain calm so I can get to Teotitlan del Valle on Monday to see the new danzantes and maybe finally find my novia in the convite.  It all starts next week...ojala.
Posted by Christopher Stowens at 7/01/2016 05:20:00 PM