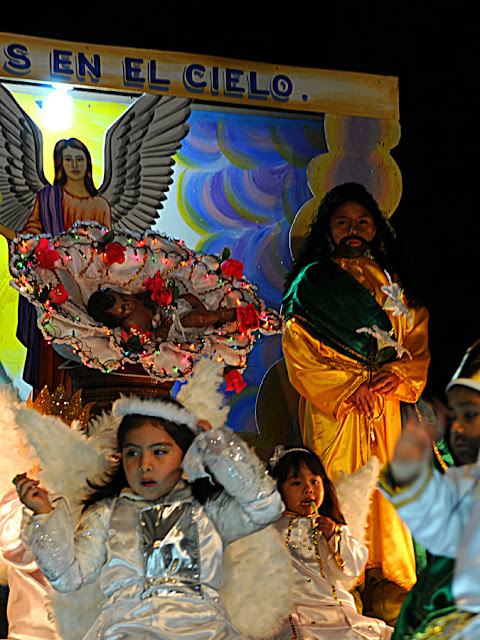 While the light show was being projected on the cathedral. processions were snaking their ways through the streets, which were packed. 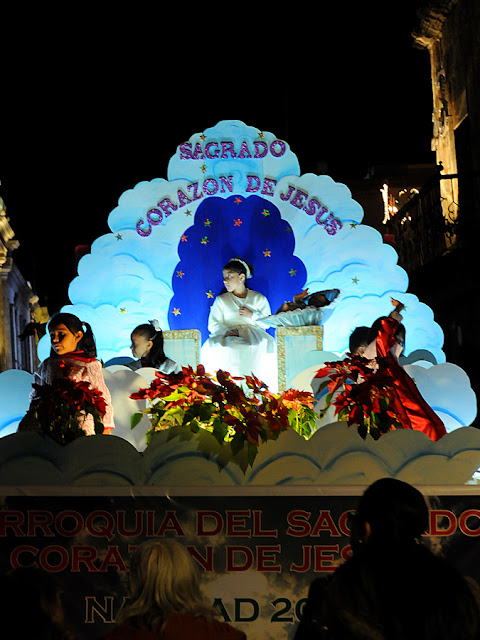 The 24th is the end of the celebration known as Las Posadas, a nine day event.  As they do each year, various churches groups paraded into El Centro with nativity scenes mounted on flatbed trucks. Each was led by a band and followed by people carrying candles and lanterns. 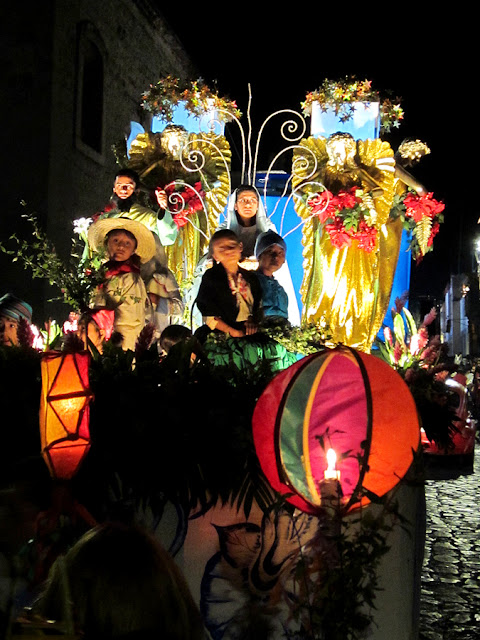 There were firecrackers and pinwheels galore. 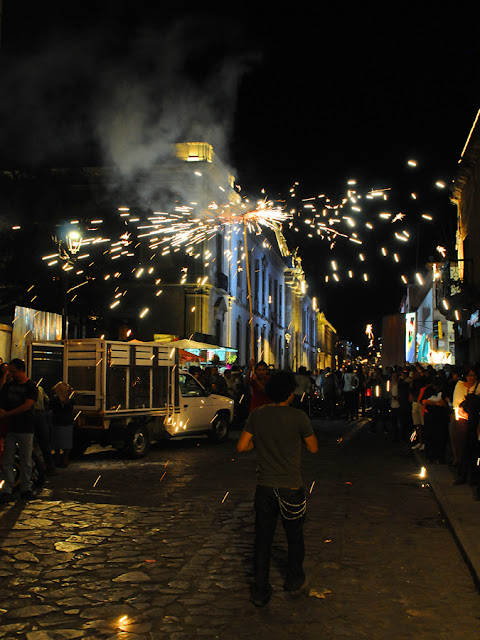 The Three Kings were there. 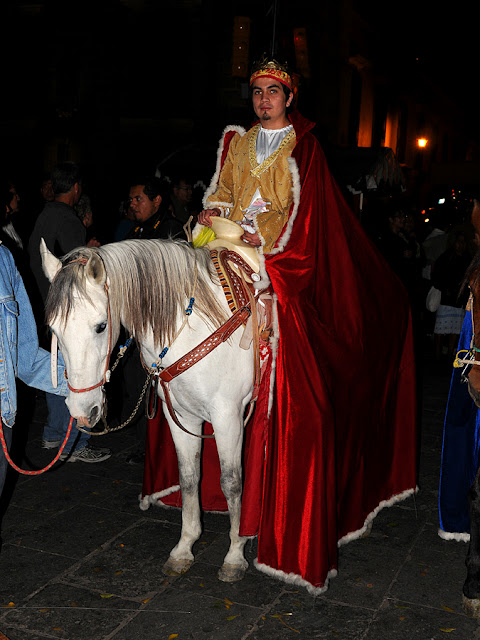 The only problem was that the light show made getting into the zocalo impossible,  Normally, the groups enter the zocalo and keep going around until the place is packed with bands, floats, trucks, fireworks, people, all in a wonderful cacophony. 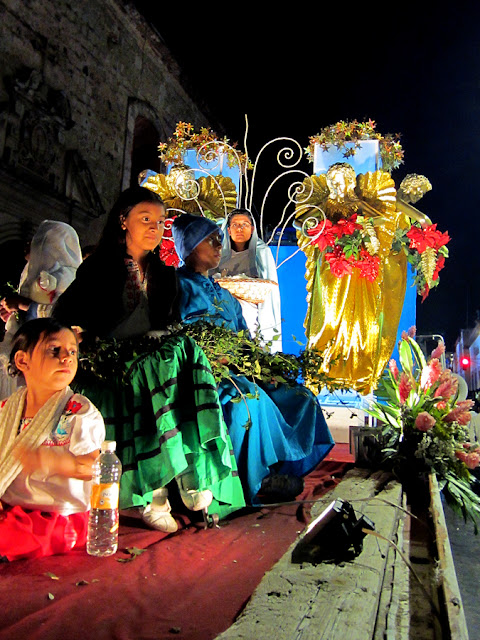 This year, I don't think there was any plan at all.  We would see one group coming towards us and then turn around and see another group on a different street going in a different direction.  We ran around and had a blast, but no one in the crowd had a clue as to where to go.  Watching the cops direct traffic through it all was a total trip. 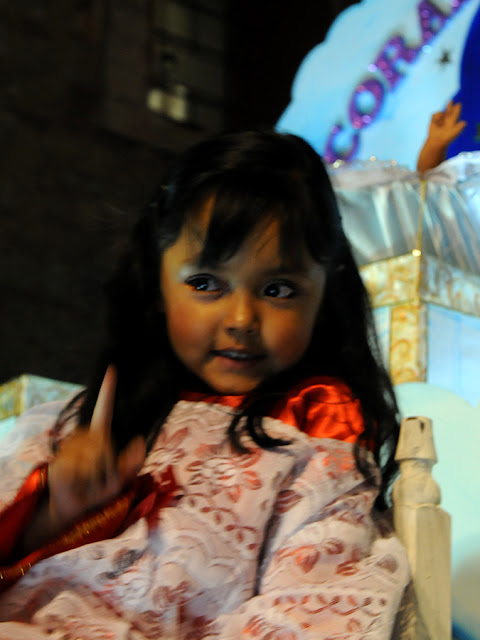 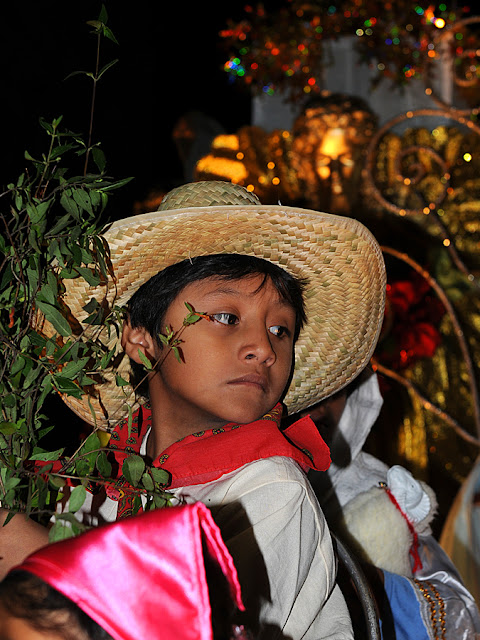 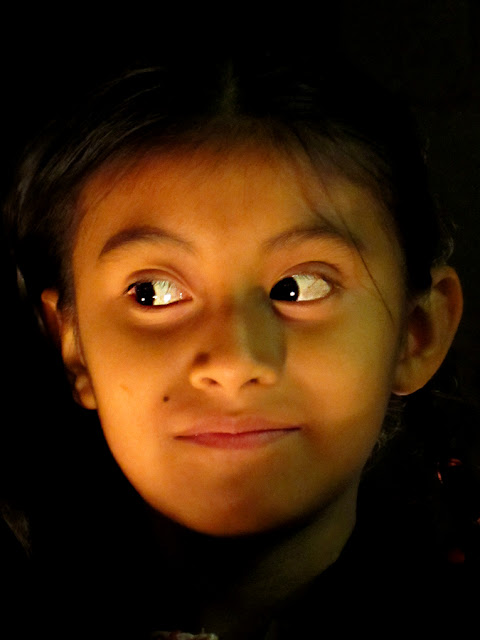 We spent 2 Cristmases in Oaxaca . They were the most magical Christmases of my life.
Thanks for all your wonderful photos
Bev/Steve