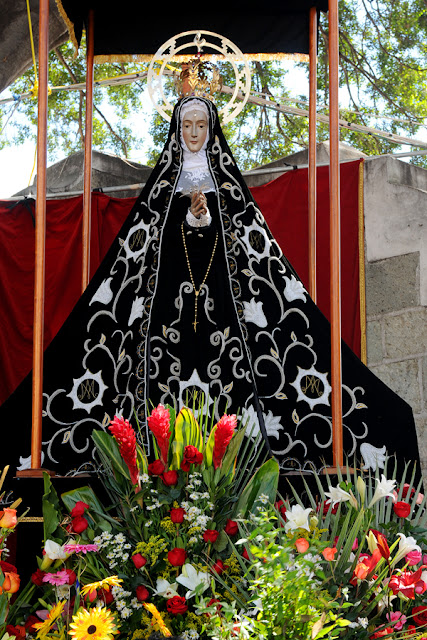 Today, December 18, is a very special day for oaxaqueños as they celebrate la Virgen de la Soledad.
She is the patron of Oaxaca and usually she is inside the church behind the altar, but today she is carried out into the sunlight surrounded by thousands of people.  I have a hard time keeping all the saints and virgins straight but here is her story.


In the 17th century, devotion to Our Lady of Solitude increased when an unattended, heavily-laden pack donkey staggered into Oaxaca, Mexico and died.  No one knew where it had come from, who owned it, or what it carried.  When the people examined his pack, they found a beautiful statue of Our Lady of Solitude.  She wore a crown of diamonds with a huge drop pearl in the middle, and a black velvet robe.  The people decided that as the donkey had died at that spot, they would build a church there to house the little statue.  Since then devotion to Our Lady of Solitude has grown,  especially in Latin America.

It was quite an event, but not the only thing happening today.  More in a bit. 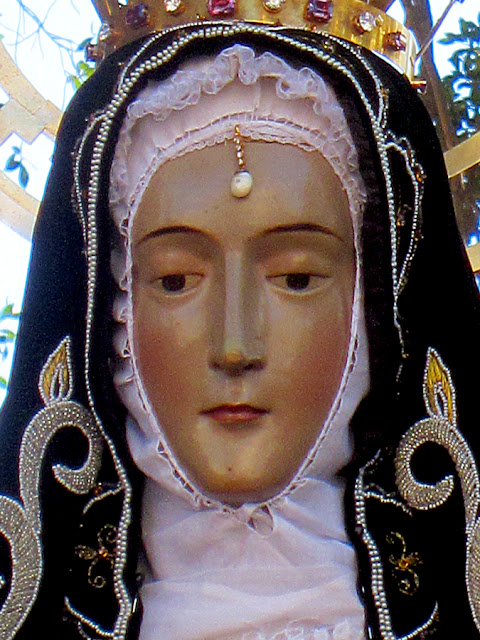