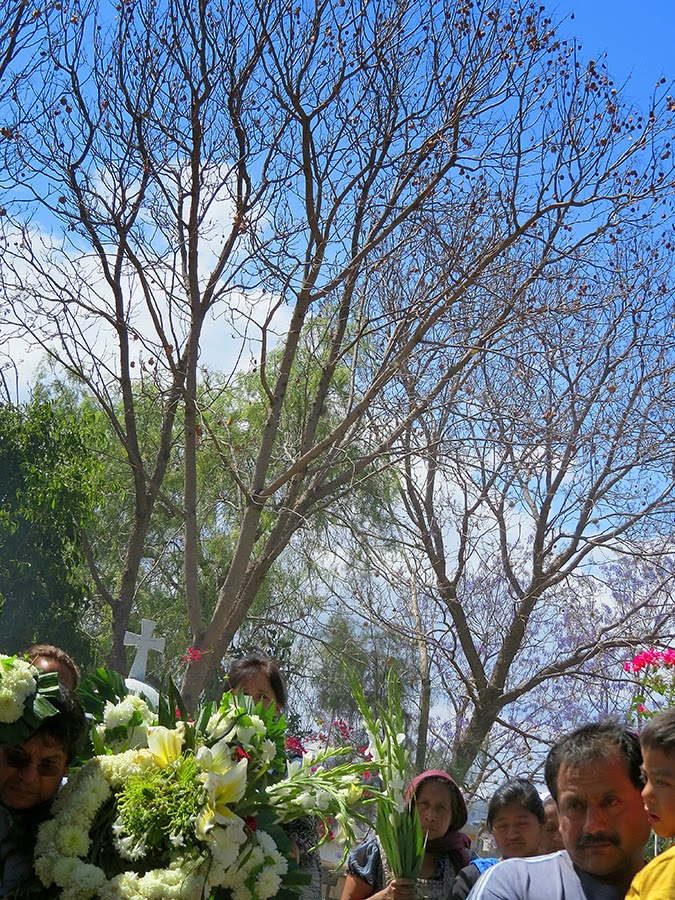 Nine days after he died, as tradition dictates, there was another ritual for the dear departed, Arnulfo Mendoza Ruiz, the master weaver and artist from the Zapotec village of Teotitlan del Valle.  It was a somber occasion, but like most ceremonies celebrating someone's life, there were moments of beauty and levity.

The day started at his parents house with a meal.  There was a sand painting, a tapete de arena, that was blessed, divided and collected to be spread later on the grave.  I missed that part, but I imagine the sand tapete looked something like this one from last Muertos. 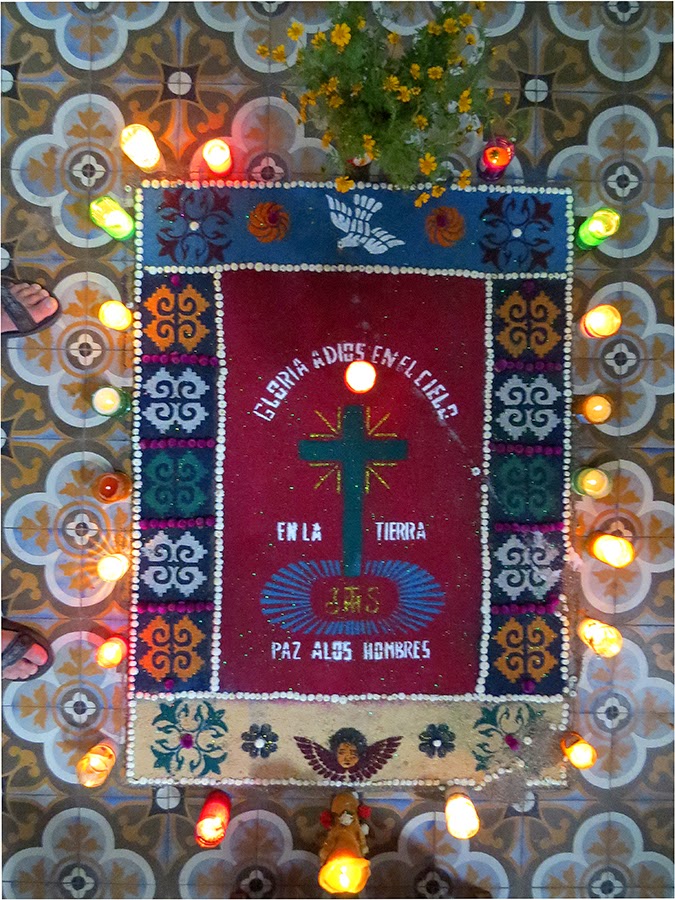 I arrived for the mass at the church. 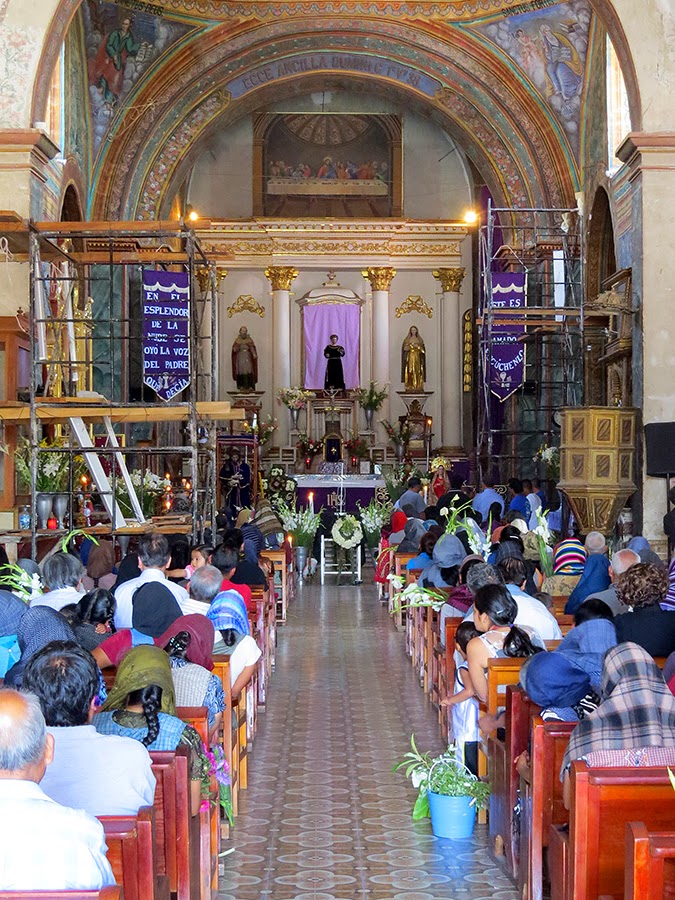 Upon completion, there began the final procession to the panteon or cemetery with most everyone carrying white flowers to be placed on the grave. 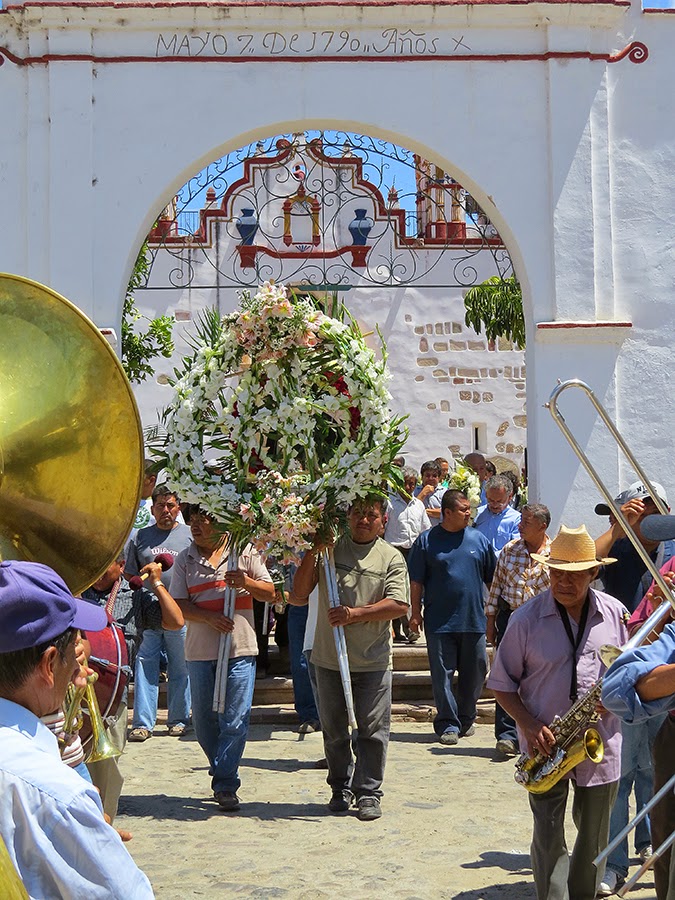 The cross, which had be blessed during the mass and will mark the grave, was lain on a table and carried, balanced on the head. 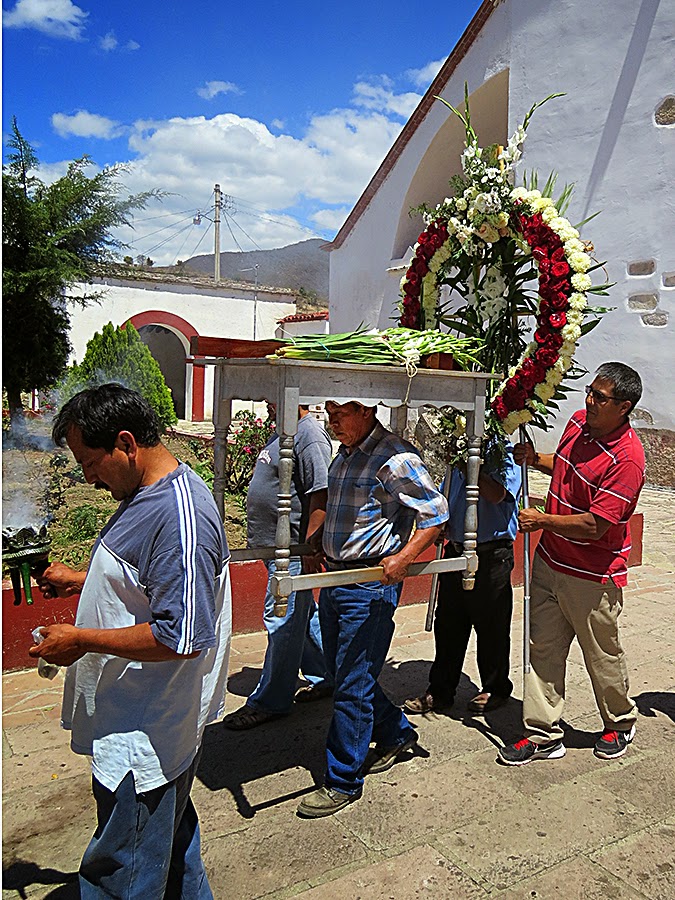 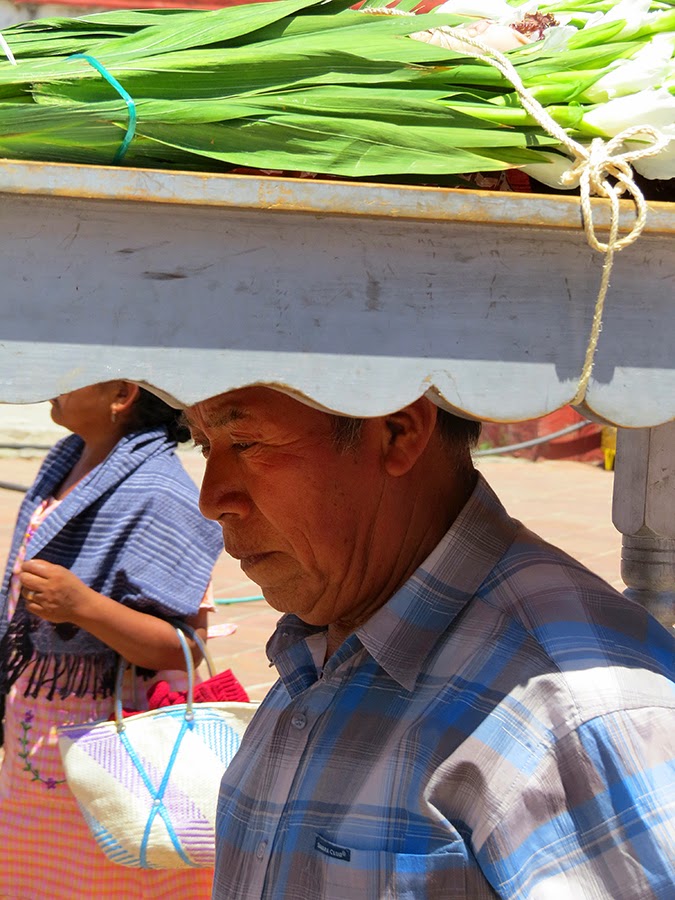 The sand from the tapete. 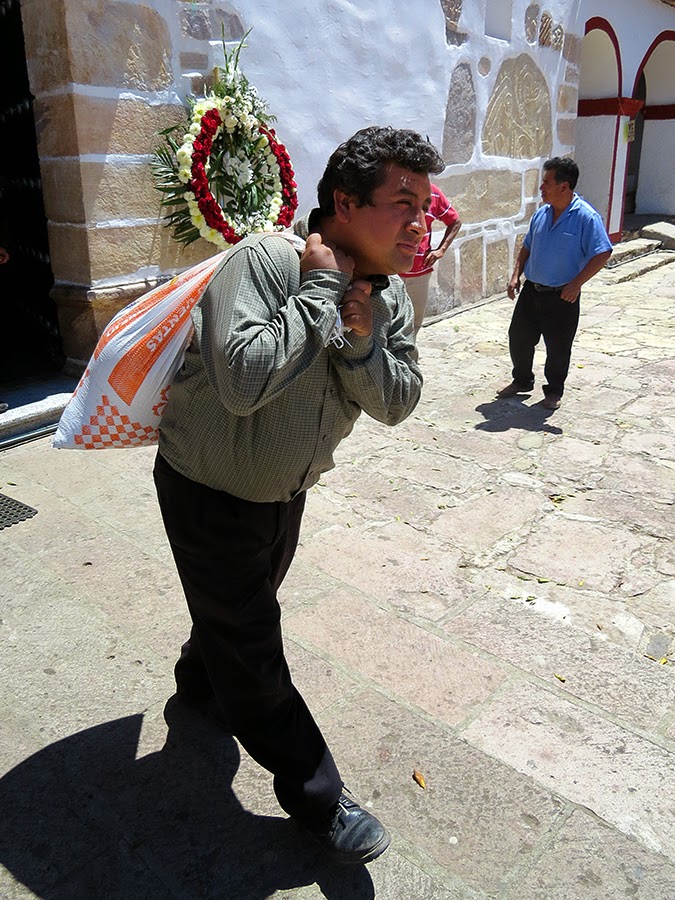 Led by the band, we walked the same streets we had for the funeral procession, but this time, the route was shorter with a stop at Tlamanali, the famous restaurant owned and operated by Arnulfo's sisters.  Here, we filed by the family's altar and paid our respects. 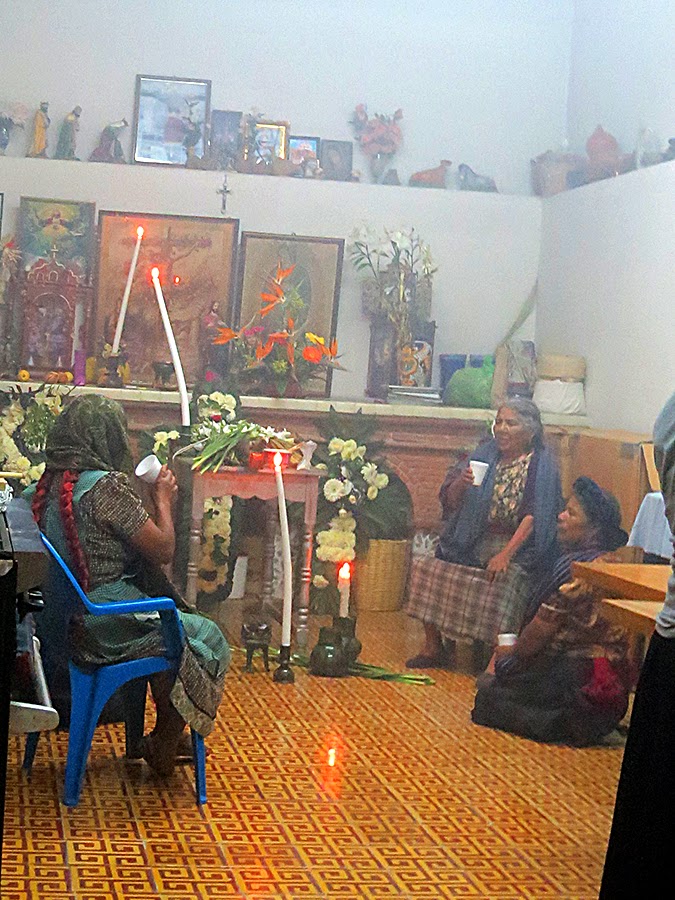 The air was filled will smoke from copal and we sat, had a mezcal, talked and cried.  The band periodically played and the mezcal worked its magic.  It was the Zapotec equivalent to an Irish wake, but not quite so boisterous.  After an hour or so, it was time to process to the panteon. 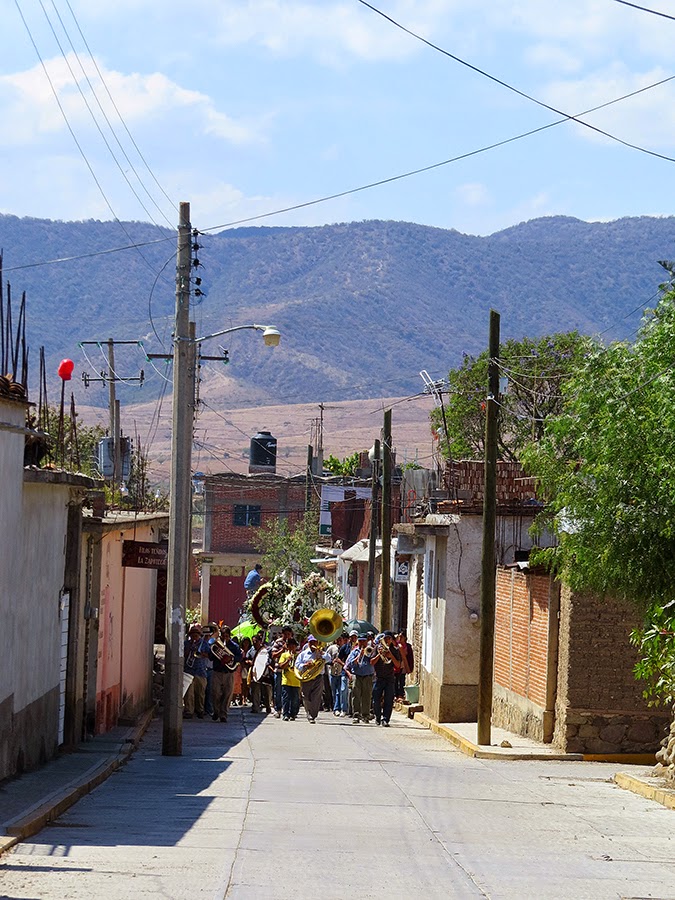 It was a serene walk. 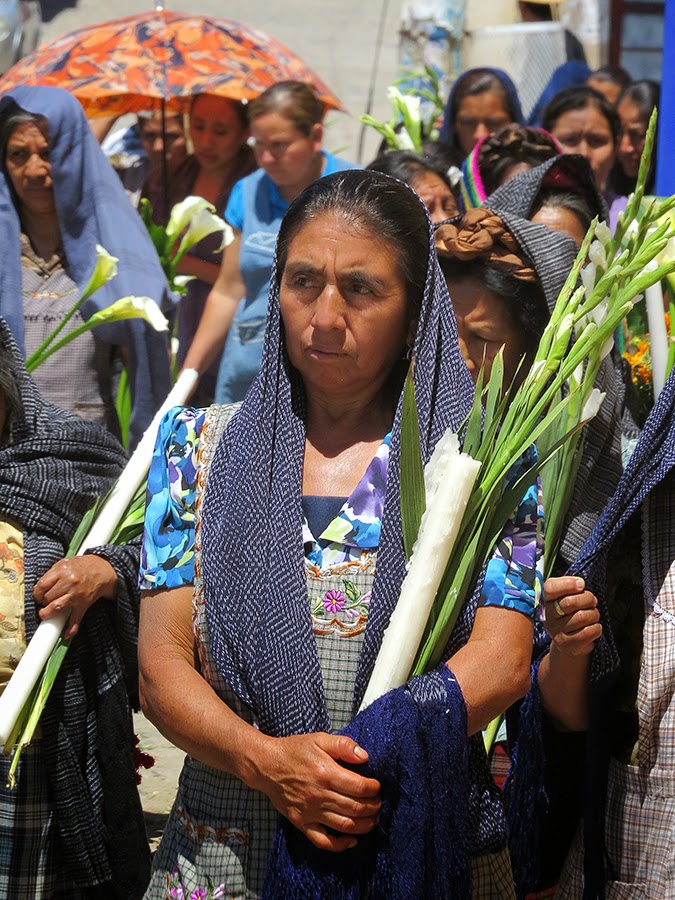 In a cloud of copal smoke, the procession arrived at the panteon. 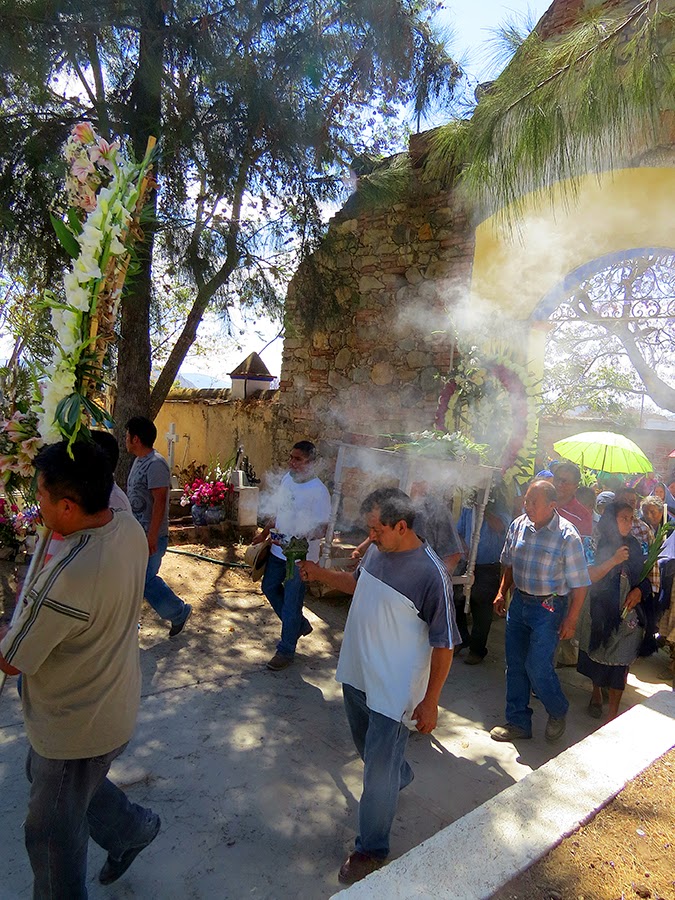 The cross for the grave. 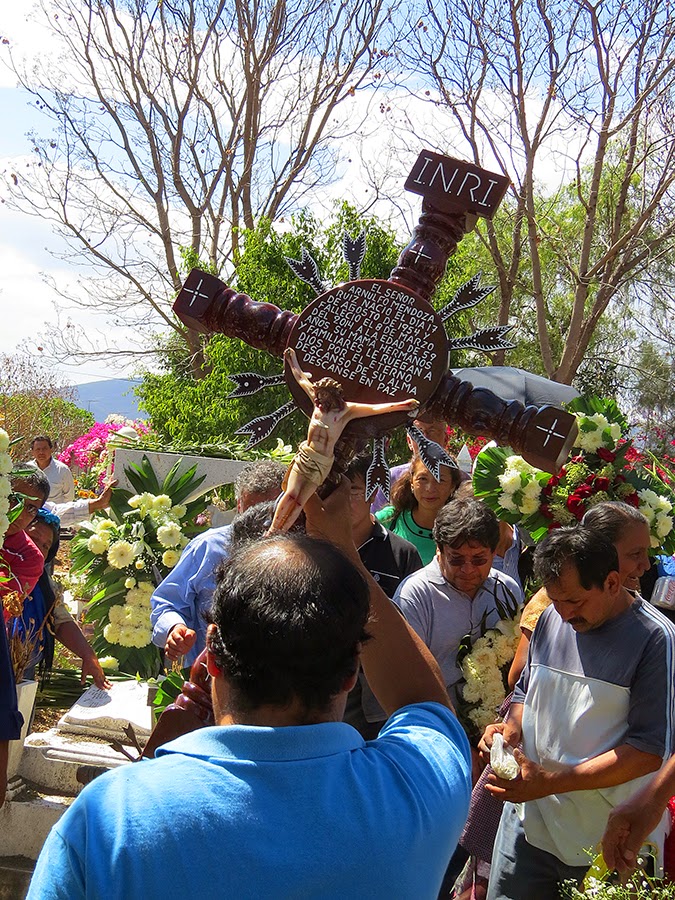 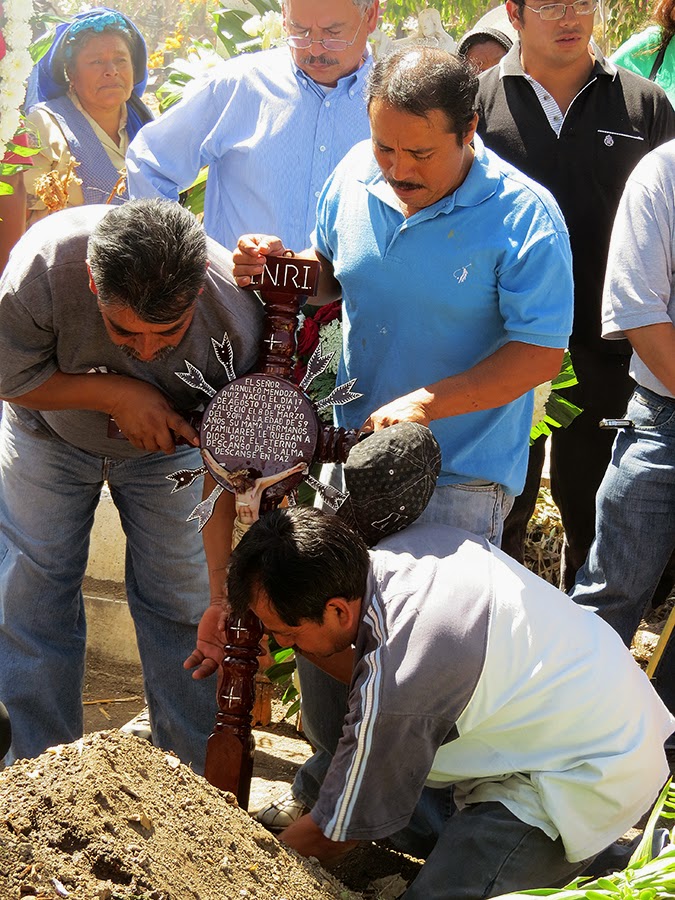 The sand from the tapete was spread. 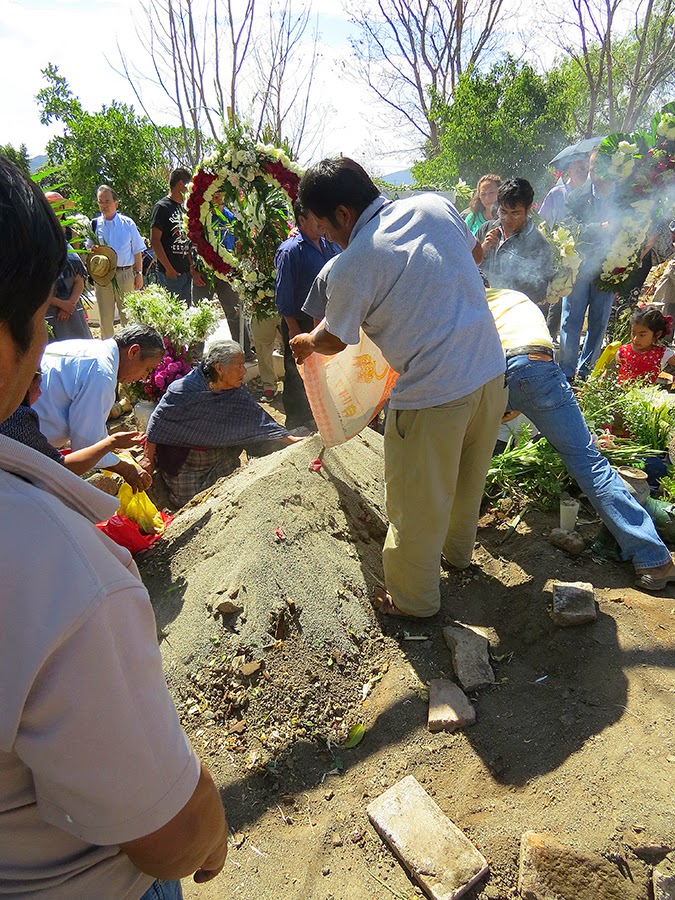 His sisters placed the flowers on the grave. 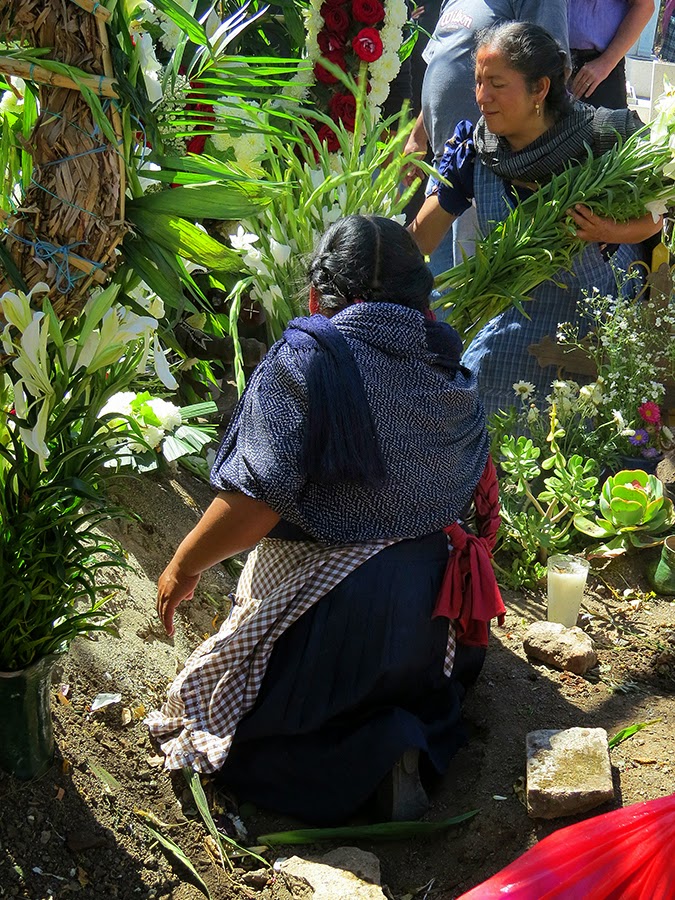 As people moved off to sit, drink and talk, this was the final tranquil setting. 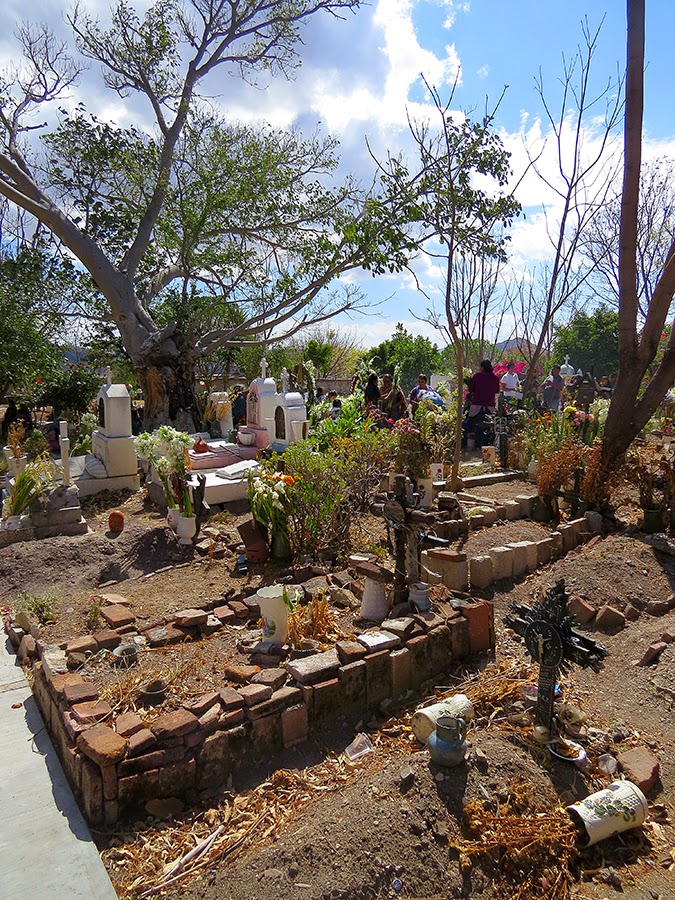 I found the whole experience to be quite moving.  I have been blessed and honored to see many celebrations and events in Teotitlan del Valle, but this was my first funeral.  The Zapotec culture is one from which I have learned much.  This sad celebration of such an important figure and friend just added to and enhanced my love and appreciation for the people of this village.  It will take some time to fully process all of it, but I look forward to sharing my thoughts and a mezcal with the maestro this coming Muertos.  I'll be there and I know Arnulfo will be as well.