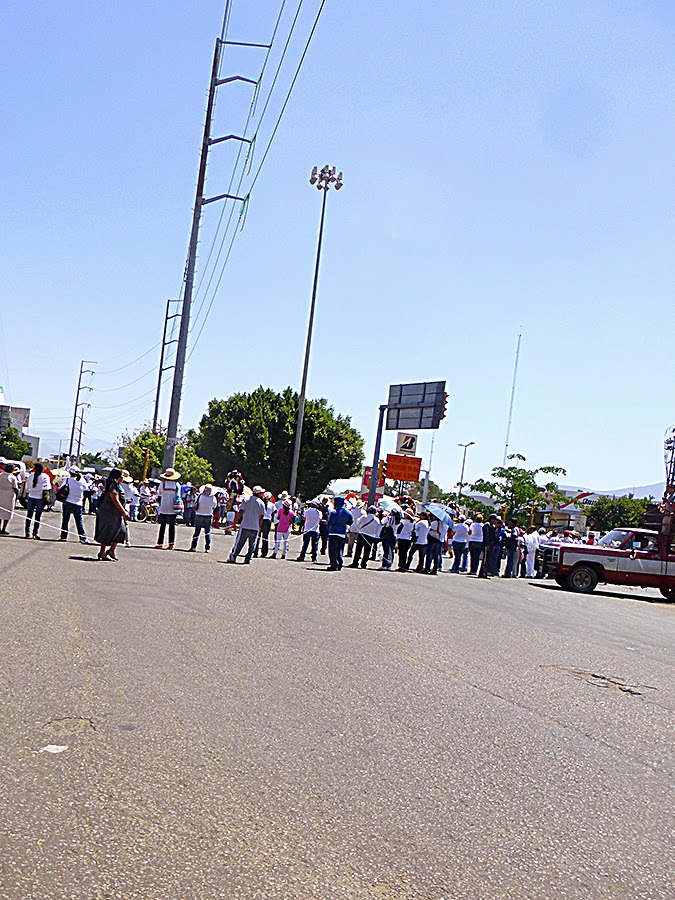 Yesterday. I made a vain attempt to get to Plaza del Valle, the shopping mall on the other side of the city.  What was one person's exciting event was another person's pain in the butt..... Shannon and her friends, who were on foot, loved it, but for me the protest trapped me in on of the funkiest intersections in all of Oaxaca.  I was completely surrounded by buses belching exhaust and taxis blowing their horns, but saw a hole and jumped through it and turned around.  You gotta know when to hold em' and when to fold 'em, so I headed home to try again some other time 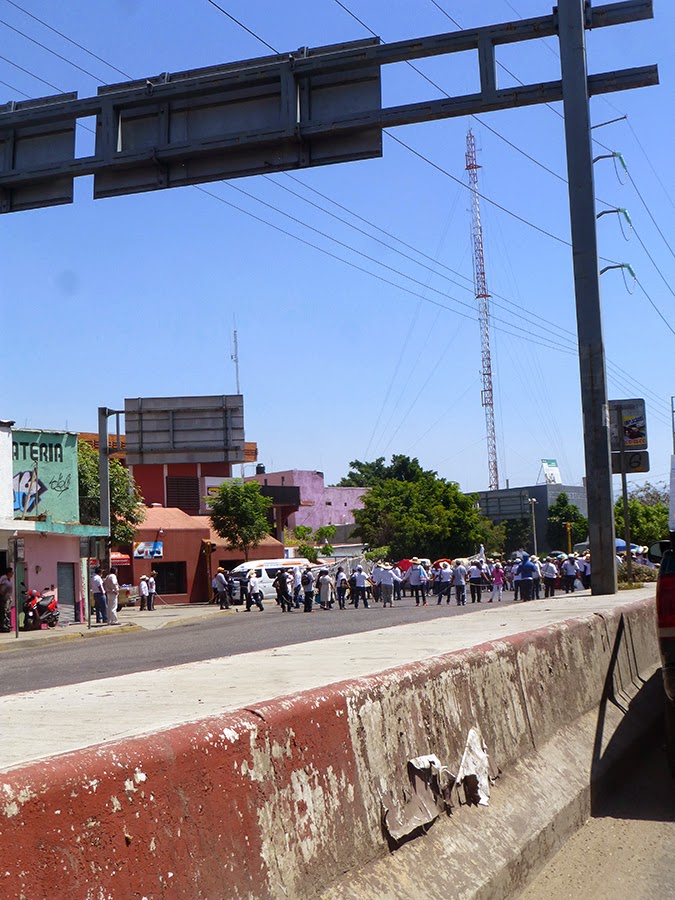 And that time was today.  I went in the same way, around the Abastos market and made it to the mall, no problemas.  Did my thing and headed out and thought I would try the road by the university which has been a nightmare traffic jam for many, many moons as they repaved and continued work on the infamous Cinco Senores intersection.  I have written about it many times and will leave it as it has been the single most invasive and disruptive project I have seen here and there have been some beauts. 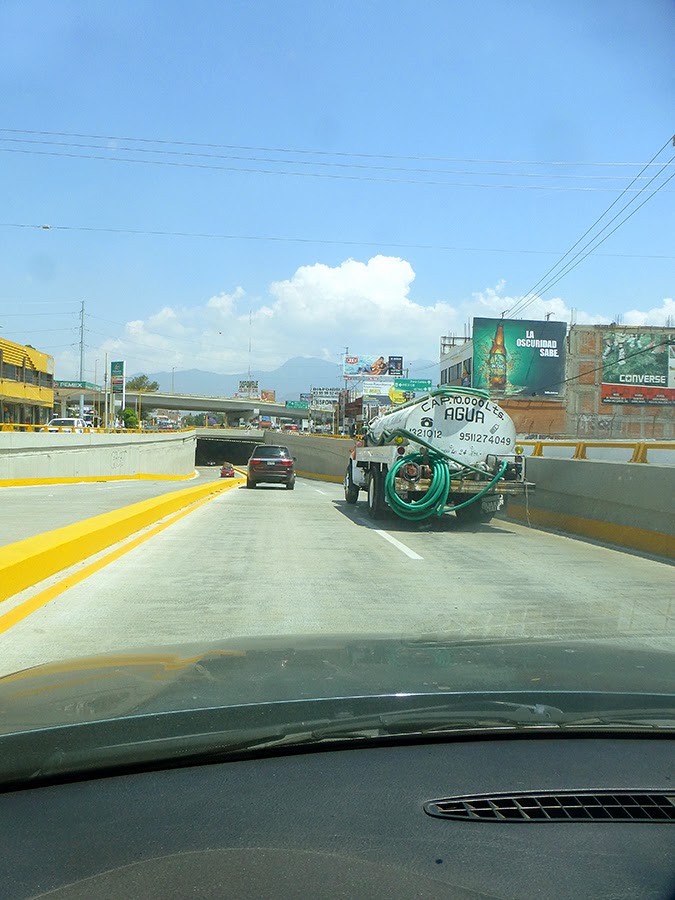 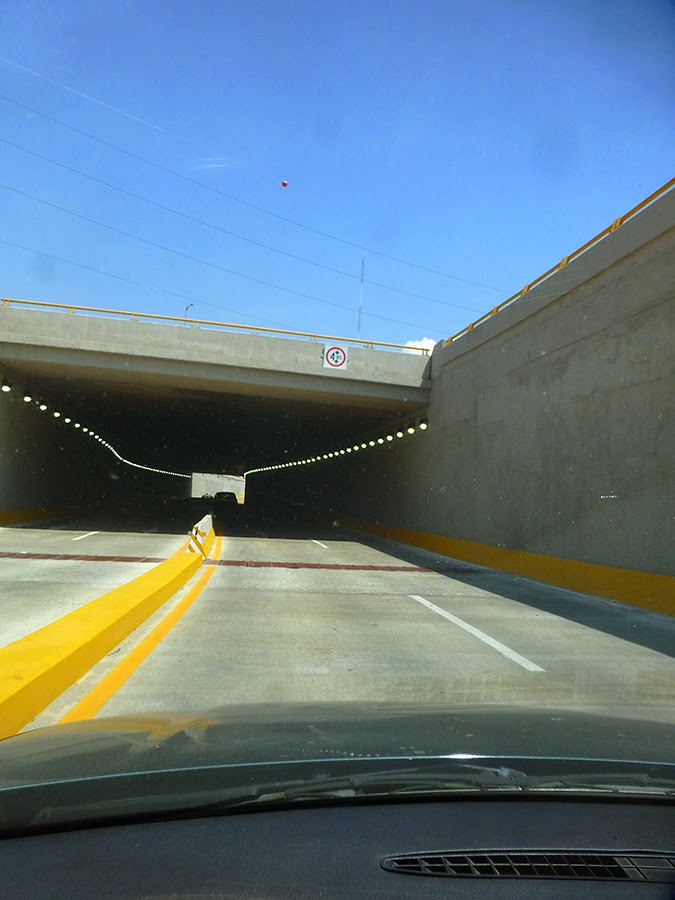 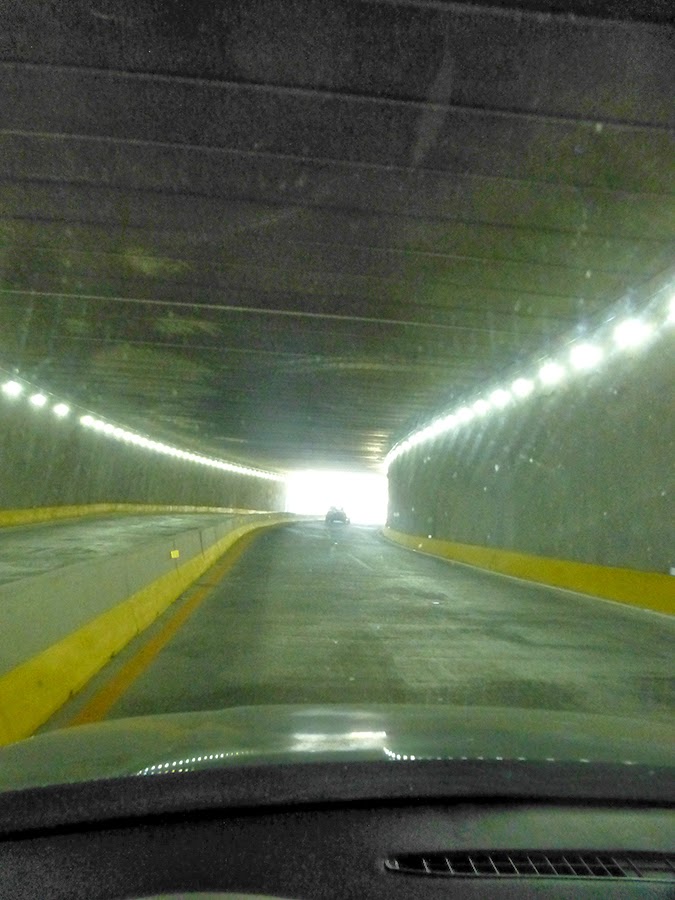 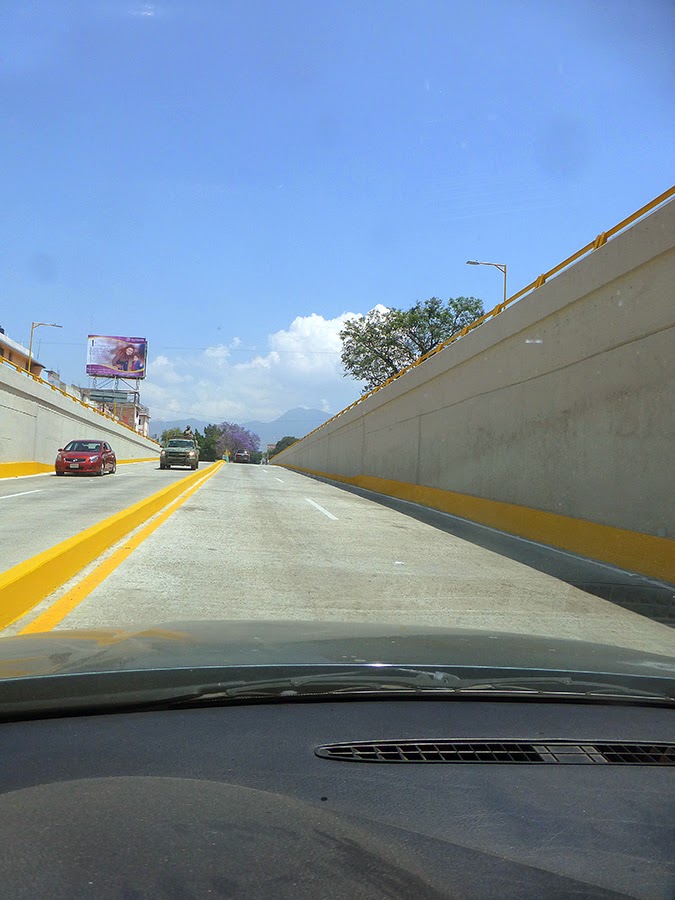 I bet I was one of the first because I have not heard a word about the road being done.  What used to take up to twenty minutes was over in less than twenty seconds.  Unbelievable!

I survived the Big Dig in Boston, which took twenty years, but was so worth it.  And Cinco Senores may just be equally worth it.
Posted by Christopher Stowens at 3/25/2014 06:30:00 PM

...and where will the water flow to once the rainy season starts?

Actually, this is the major concern about the project and given their track record, it will either go into the adjoining businesses or stay just where it is.