The Triquis - The Struggle Continues

Yesterday afternoon, the Triquis from San Juan Copala marched once again to restate their concerns and their plight. 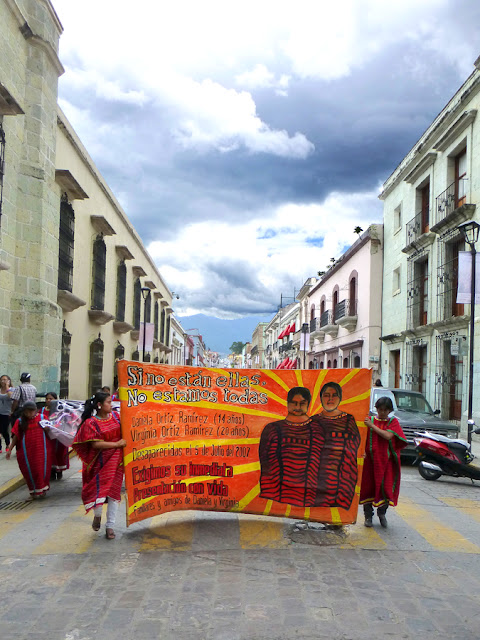 With their beautiful red outfits, they are a regular sight in the city and I have posted about them before.  Their struggle is longstanding and has attracted international attention.  The women are on the frontlines because it is too dangerous for the men to step forward.  Plus, this is Oaxaca and the women here are the real backbone and strength of the place. 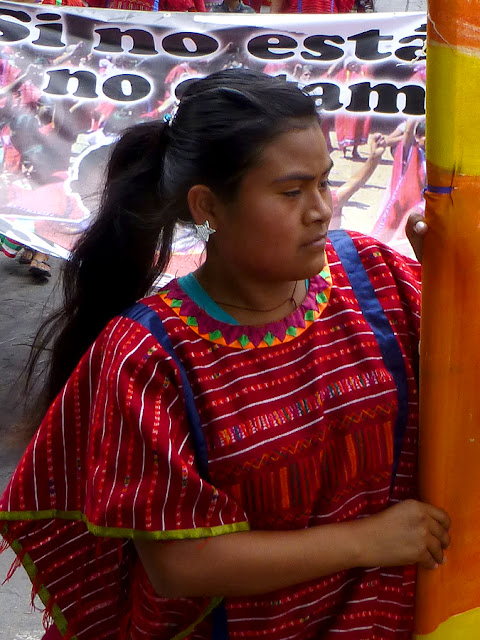 The Triquis have a fascinating history, an ancient culture with its own language and dialects.  This is an area with thousands of years of history. 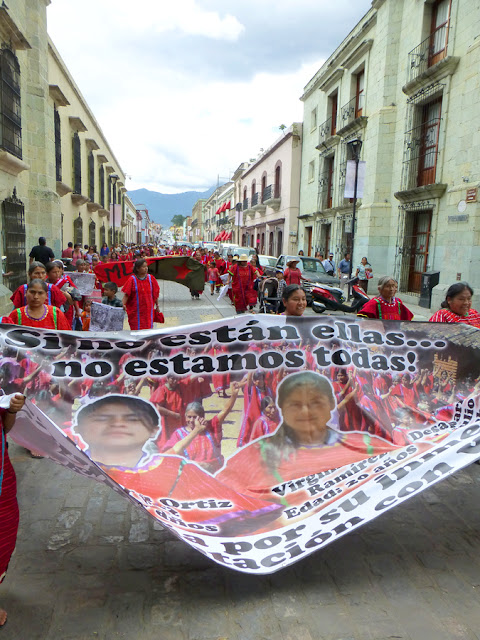 This picture ironically says it all. ... a red light on independencia 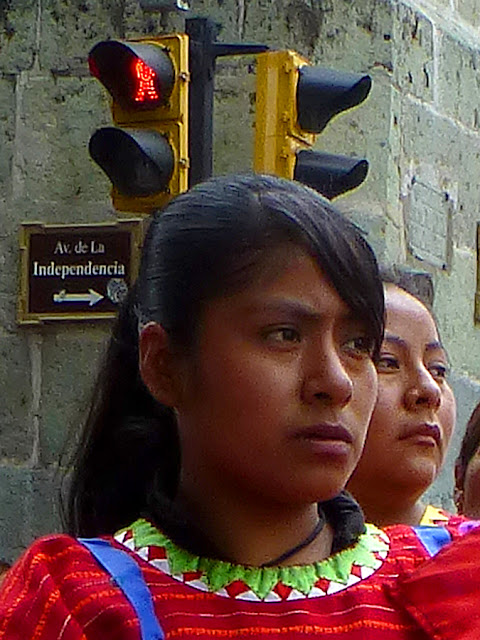 This paragraph helps paint a picture.
From Encyclopedia.com


During the early period of colonization in the state of Oaxaca, the Spaniards took over the best lands in the valleys and fertile lowland riverine areas, but did not bother with the mountainous, less fertile terrain, which was perhaps one of the reasons Triqui agrarian communities maintained their descent groups and held on to many cultural values. The Triqui constituted a "cultural island" within a wide Mixtec area. They occupied high, cold, misty mountains that were not inviting to the visitor; however, the lowlands, with a temperate climate and mountains of lesser elevation, proved appropriate, at the beginning of the twentieth century, for the cultivation of coffee. The export of the beans outside the Triqui area furthered the process of acculturation of the low-lying area to neighboring mestizo populations. In the latter, commercial demands favored the penetration of private property side by side with communal property, leading to a gradual deterioration of the communal social organization. In contrast, the traditional organization of the mountainous region suffered lesser modifications.

More from Upside Down World


The conflict in Copala is not easy to understand, but one version goes something like this. Triqui territory is located in a mineral rich region. When it was discovered that the minerals could be useful for making batteries and other technical components of electronics, government pressure fell on the Triqui people to allow mining rights to foreign companies. Prior to the declaration of autonomy in 2007, government influences had managed to protect business interests in the region, but the transition to usos y costumbres threatened to change the situation. After 2007, the PRI-aligned portion of the community (organized into MULT and Ubisort) were armed and used force to control the section of the village that preferred autonomy.
Over the last several years, Triquis involved in the paramilitary organizations have used intense violence to assert their power. The PRI armed faction began a campaign of terror and harassment against the majority of villagers, those who had decided to switch to usos y costumbres. The full gambit of terror tactics has been used: assassinations, rapes, kidnappings, and myriad forms of harassment. Most dramatically, the paramilitary forces have controlled all entry and exit of people in the territory, so just as human rights observers and activists were barred from going in, community members had to sneak out at night in order to escape the violence. Those who fled ended up sleeping on scraps of cardboard under the arches of the governor’s building in Oaxaca City while petitioning the government to stop funding paramilitaries and help them return home. 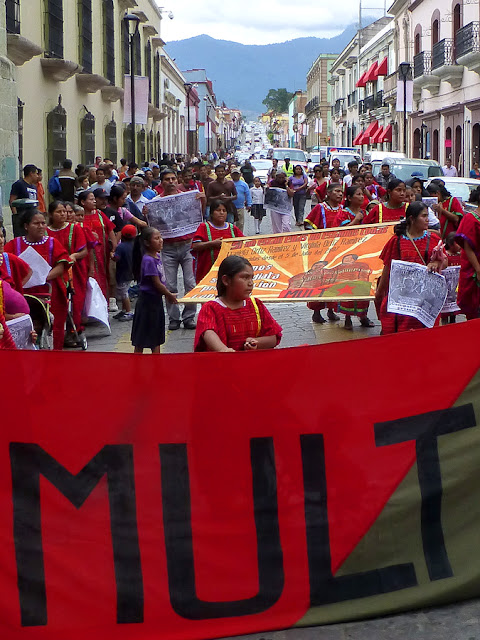 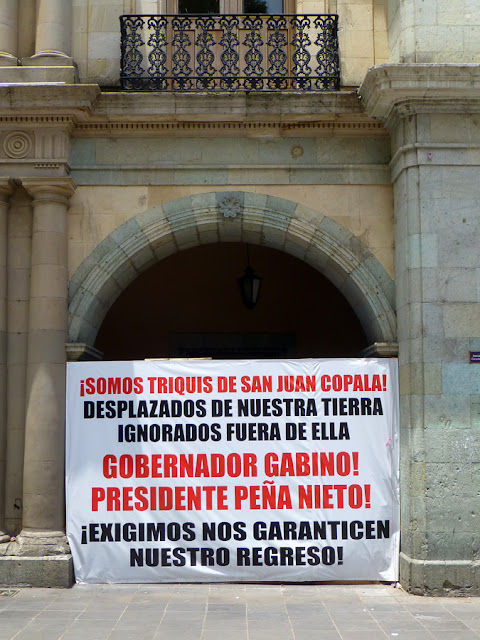 So the struggle continues.  These isolated and unique indigenous communities are important to the world for many reasons, but if one reads the history, it seems like conflict has been one of the constants for many of them.  Easement of those conflicts seems only to be temporary.  One can only hope for some sort of resolution sometime soon.... but....