As I said earlier, there is just way too much going on to cover in its entirety, so I will let the pictures speak for themselves.  You should head over to Shannon's post for more. 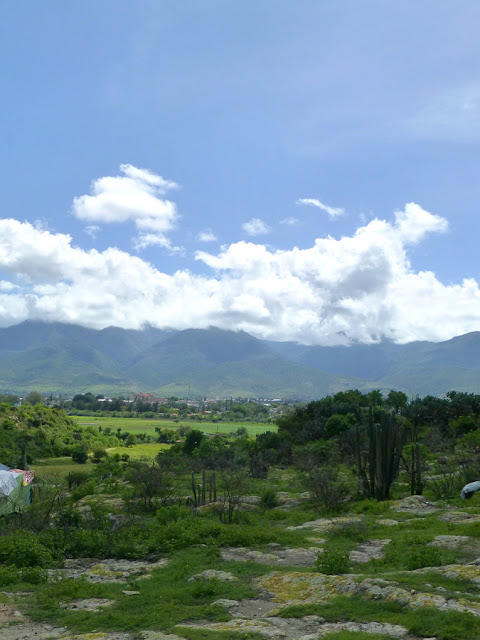 The day started with the feria de queso and quesillo in nearby Reyes Etla, the world's center for Oaxacan cheese. 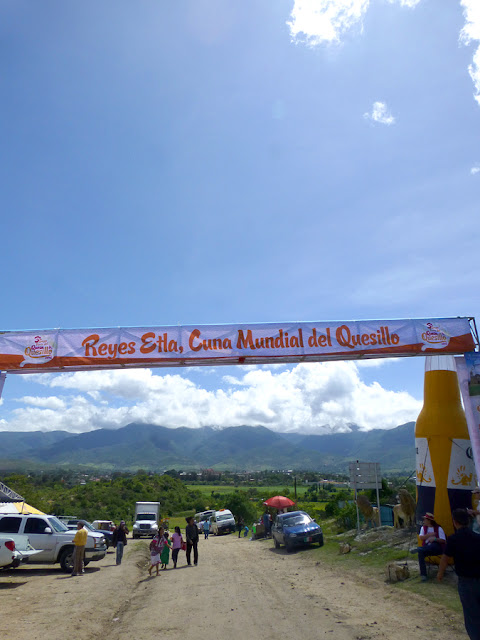 OMG, the cheeses are so good and one never finds them in the markets. 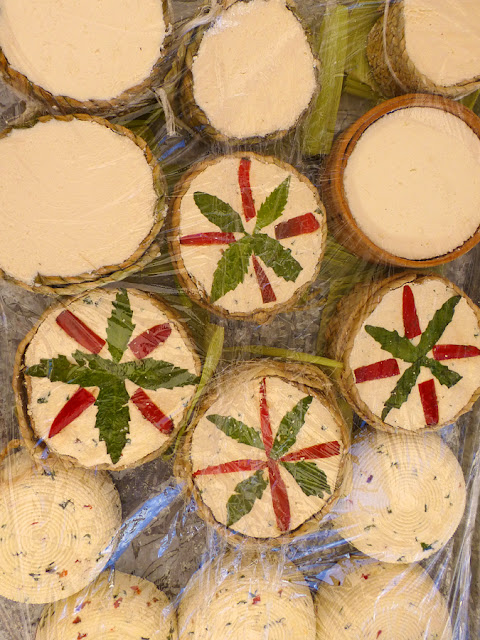 You have to go to these people's homes to get them. 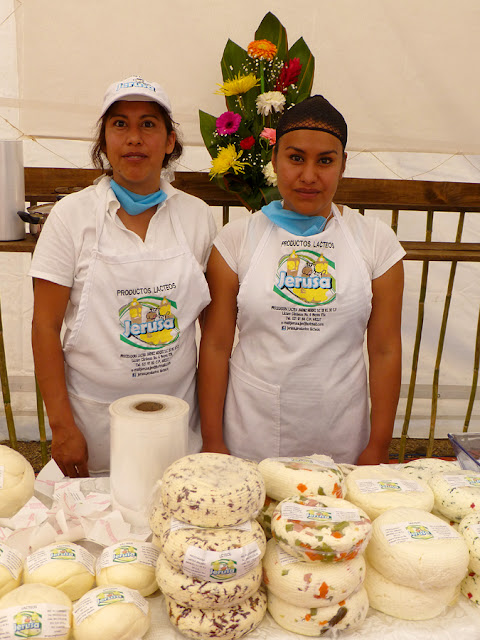 And what's more the people are as nice as the cheese is good. 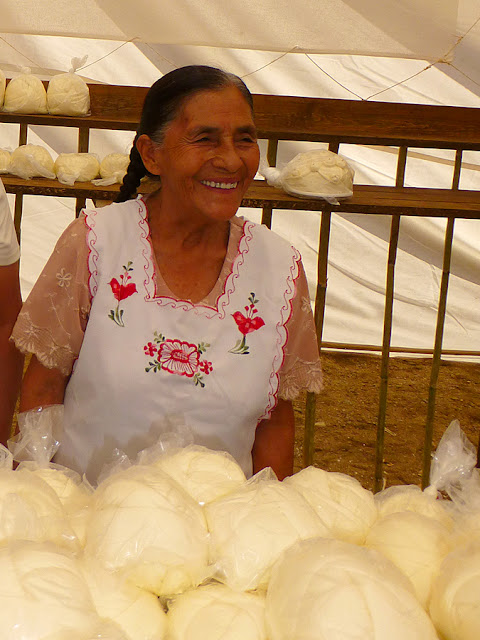 So we watched the queen of the fair get picked by an interesting process.  One was supposed to slip money into an envelope and then drop that in a box in front of each girl. 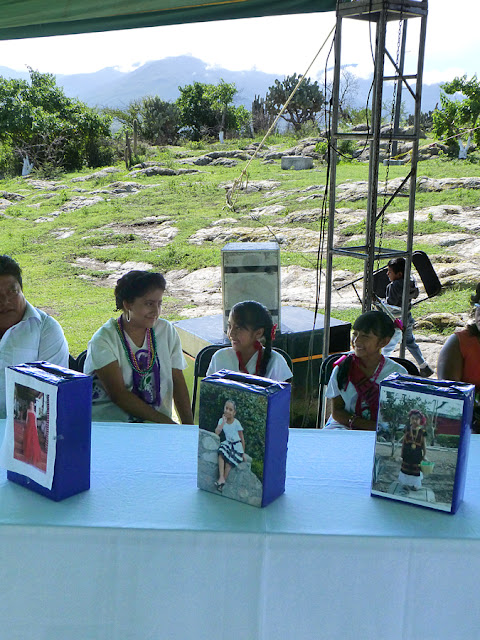 Who ever raised the most money was coronated.  Sounds like other elections I know.  Our queen. 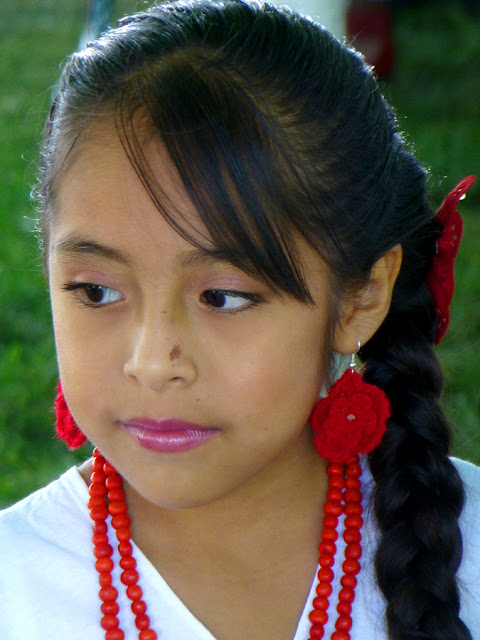 Too many cute kids. 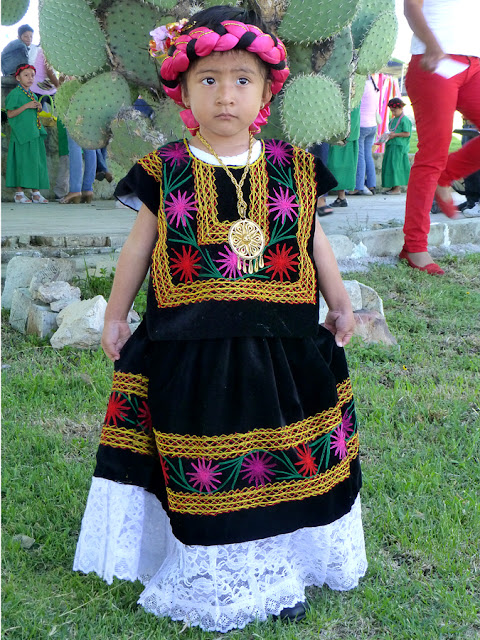 Some of the little dancers, who performed very nicely. 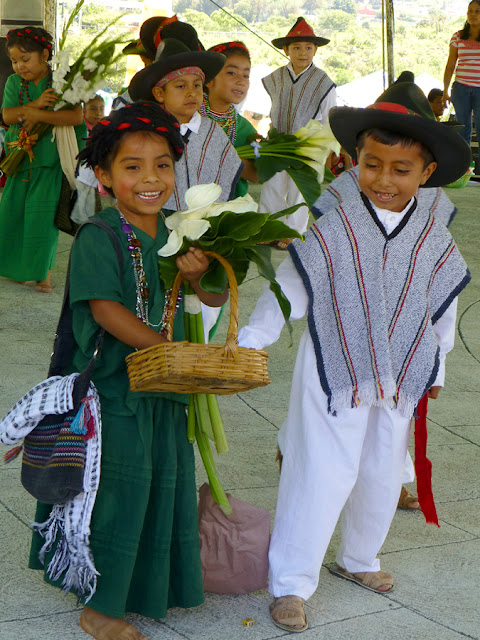 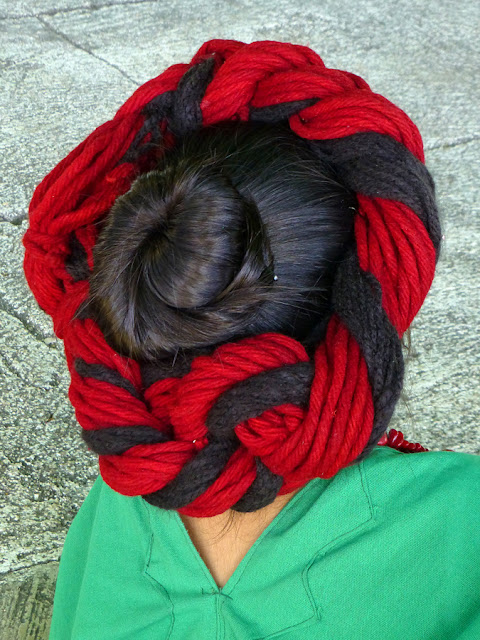 Meanwhile, the work in the nearby fields continued. 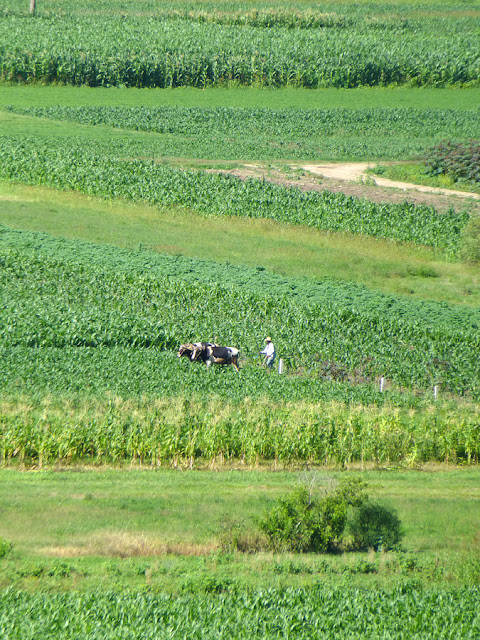 Then is was into the city for the Feria de Mole at the Botanical Garden.  How can you go wrong eating all you want of moles prepared by some of the area's finest restaurants and cooks? 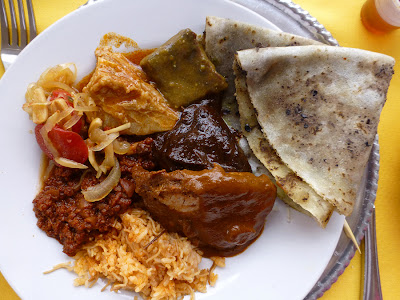 I always love the behind the scenes workers.  They are the ones who make it all possible. 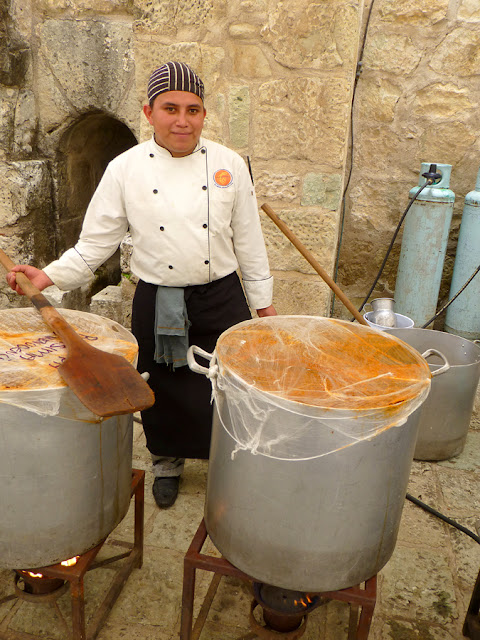 There were only about forty of these, each filled with something delectable. 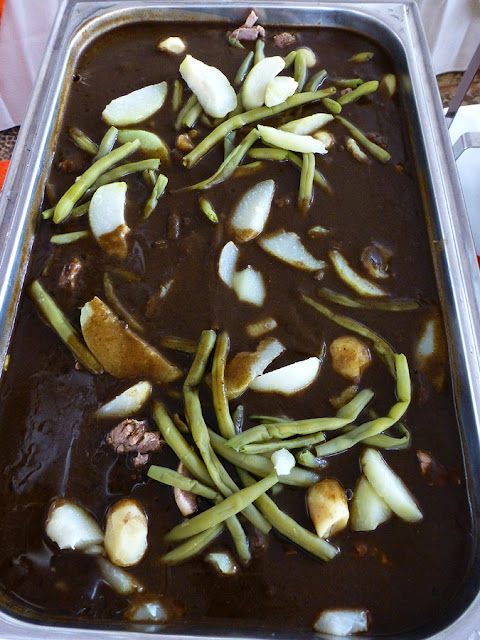 Then a quick walk to see the finals of the Diosa contest, but it was way too crowded to even get close.  They need a different venue next year because more and more people are showing up.  The city is teeming with tourist$.  This was the only shot I managed to get and...... she did not win, but still seemed pretty happy. 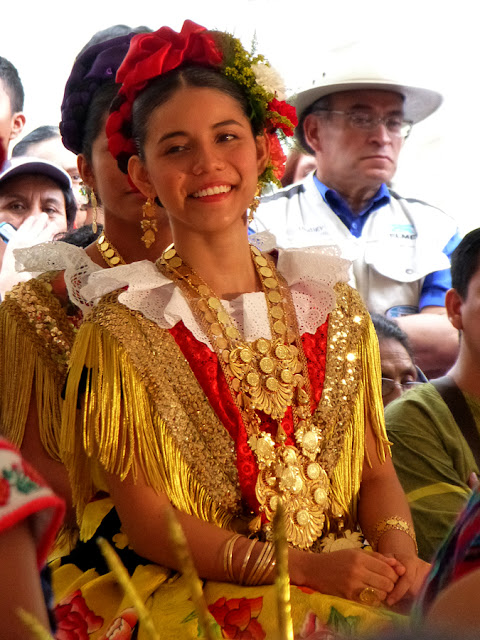 Then we dodged raindrops as the skies opened up on this side of the city.   We crashed and burned so no concert, but we are more than ready for today's desfile and the feria de mezcal.  More in a bit.
Posted by Christopher Stowens at 7/20/2013 12:50:00 PM