I dunno, it also might have something to do with how the church has conducted its own business over the last few centuries.  I am sure it has nothing to do with all the gold in the churches.  I'm sorry, but actions speak louder than words. 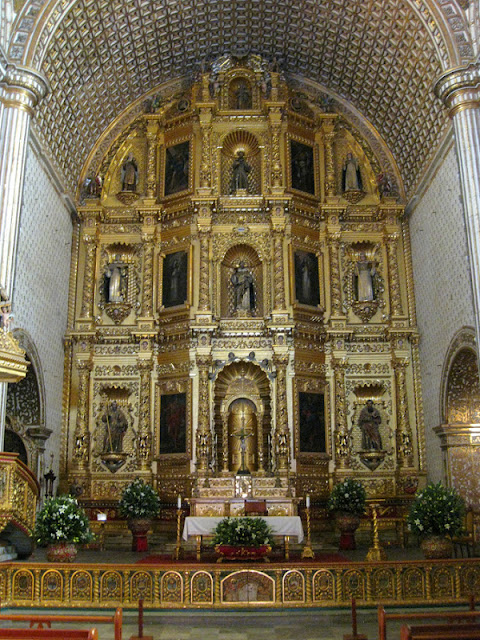 “It would be worth it to devote special attention to the factors behind the extreme poverty and social exclusion that are present among a large part of the Mexican population and that constitute a medium for violence and hate,” the Archdiocese of Mexico City said in Sunday’s edition of Desde la fe.

Mexican bishops have warned that the economic system is behind these factors, “and attention is urgently needed to more effectively address this difficult situation,” the editorial said.

Mexico’s institutions “appear too weak and vulnerable in the face of pressure from criminal organizations, which have ended up defeating and corrupting everything,” the editorial said.

Society also cannot ignore the “substantial costs” in terms of “the legality and morality of the actions of the security forces in this country, mainly in the area of violations of human rights, as has been seen clearly on some occasions,” the editorial said.

I am not catholic, but at some point, one must question the credibility of the church on this and many other issues.  Remember, I am in Boston for the moment, the place where the whole sex scandal blew up.  It turned out to be a global and chronic problem with for which they have yet to confess or atone.  The hypocrisy and blindness on that issue, as well as their political aligning with the right in the US and elsewhere, makes it hard to believe the words that come out of their mouths.

Of course, I know there are good priests and good Catholics in the world, but if the hierarchy really wanted to help the poor, in particular the children of the world, they could do much more that pontificate.
Posted by Christopher Stowens at 11/20/2012 07:34:00 AM