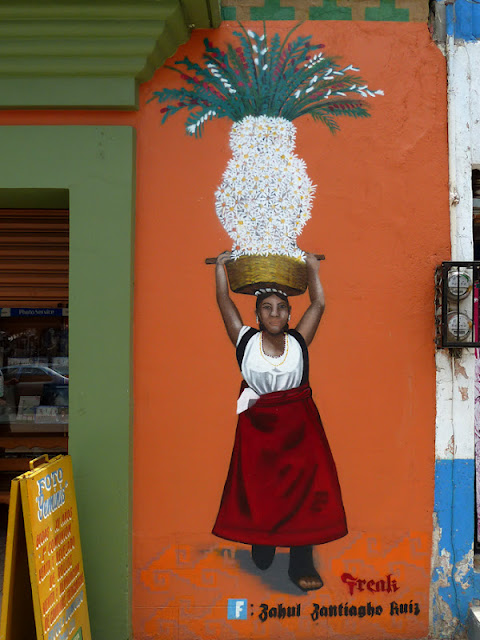 Recently, while wandering the streets of Tlacolula, I ended up following this woman carrying something that appeared to be very heavy atop her head. 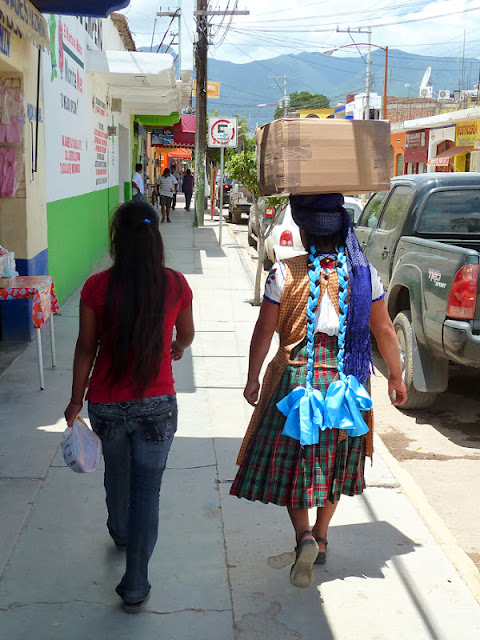 I tried to imagine doing it and quickly came to the conclusion it was never to be.  They must develop some serious muscles in their necks.  I started looking around and noticed others carrying their loads in the same manner. 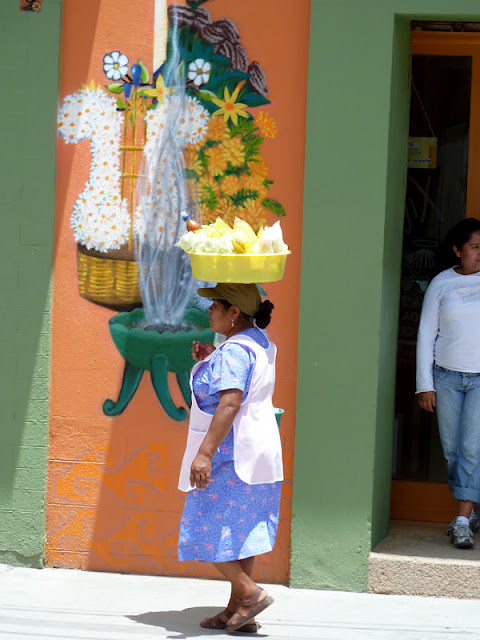 I see it all the time, I just never really thought about the muscles involved.  I know they start early as this young girl from the confite in Teotitlan Valle demonstrates. 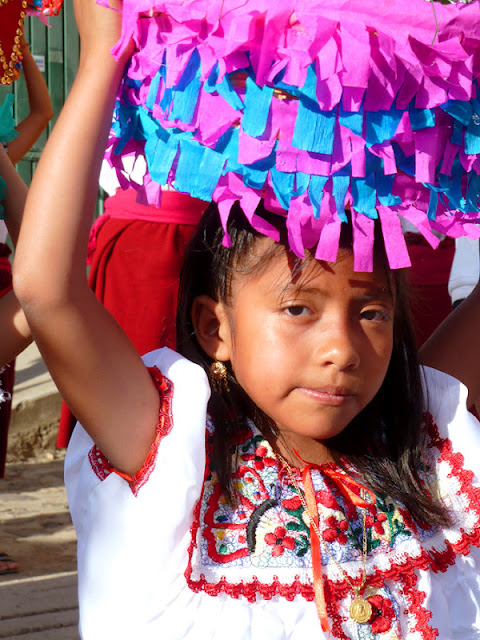 I always marvel at how they can walk a few kilometers carrying a heavy canasta on their heads.  I think my arms would go dead holding them up that way.  What can I say other than oaxaqueñas rule, strong women with strong heads on strong shoulders.
Posted by Christopher Stowens at 7/15/2012 03:49:00 PM