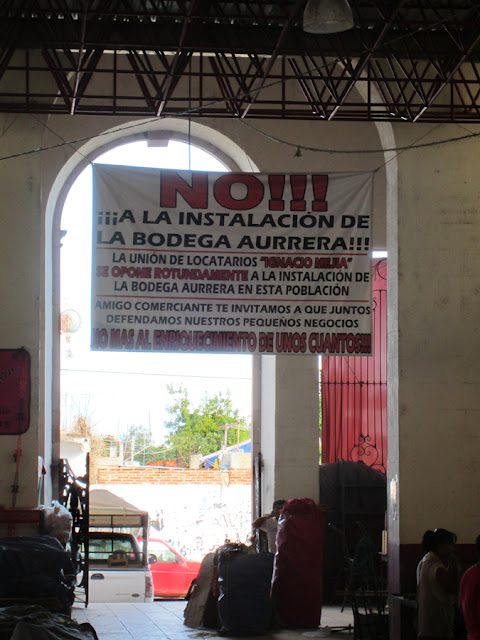 I have written about the proliferation of the Wal-Mart empire before.  The tendrils are everywhere.  There is even a new Aurrera in nearby Etla.   So these latest revelations are no surprise.  Welcome to the 21st Century, which is just like the 20th and the one before that and the one before that, in that, money talks.


In September 2005, a senior Wal-Mart lawyer received an alarming e-mail from a former executive at the company’s largest foreign subsidiary, Wal-Mart de Mexico. In the e-mail and follow-up conversations, the former executive described how Wal-Mart de Mexico had orchestrated a campaign of bribery to win market dominance. In its rush to build stores, he said, the company had paid bribes to obtain permits in virtually every corner of the country.

The former executive gave names, dates and bribe amounts. He knew so much, he explained, because for years he had been the lawyer in charge of obtaining construction permits for Wal-Mart de Mexico.