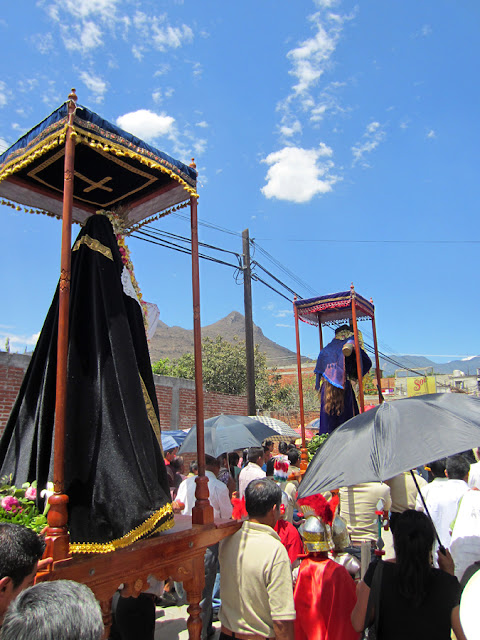 We were lucky to stop by Teotitlan del Valle on Holy Monday and once again, were captivated and charmed by another of the many traditions in this magical village. 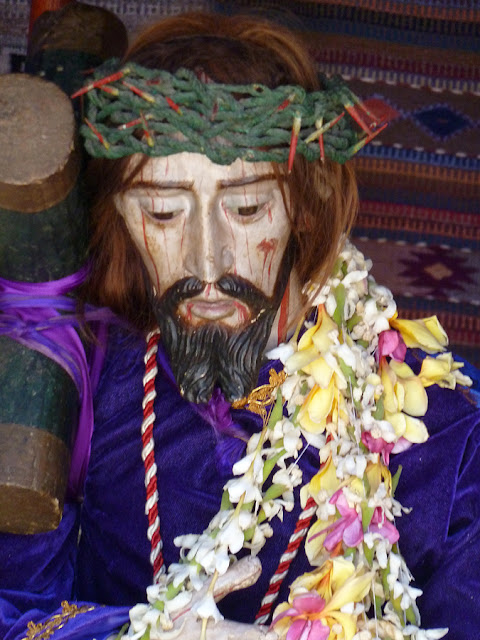 Starting early in the morning, led by the priest and a band, the villagers carry the statues of Mary and Jesus from the church in a long procession, a pilgrimage, through the streets of the village. 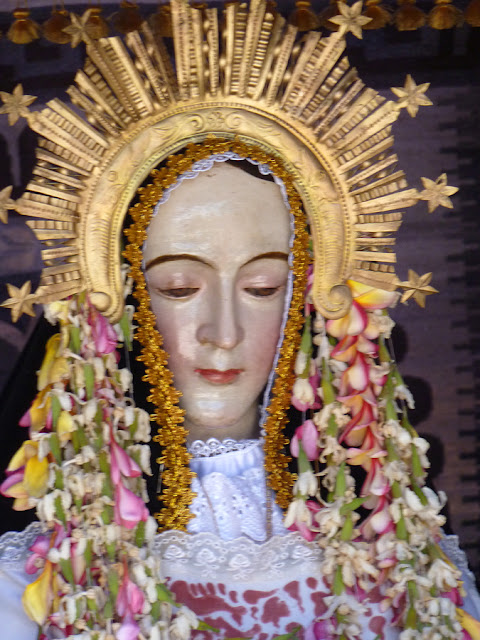 At various points they stop and place the figures in stalls adorned with one family's rugs. 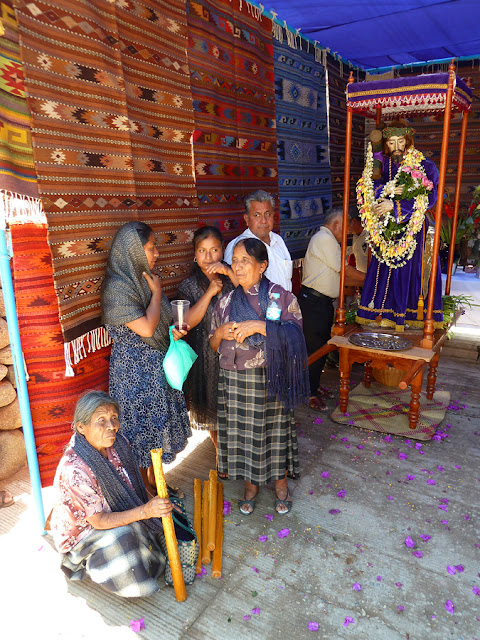 At each stop there were blessings, prayers and more adornment of the statues. 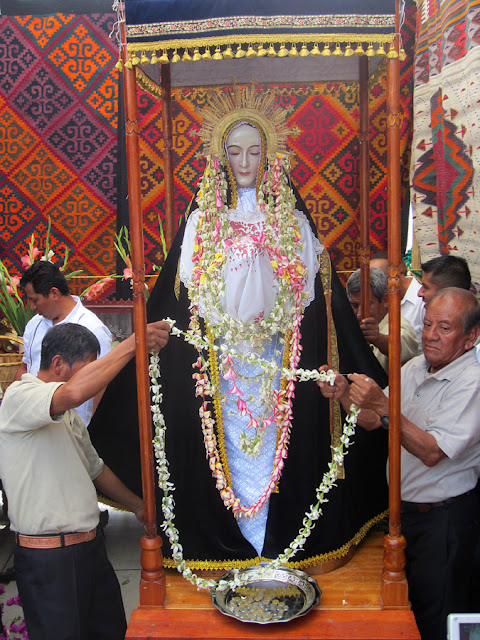 At at each stop, people came forward and kissed the robes of both statues. 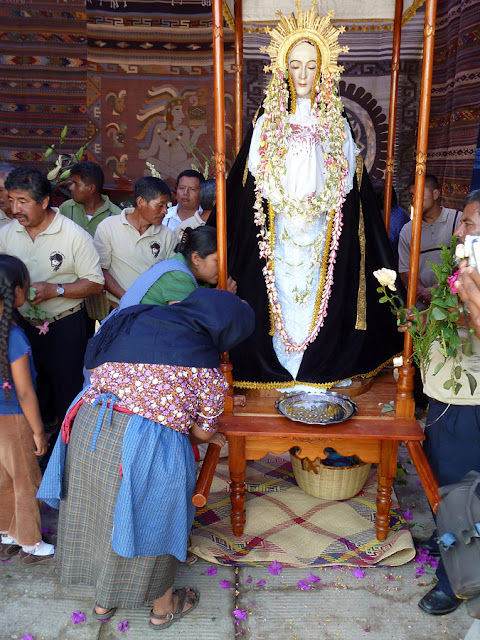 Then the family whose stall it was, brought out food and drink enough to feed everyone.  I mean, for everyone and there were hundreds there.  This continued throughout the day.  I think there were fifteen stops and even though we were only there for four or five stops, we left completely stuffed with special tamales and various waters and drinks.  I can't imagine how full one would be at the end of the day, but several people joked about it.

However, it was mostly a solemn and respectful affair coupled with a sense of joy and renewal. 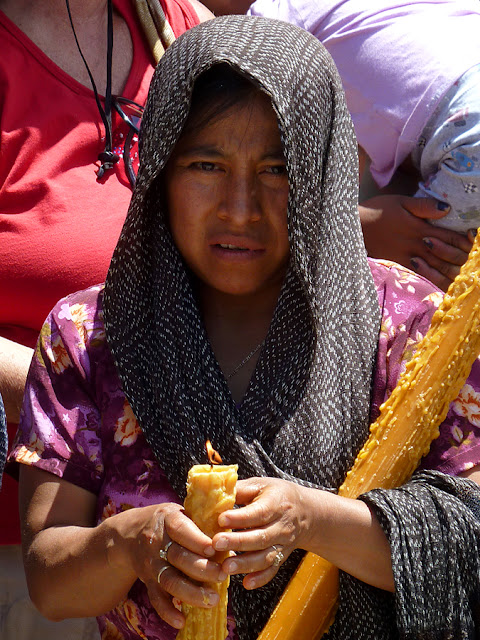 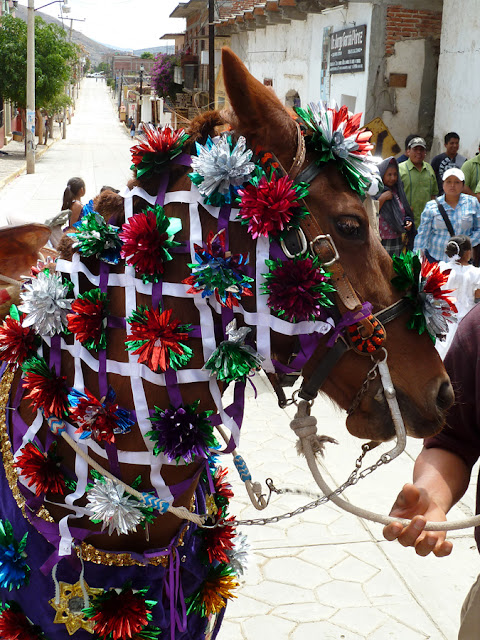 This little guy, who was masked beneath his helmet, rode a beautifully adorned horse with bells on its feet and carried a sign that read, "Crucify the false prophet, Jesus of Nazareth, King of the Jews.  Crucify him!" 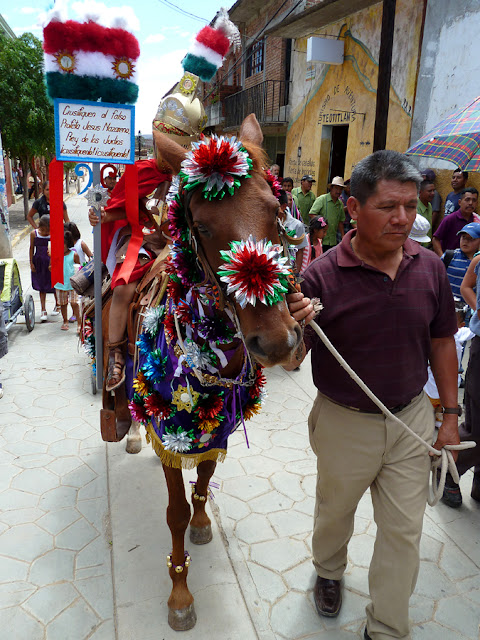