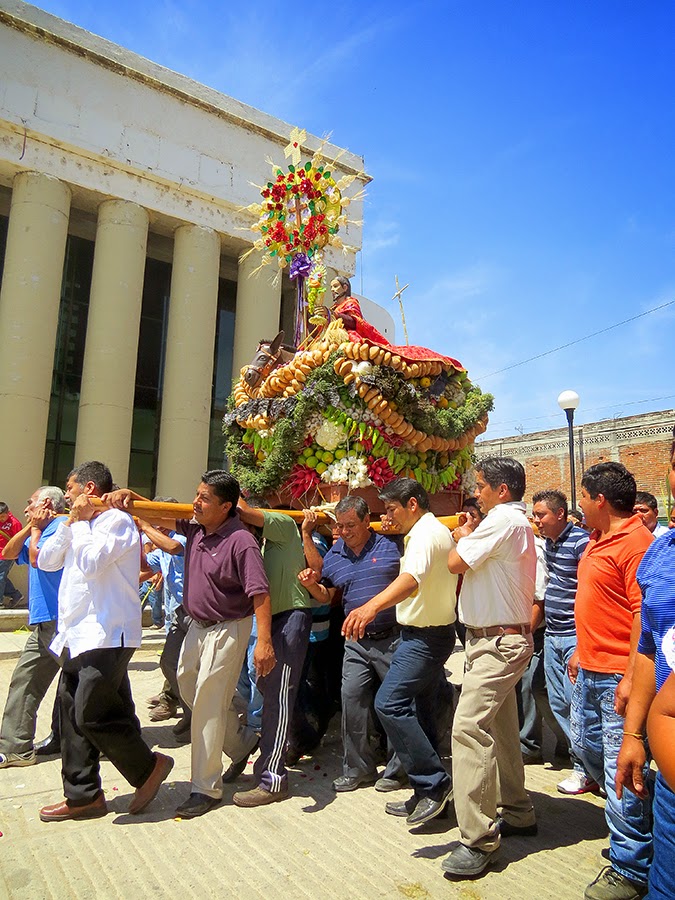 San Antonino is one of those special villages that has so many rich traditions and so many highly accomplished artesanos, that it is always a privilege and a blessing to share in the celebrations there.  The palm fronds for everyone. 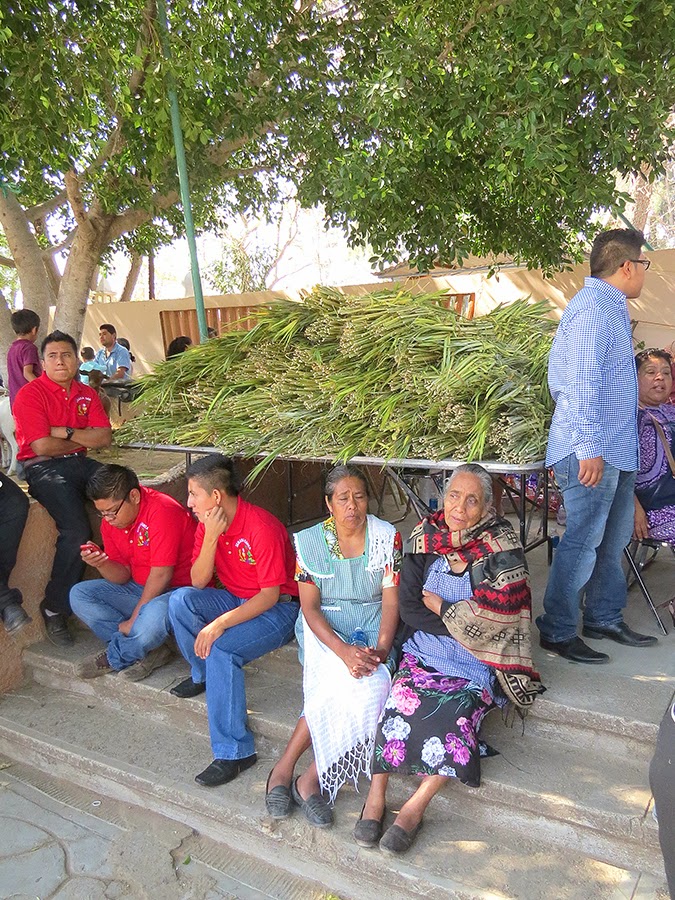 Palm Sunday is no exception as the village gathers at the panteon to adorn and bedeck the statue of Christ from the church with all manner of fruits, vegetables, breads. 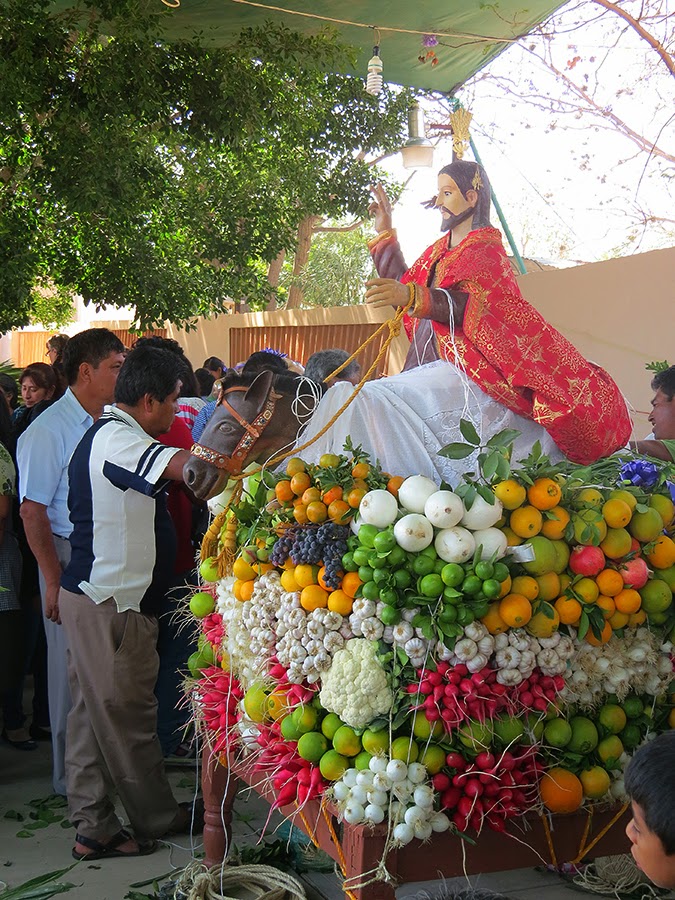 People also bring all sorts of food, animals, items for the home, as offerings to be sold after mass as a fund raiser. 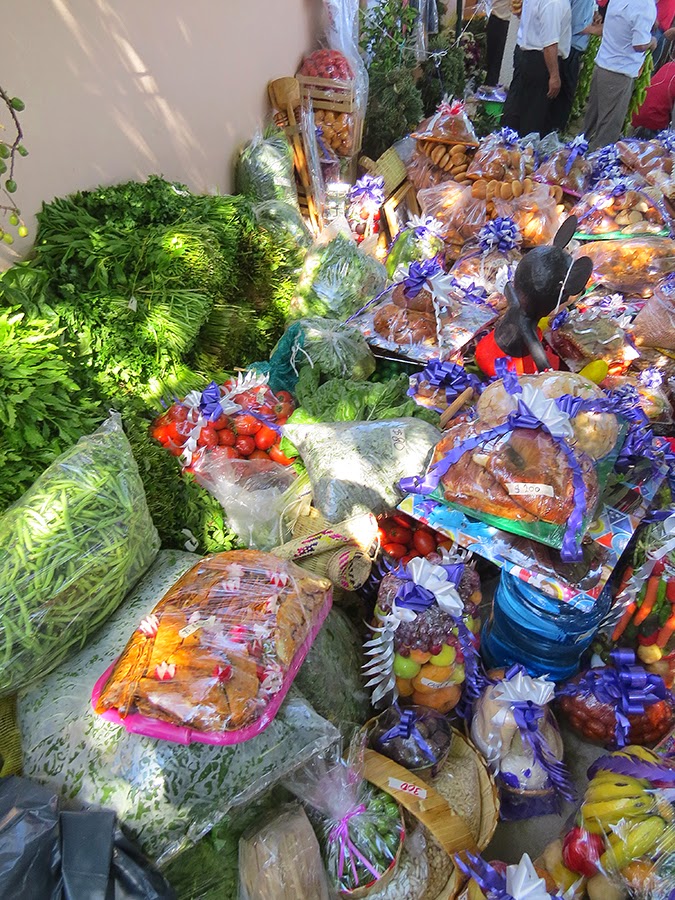 This was a long assembly process and the whole thing ends up a work of art and obviously, a very weighty one at that.  Look at how glorious the produce looks. 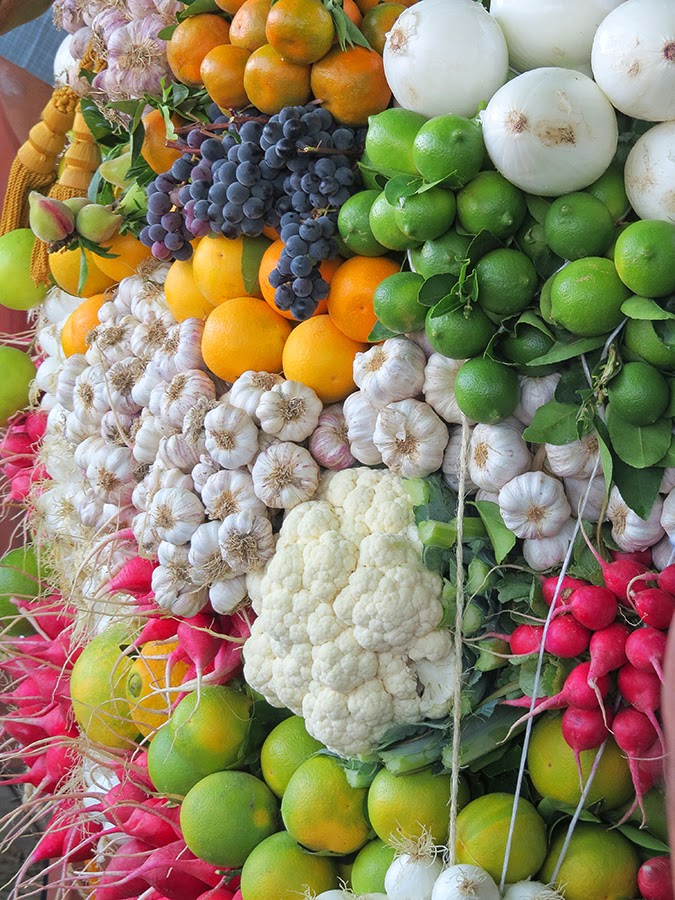 Then long poles were inserted under the platform and the whole thing was carried a kilometer or so to the church where a huge crowd awaited. 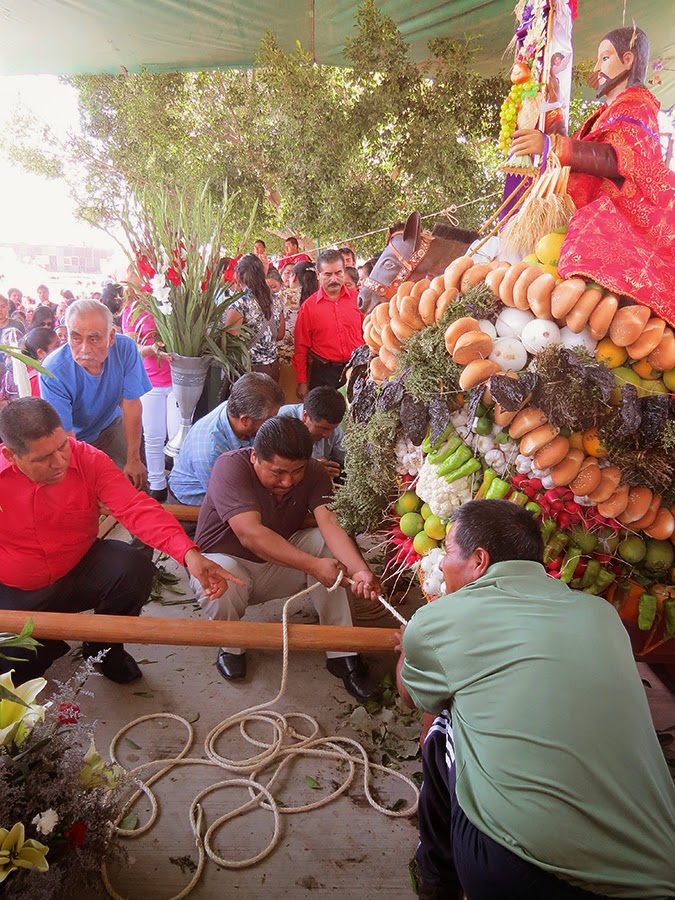 Led by the priest, flower pedals strewn along the path, with the smoke from copal filling the air, the procession made its way down the street. 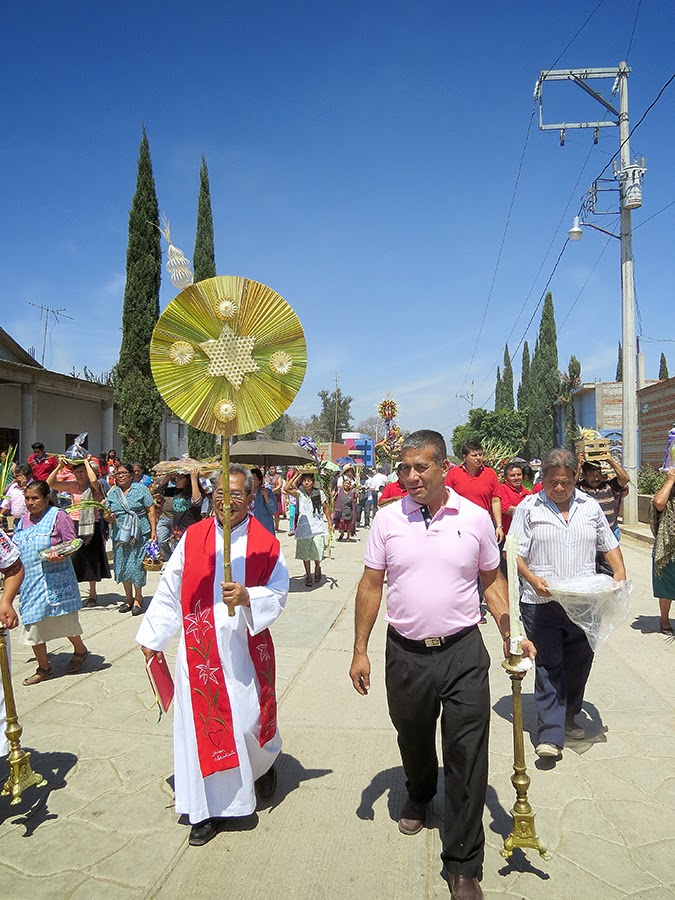 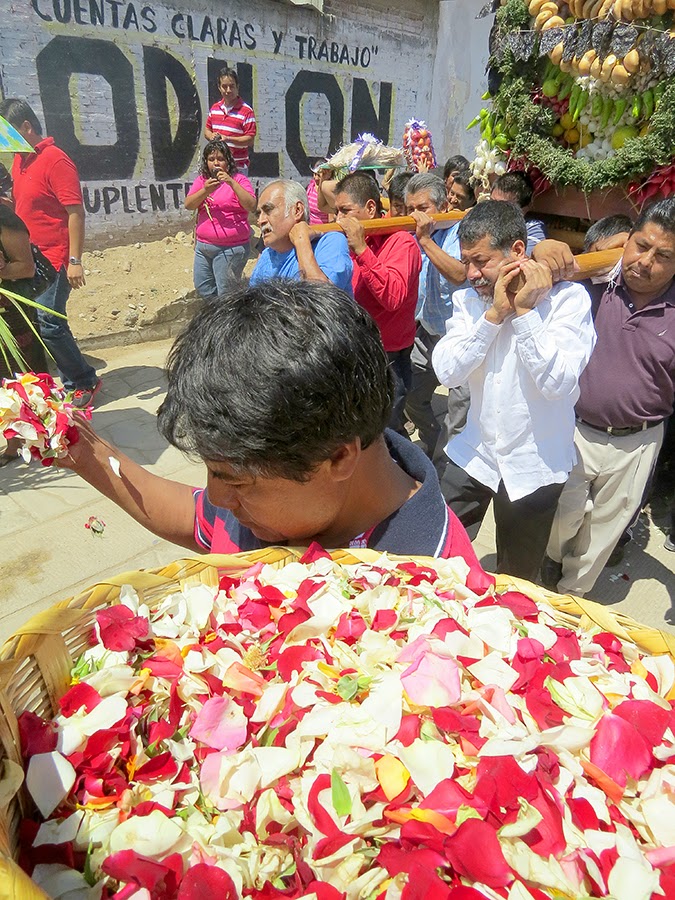 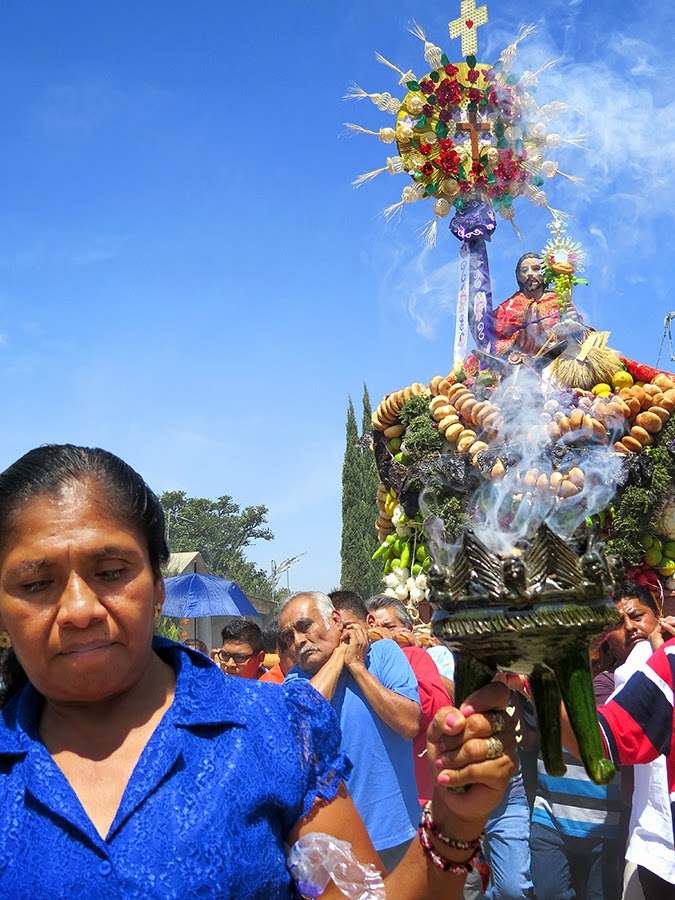 The strain was obvious as the men struggled to carry the load. 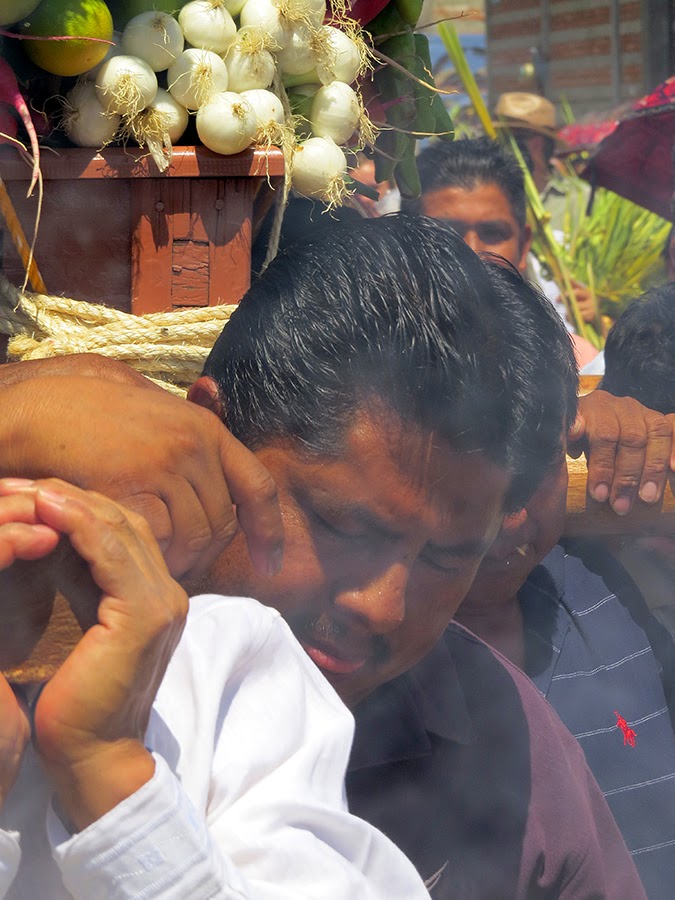 People followed carrying the offerings that had been brought through out morning. 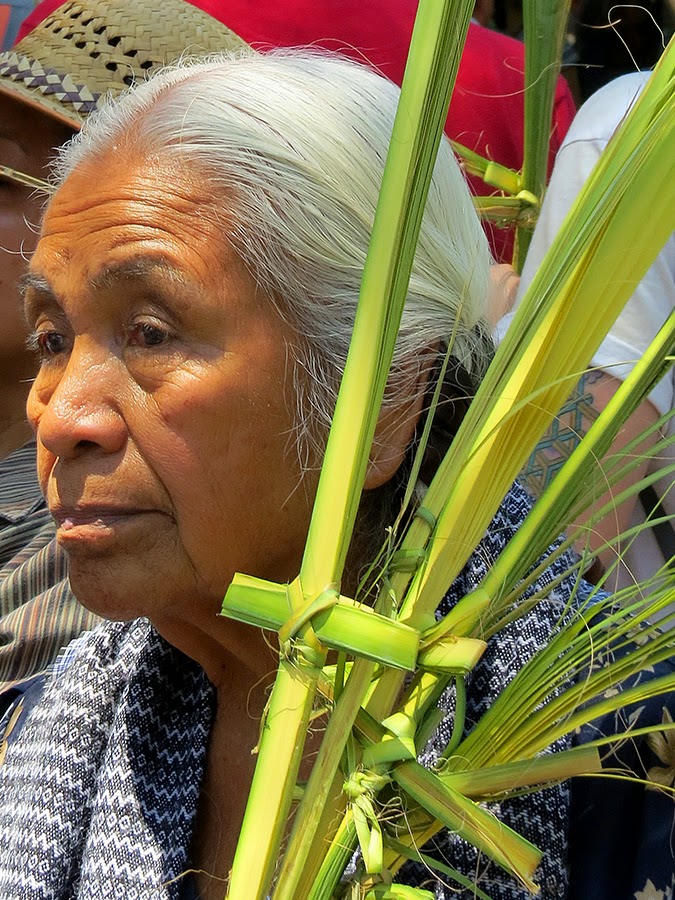 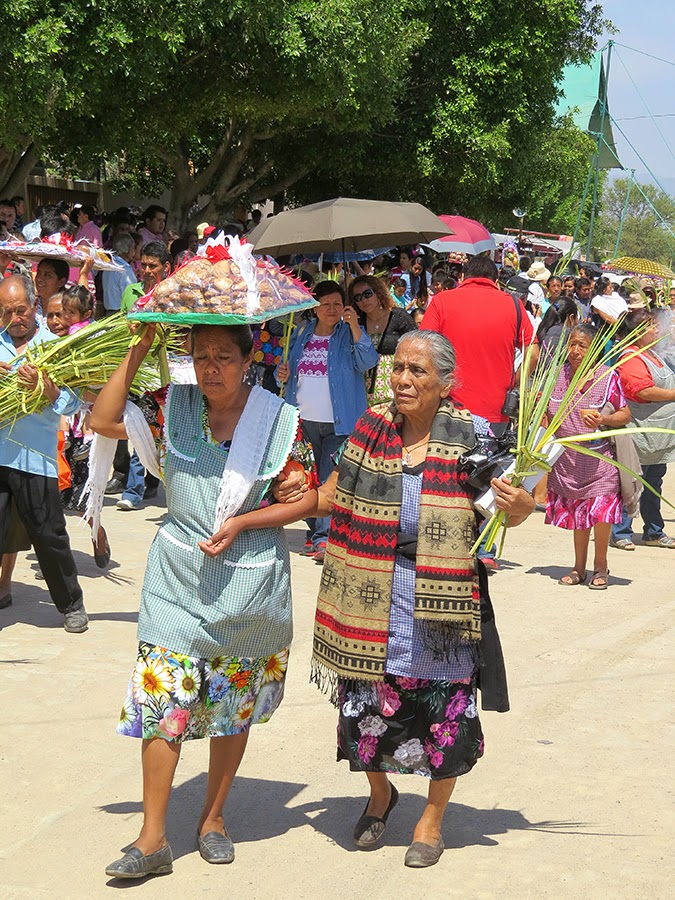 Or used a wheelbarrow if necessary. 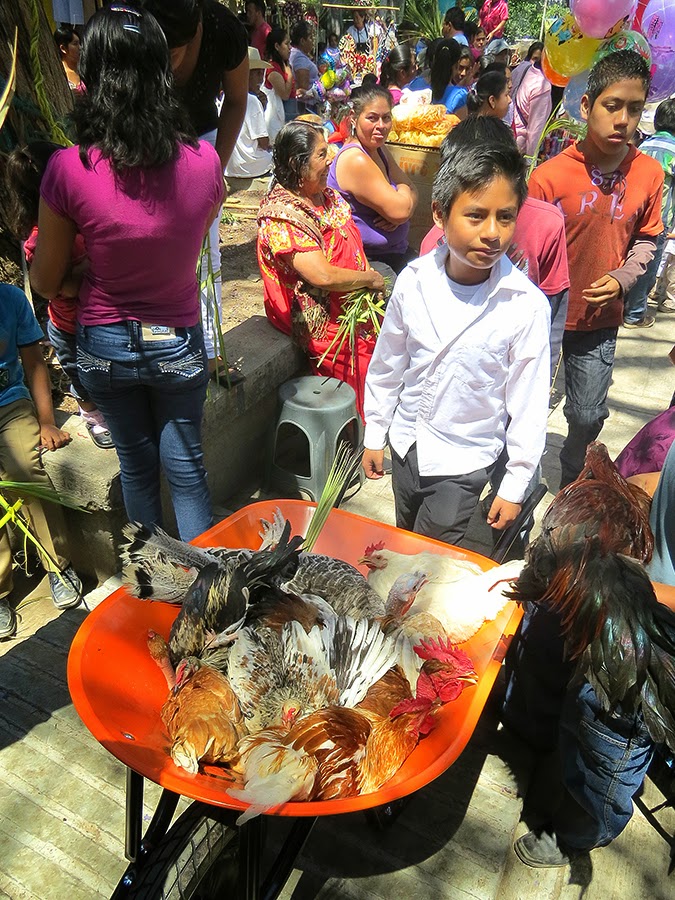 Finally, they ducked under the arch and arrived at the church.  Hundreds of people were waiting in the plaza in front of the church for the statue's arrival.  Mass soon followed. 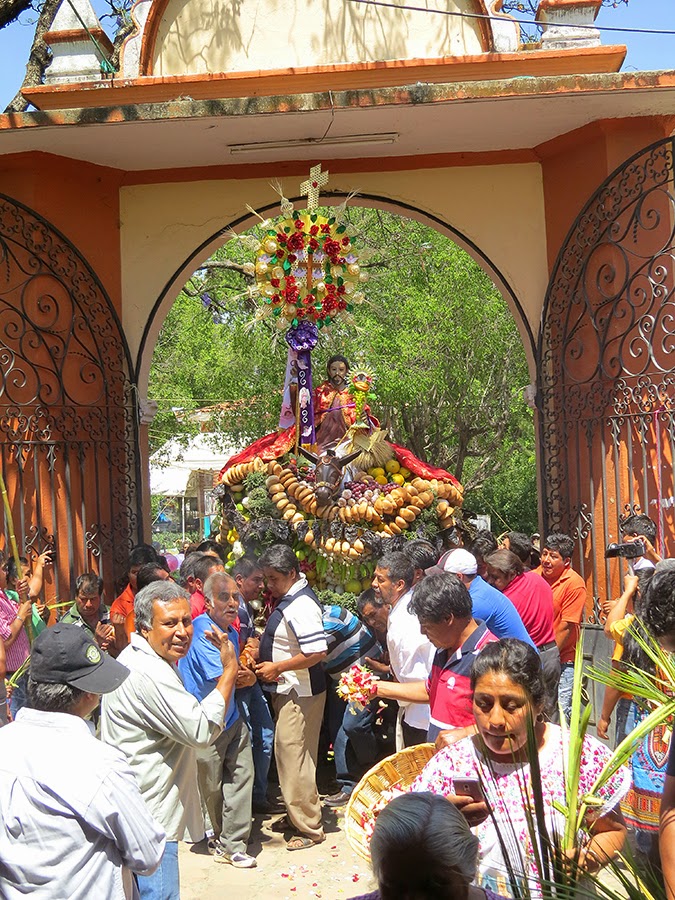 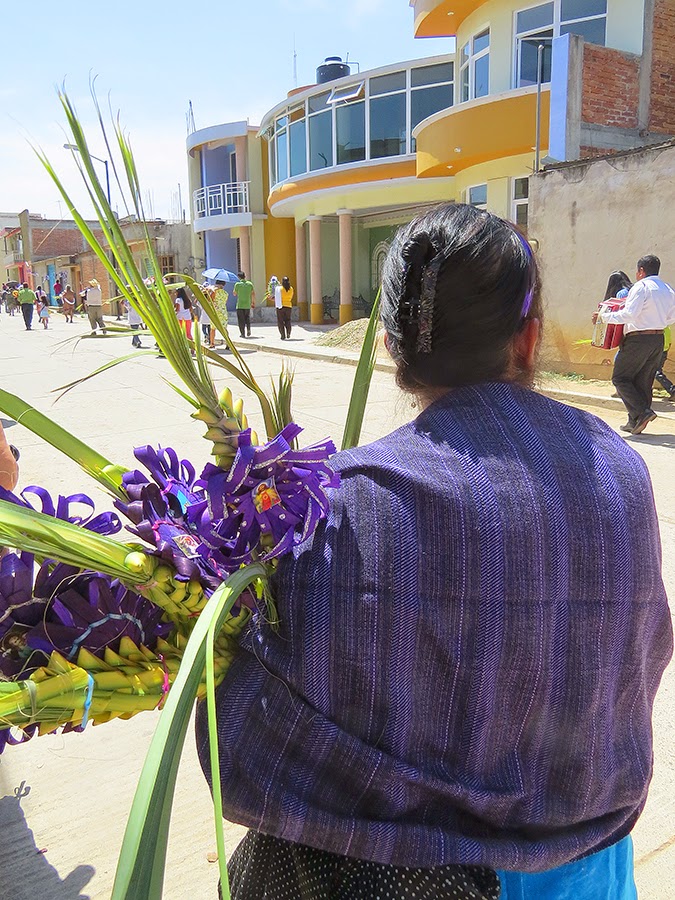 These photos are beautiful! Thanks for posting.