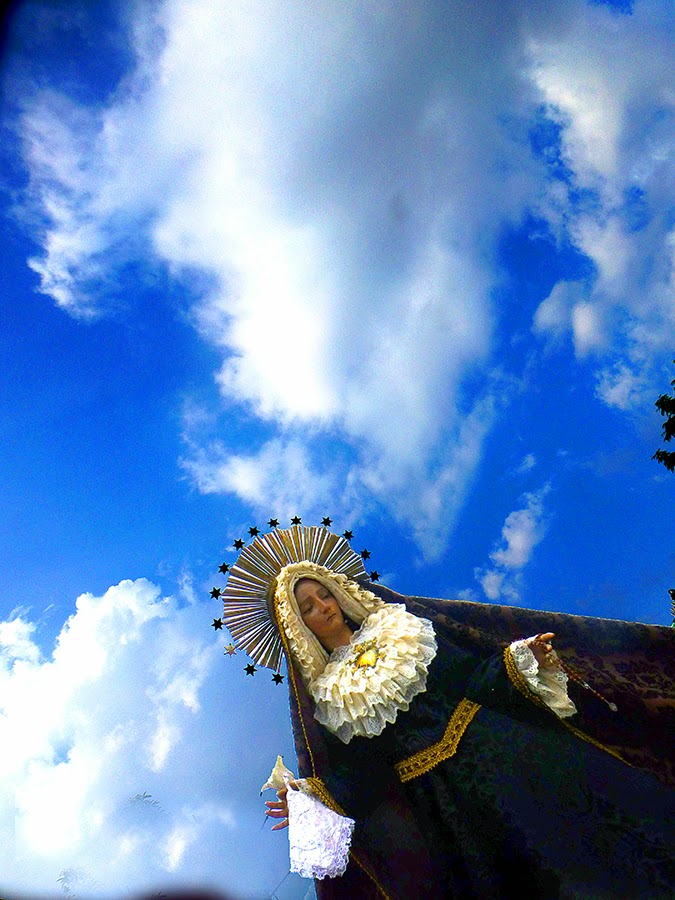 Because it is a celebration that is so ingrained in the social fabric of Oaxaca, it is hard to believe that the first Procession of Silence was only 28 years ago, in 1986.  For the 2014 version, the city was absolutely packed with locals and tourists from around the world.  I had a carefully laid out plan as to how to shoot it this year, but the best laid plans and all that.... they changed the route.  Instead of heading up the pedestrian walkway, they headed south, down Macedonia Alcala to the heart of the city, where they turned around and returned up Garcia Vigil.  The change came about because there is a fantastic artisans' market set up on the normal route.  Oh well, the shots just weren't there for me.  There were way too many people and uh, it got dark before we saw much of anything. 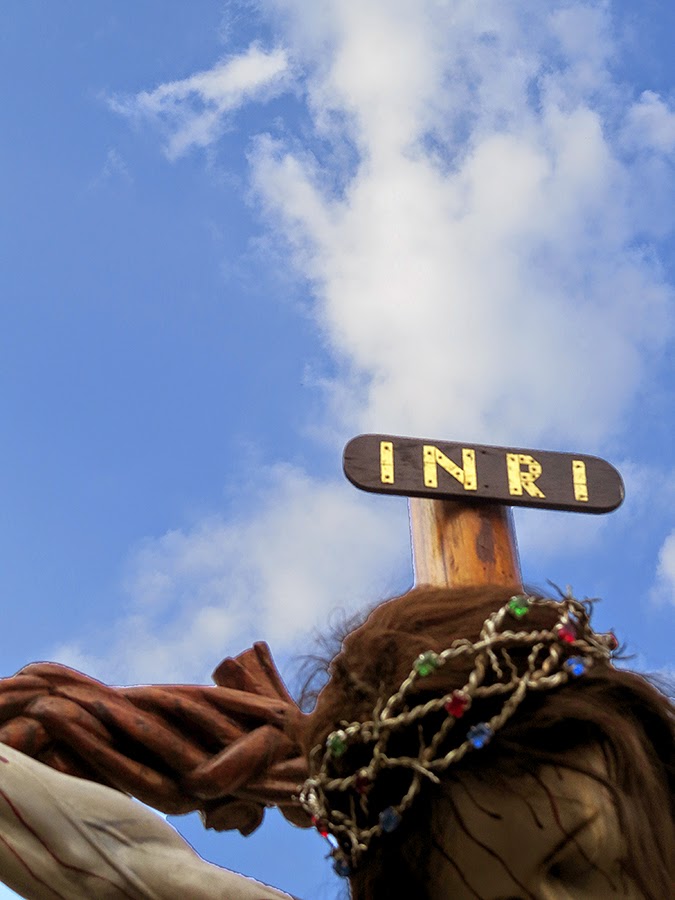 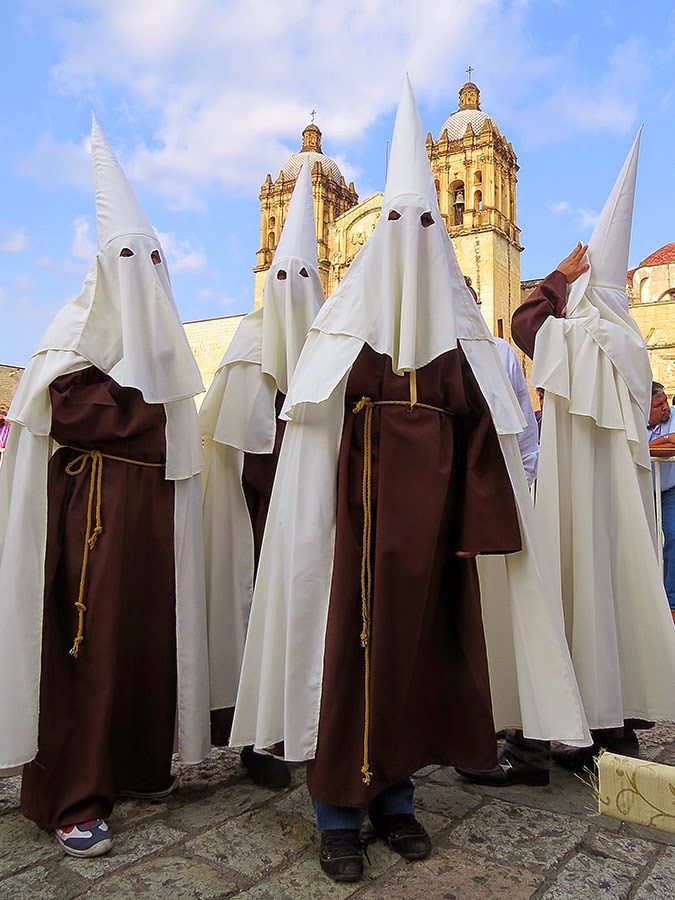 Some of the classic looks.  You can see how amazing the flowering trees are this year. 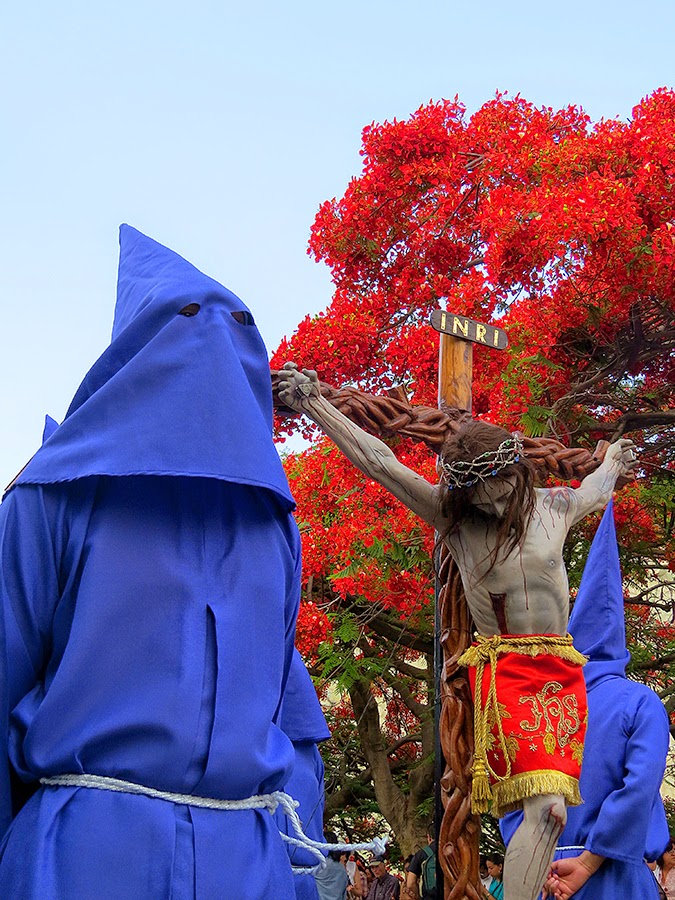 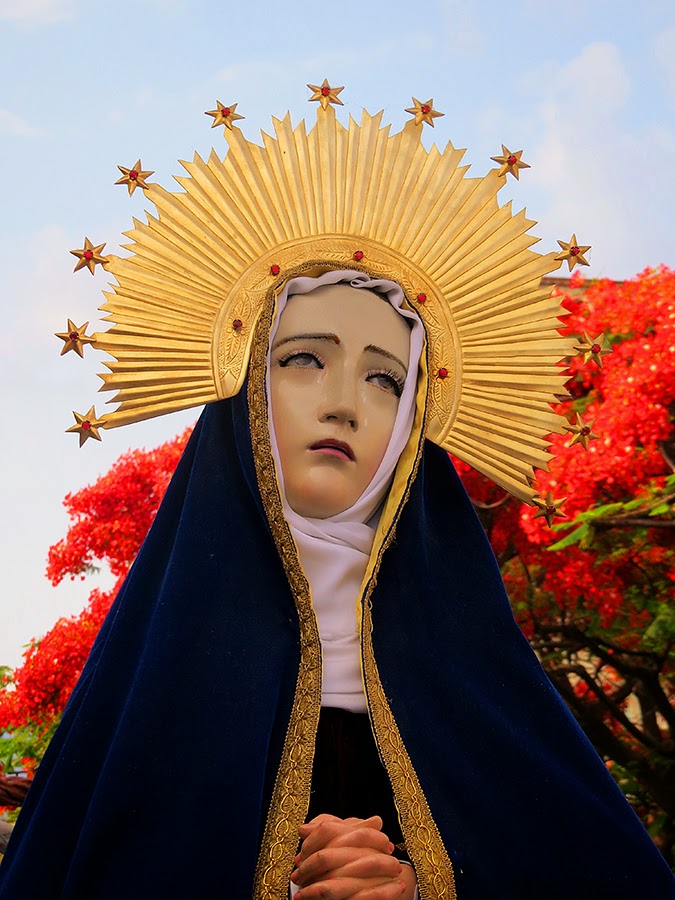 And going.... what a beautiful cloak! 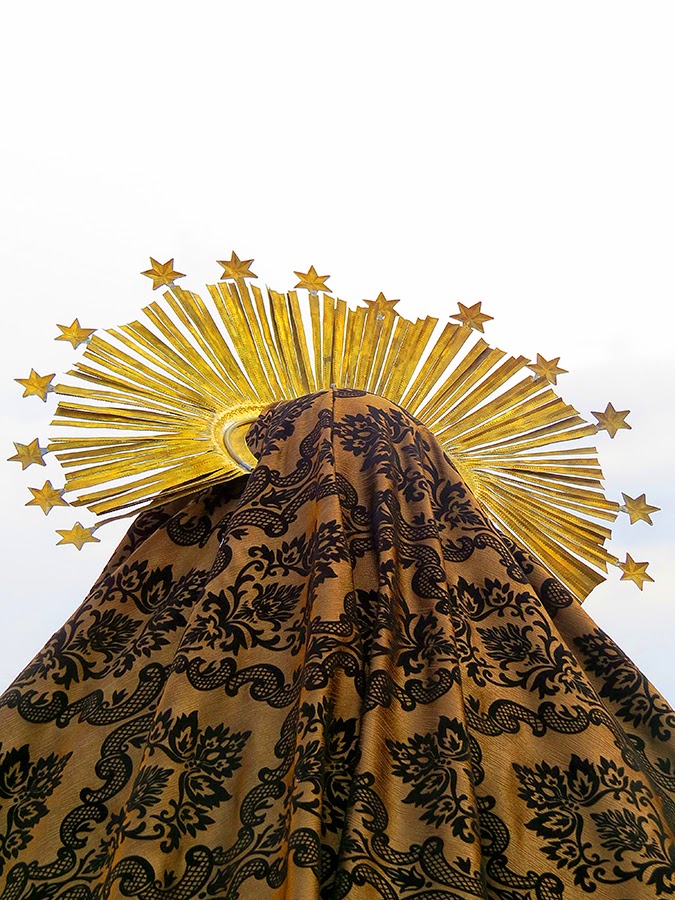 There were just so many people and everyone had a camera, phone or tablet, all taking pictures.  The crowds were much bigger down towards the zocalo, but too much for us. Then it got dark with great opportunities with colored lights on the trees in the background, but, dammit, those people just would not stand still. 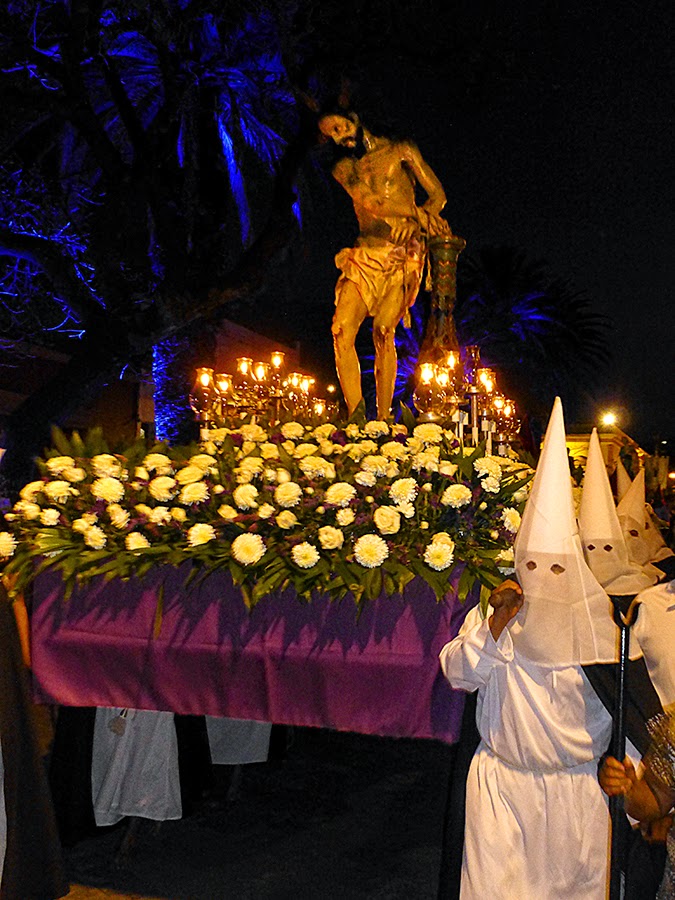 Well, they did stop when they needed to rest. 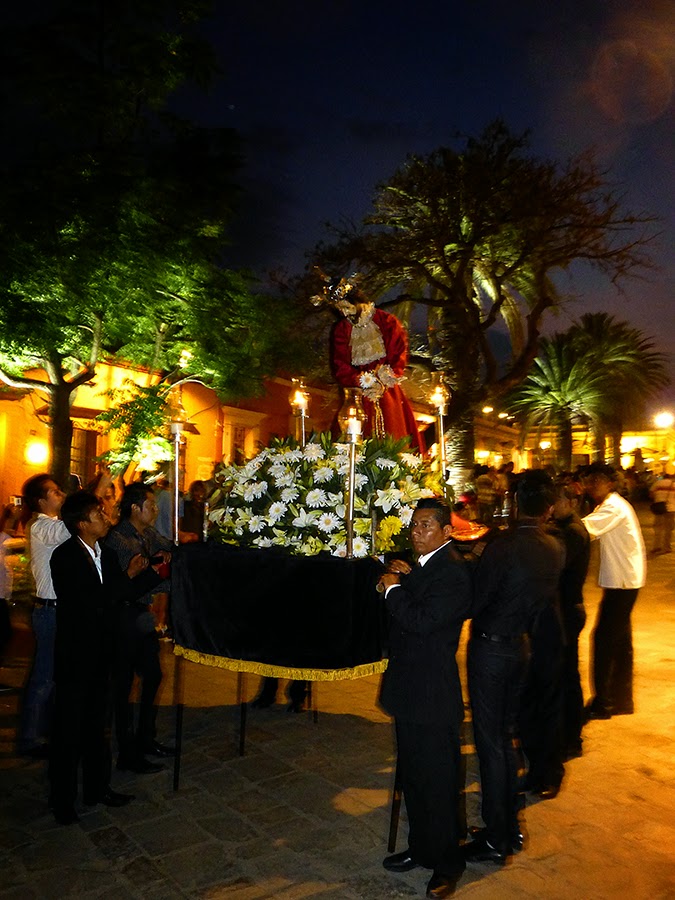 Always one of the most dramatic moments as the sound of the crosses being dragged along the cobblestones. 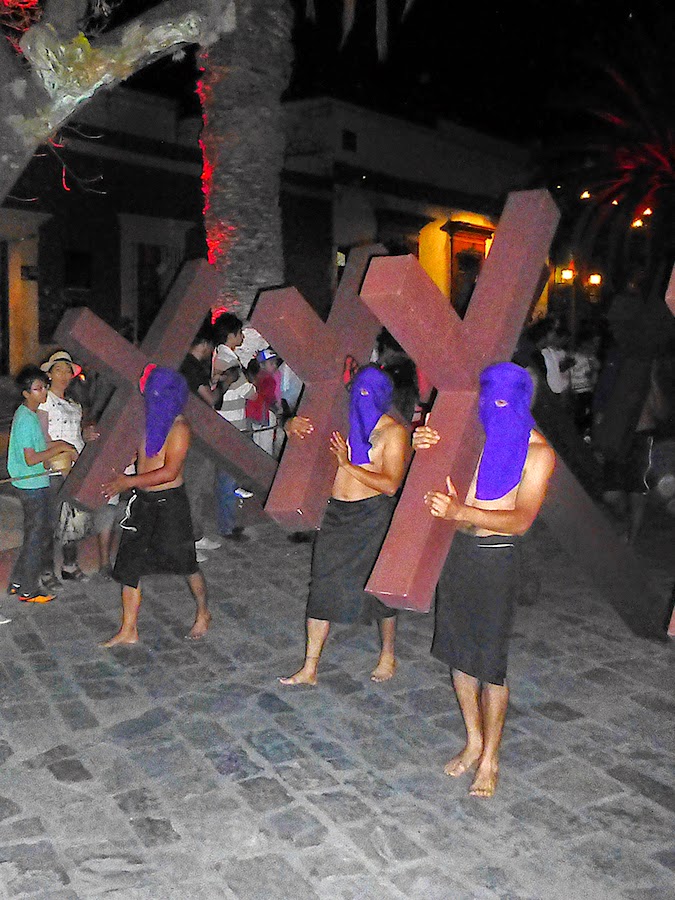 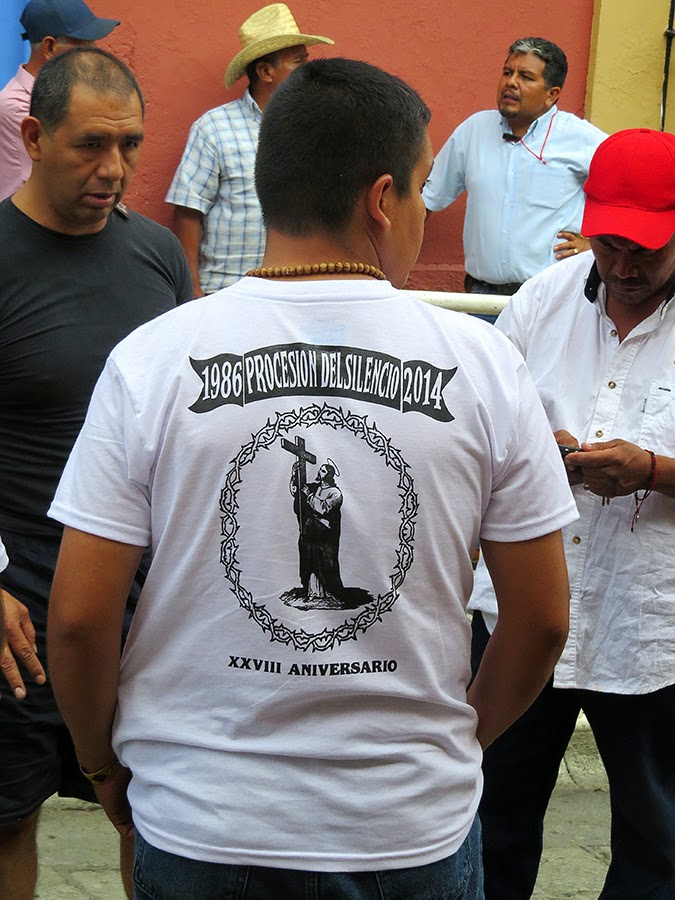