While in Tlacolula last week I noticed a commotion around the women from San Marcos, who were there selling their famous red/brown pottery. 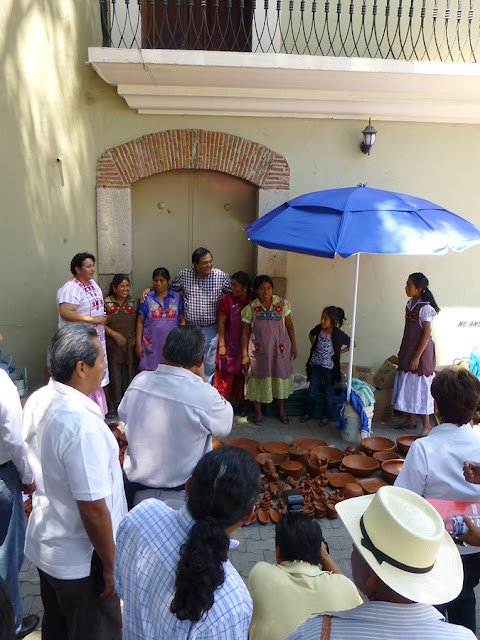 I asked a woman what was going on and was told that it was the presidente of the municipo.  I asked which one it was and she responded with a big smile and a real sense of pride, "That's her.  The first female presidente of Tlacolula."  I was then led over to her and introduced, a real honor. 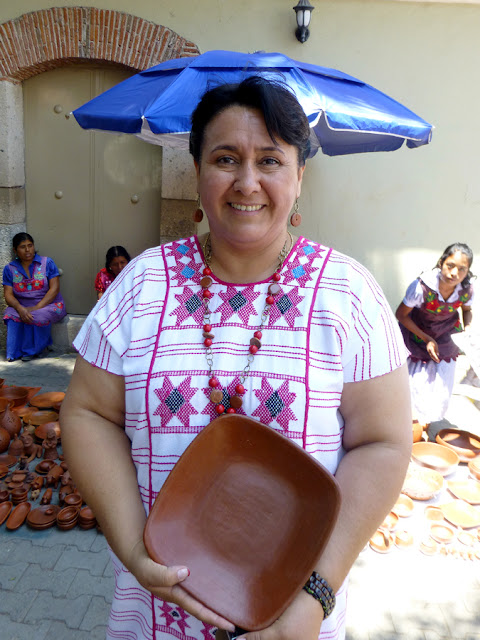 I believe her name is Concepción Sofía Robles Altamirano.

As in many parts of Oaxaca, women are active in local politics and live up to their legendary strength and intelligence.  The ladies from San Marcos are known for the unity and business savvy.... and their high prices. 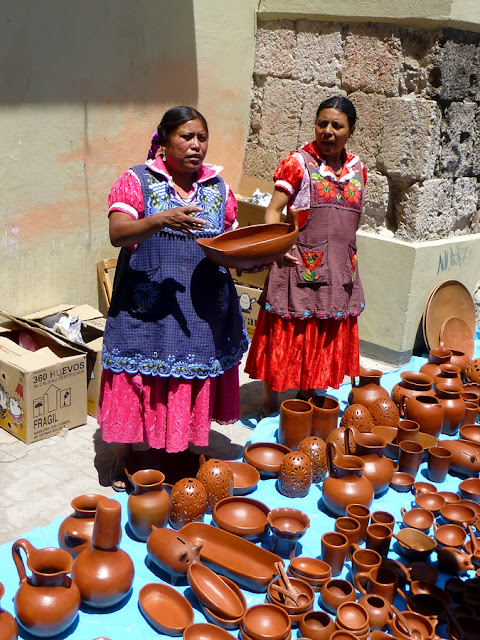 I love the look on this woman's face as she watched la presidente. 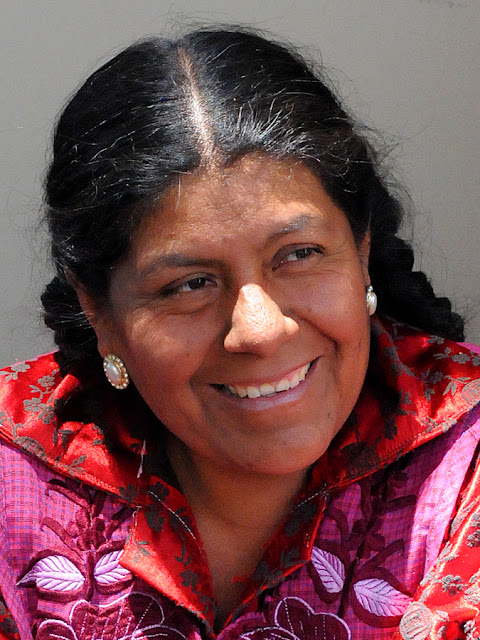