With the rains, the work picks up outside.  As I work, I catch wisps of fragrance from the plumeria that I have going in several parts of the property.  It is especially sweet because all were started from cuttings and then pruned to begin to shape them.  I remember buying a handful of cuttings from some young women at the market in Tlacolula.  It was obvious they had just hacked them off some plant that morning. They were very fresh... the cuttings, not the girls, silly. 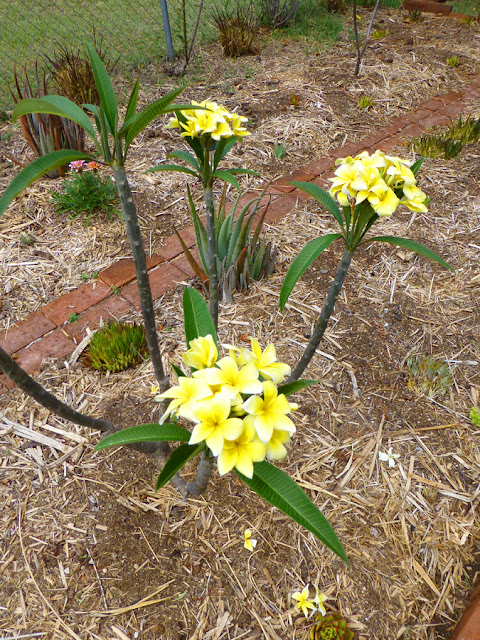 That was a year or so ago and maybe two thirds of them made it through the rooting process and then the long dry season.  Now.... I had no idea they smelled so good. Their fragrance fills the garden and wafts into the house through open windows.  In another five years, they will be very impressive. 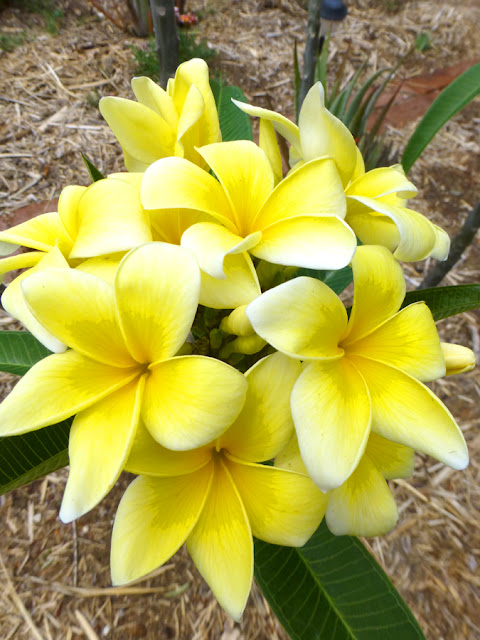 Incidentally, I just picked and ate my first papaya, which I grew from seed.  They are tough to transplant and I don't think this is the right climate for them, but the two year wait was worth it.
Posted by Christopher Stowens at 4/25/2013 04:44:00 PM

Sooooo beautiful....remember the frangiapani on the islands of St. Thomas and St. John. I miss their magnificent aroma.

You finally ate your first own-grown papaya. Big congratulations to you, Chris! Miss you.