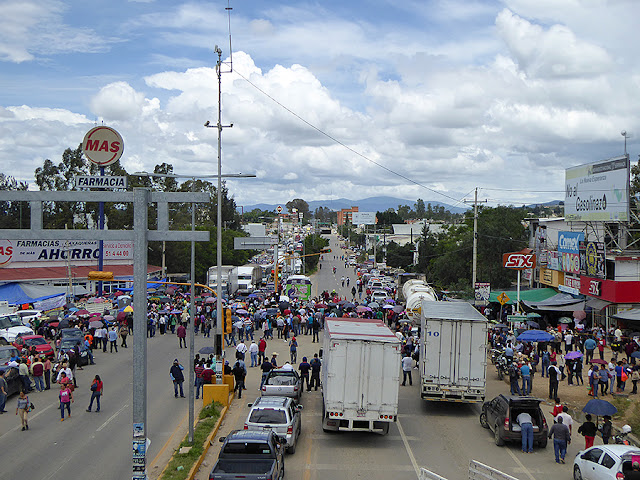 It's not always all sweetness and light.  Yes, today, Seccion XXII, the teacher's union set up blockades all over the place.  They shut the city and much of the state down or, at least, made it hellish.  I guess now that school has started it's time for them to not teach and instead protest.  I live not far from one of the key blockades, the one at Hacienda Blanca which effectively cuts off all traffic from the north, places like Mexico City.  I took the back way down to check out the action.  This was dead center of the intersection and nothing was moving. 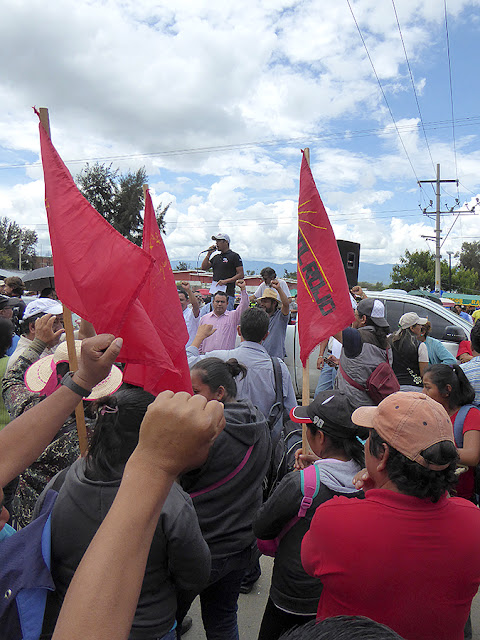 Of course, this has been going on for four decades and I won't get into the politics of all of it because it is way too complicated and messed up.  People are so used to it.  Note all the students from private schools walking south toward the city. 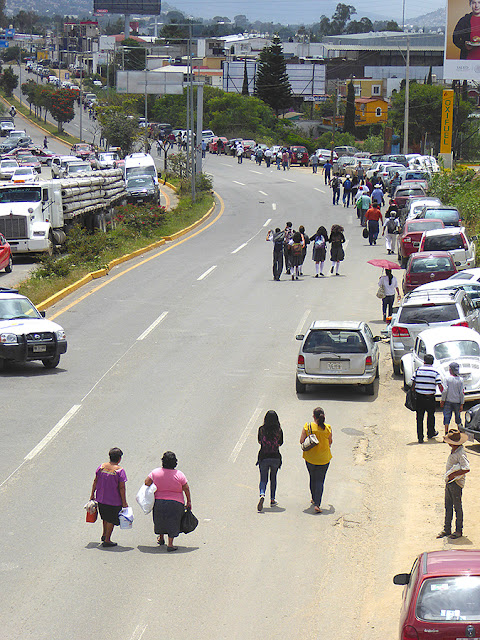 And drivers waited a few minutes and then did their normal thing, turned around and headed back by any means. 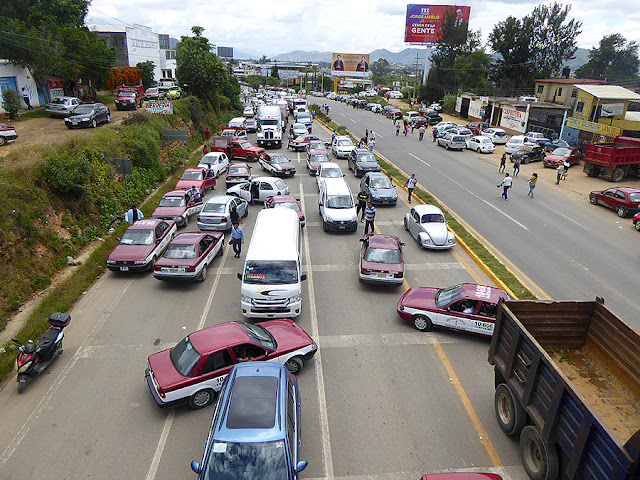 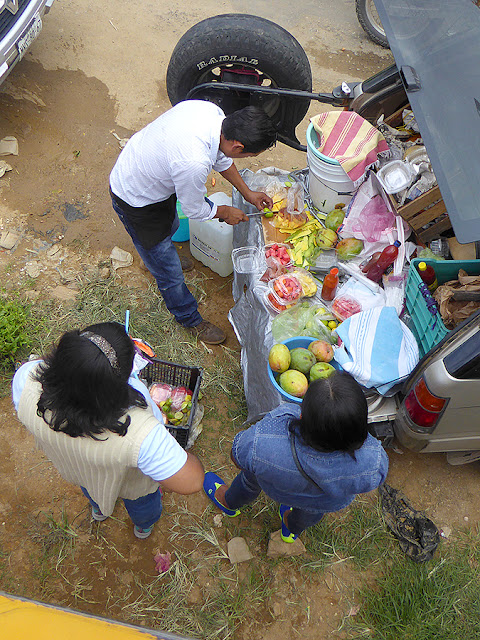 And to do other things. It was not free to pee. 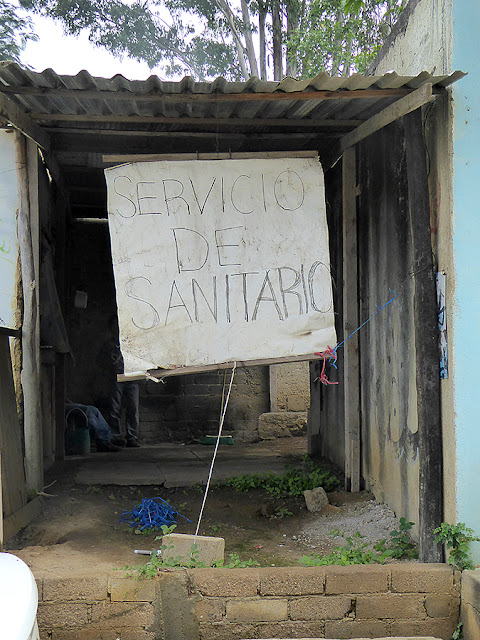 Also, there has been a stoppage of trash pickup in the city for quite a few days and the piles of trash are incredible in spots, but I'll spare you those shots.  Luckily, out in the country, the trash guys showed up for which I and my neighbors are very grateful.