The colors of time 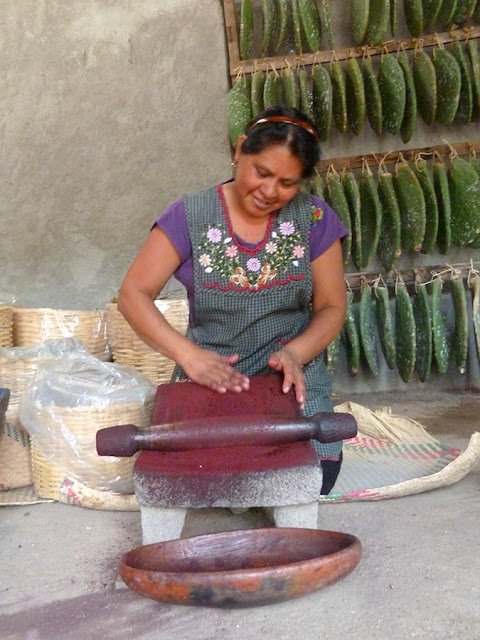 While visiting the home of Porfirio Gutierrez, his sister, Juana Gutierrez Contreras, showed us her metates that she used for grinding indigo and cochineal, the vivid blue and red used by the weavers in Teotitlan del Valle. 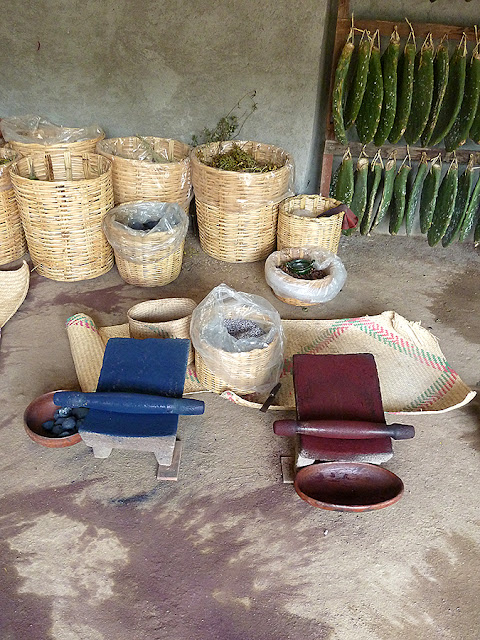 Those are lumps of indigo in the bowl off to the left. 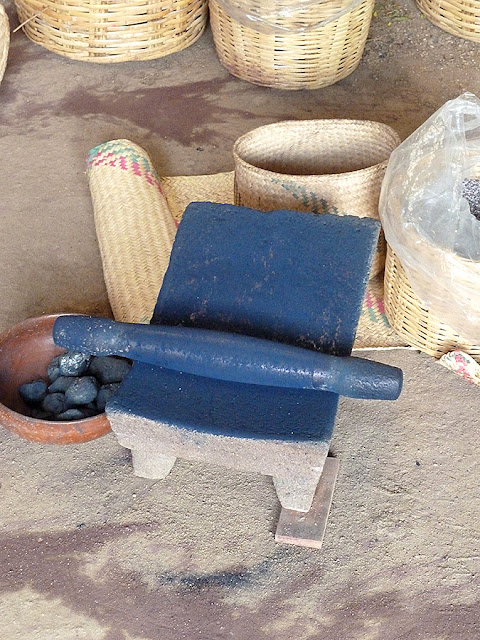 Look at that color! 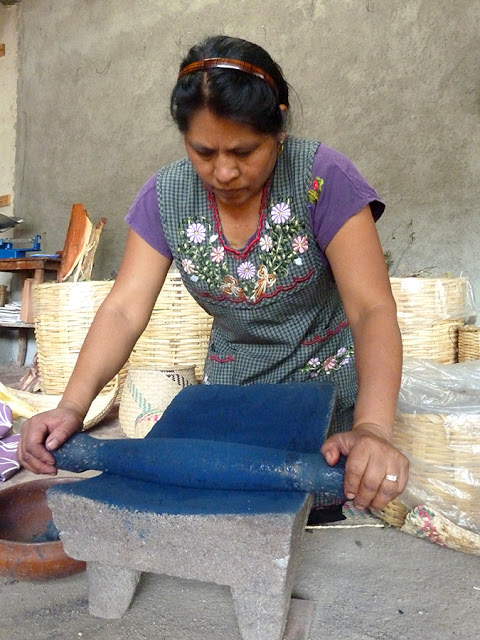 I have seen this many times, but never have I seen such well-worn stones.  Here, she uses the indigo one that she said she got from her mother-in-law and that it was over fifty years old.  The other, for the cochineal, came from her grandmother and was over eighty years old.  You can see how beautifully worn and shaped they are by all those years. 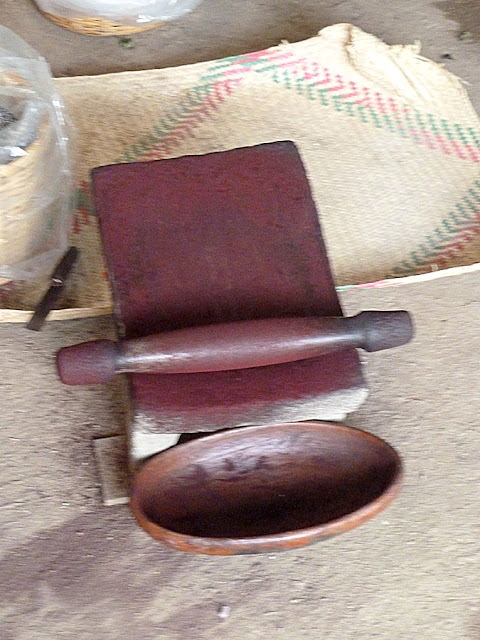 Those manos started out as conical cylinders and now they have those nice handles worn in on either end.  It took a lot of hard physical work over the years to get them that way.  Here is a random shot of someone trying out a new one in the market in Tlacolula 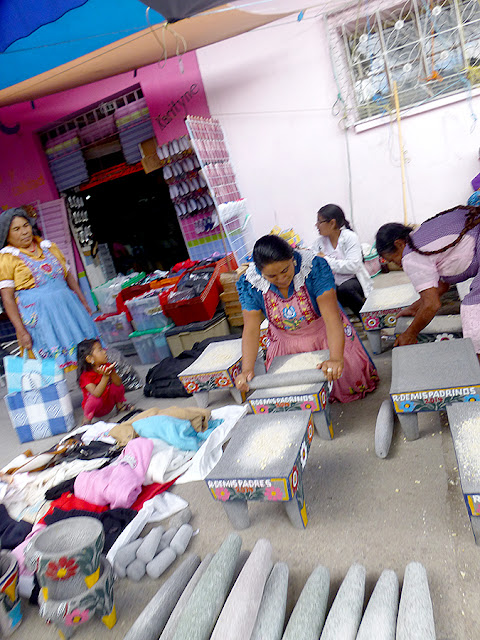 Metates and manos, the base and the roller, are common wedding gifts and can be found in almost every home, at least in Teotitlan.  They are used for grinding not only things for making dyes, but also for corn, chocolate, spices, chiles... but not the same ones as for the dyes.
Posted by Christopher Stowens at 8/23/2016 04:35:00 PM