One of my touchstone films is "Why has Bodhidharma left for the East?", the Korean masterpiece by Yong-Kyun Bae.  It is a Zen fable and one of the plot threads is as follows.  A young boy, an orphan and already a monk, is playing, throwing rocks, much as all young boys do.  He throws and, never thinking it could happen, hits a bird.  The bird's mate flies into a nearby tree.  The boy, shocked by his actions, picks up the injured bird and takes it back to care for it.  The bird dies, much to the boy's dismay.  He is tormented by himself and the cries of the bird's mate.  There's more to the story, but hey, watch the film....

At any rate, when I went out to water the side lot this morning, I found a young, but big black bird floating in one of the water containers.  It is the dry season and I have been letting the plants adapt, so it has been a couple of days since I had been out there.  Now, seeing this dead bird, I felt bad and immediately flashed on the film.  So I poured out the water and the bird washed onto the ground.  It looked horrible, just a mass of wet and dirt.... but its head moved.

Over the next few hours, I put on gloves and moved it into the shade, kept checking on it.  As it dried, it recovered a bit.  I wiped off the dirt.  I put out a little food and water.  I kept expecting to find a body, but no, it was moving more.  I wiped it off, talked to it, caressed its head and watched it jump onto a nearby shrub.  Then into a big tree, where I heard its tentative song.  As I write this, it is tweeting quite nicely and seems to have recovered.  I called up, "Thanks. Anytime you need anything let me know."  And it responded, "Likewise, I'm sure." 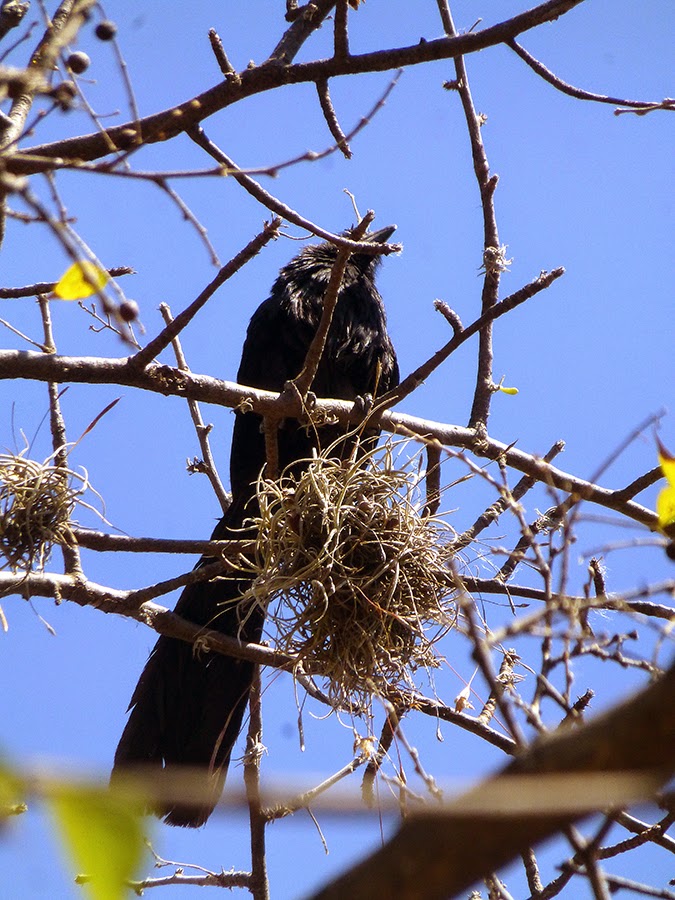 Steve and I have "saved" many bird's lives. We have many oversized windows in our house and birds frequently fly into them. We rush out,wrap our little friend in a facecloth and hold them until they recover. sometimes it takes hours! Just last week in Akumal Mexico upon returning to our beach bungalow we found a bird lying at our doorstep apparently a victim of one of the many ferel cats in the neighborhood. he was barely breathing but with an infusion of "love" he recovered and flew away! What a wonderful feeling!!!!