We always comment on how strong the women and girls are here as they carry theses large canastas and process and dance through the streets.  Many an outsider tries to do it, but they just can't. 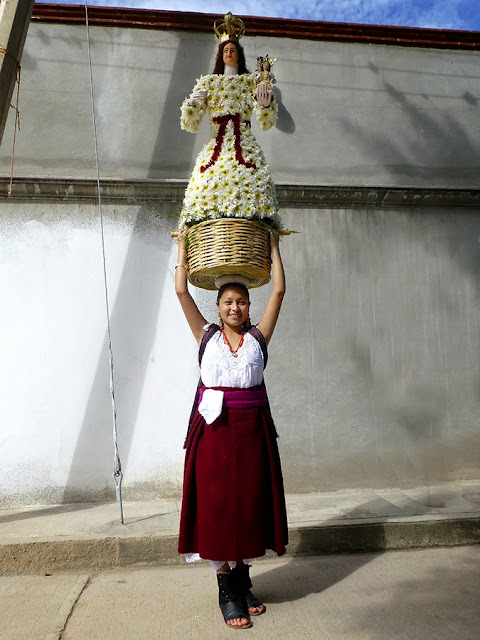 Well, yesterday, we went to a calenda in Tlacolula, where they were celebrating the Virgen del Rosario and I gained a whole new appreciation for the art of marmotas, the cloth-covered, wooden- framed globes that I have seen in hundreds of celebrations. 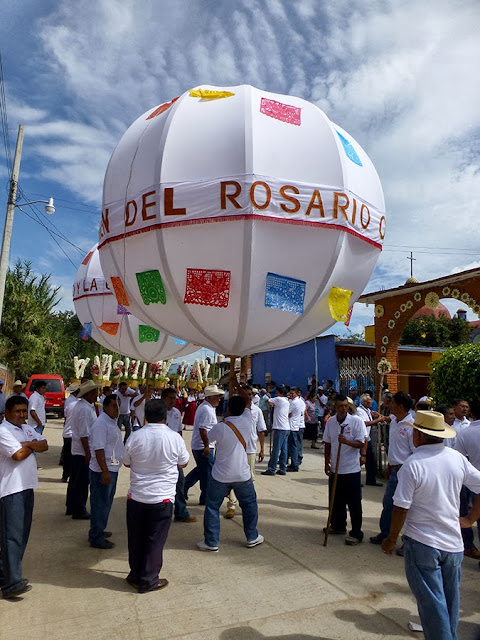 It turns out that Tlacolula is the village of many, many, marmotas.  I have never seen so many at one time. 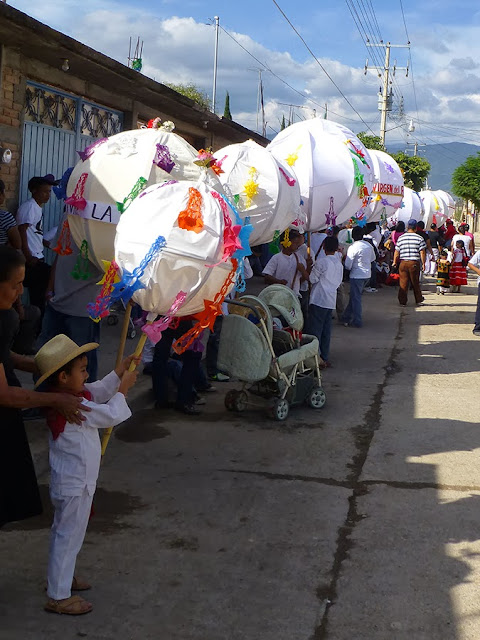 And everyone seemed to have one, young, old, boys, girls, a sea of marmotas. 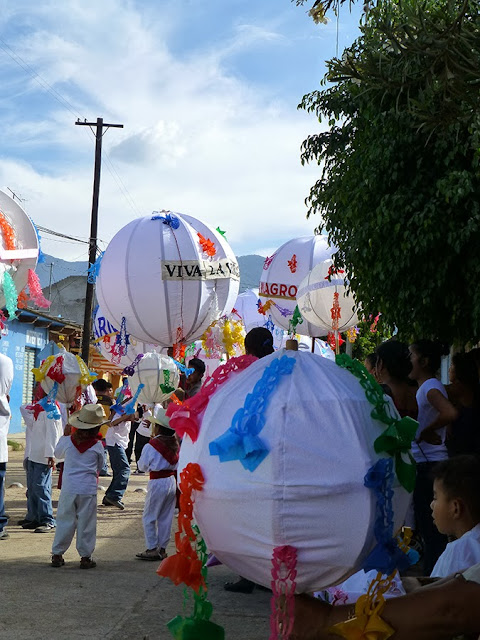 So at one point, a group of men asked me if I wanted to try it.  After some good-natured encouragement, I was more than ready to take advantage of this wonderful opportunity.  My first time with a marmota, I mean, how hard can it be?  They put the strap to hold it over my shoulder.  It has a cup at its base, much like a flag holder.  Then they lifted the marmota and there I was, holding up this massive globe. 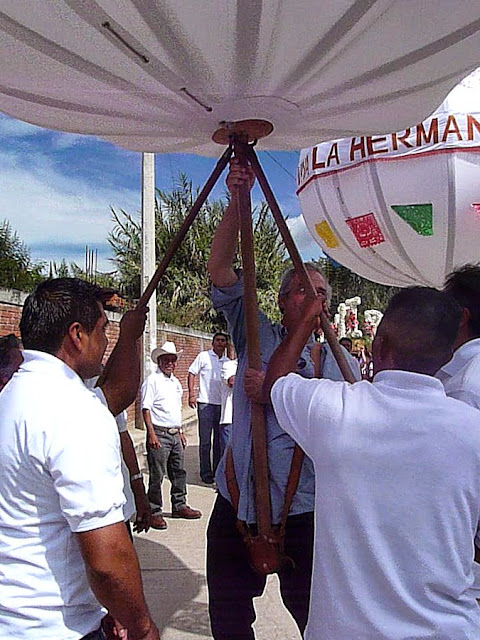 And guess what?  It weighed so much more than I ever expected.  It felt like somewhere between 50-70 kilos. And now I am supposed to dance??? 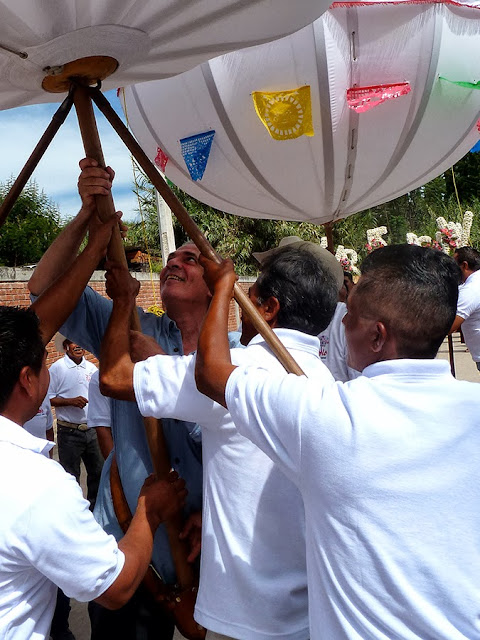 The art clearly is feeling the balance point, which I never did. 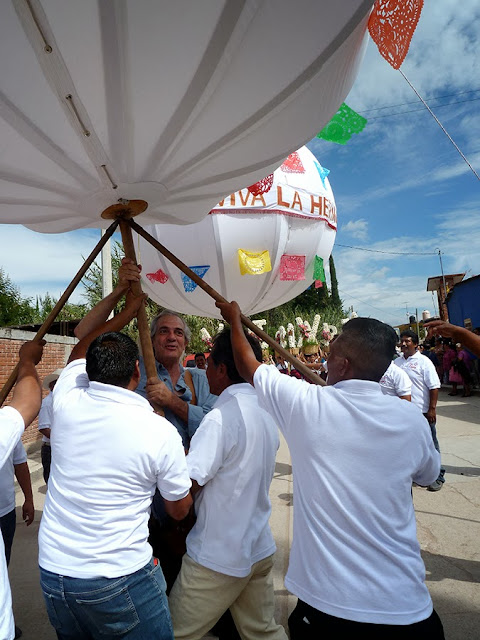 The thing just kicked my butt and laughed while doing it... along with everyone else.  The men kept the marmota (and me) upright and I got off a few Fred Astaire moves and a moonwalk (and then I woke up) and ultimately took pity on me and lifted the thing off and on to the next guy. 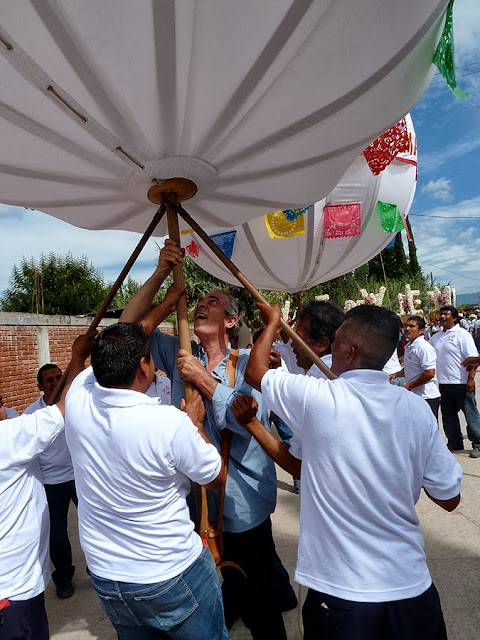 The thing was that everyone was dancing with these things.  It became obvious, I should have started like the rest of the kids, when I was young.  They did it effortlessly although the littlest kids were struggling to keep the heavy canastas on their heads, but they were, after all, all of about four years old. 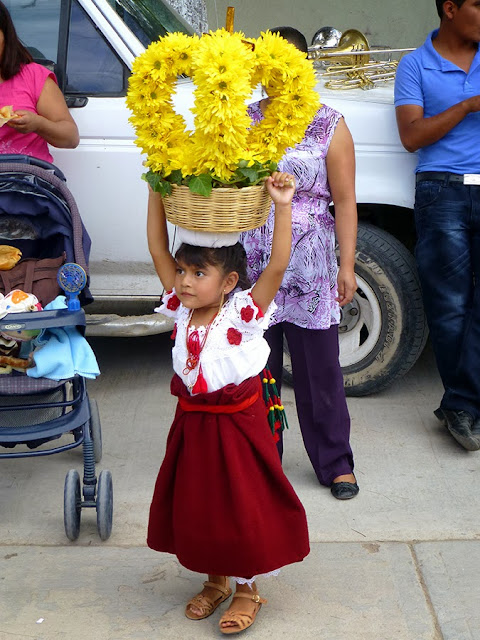 We watched this one young guy, who danced so gracefully, often with no hands on the pole, for about fifteen minutes.  He was not even winded. Really, I think he was the best I had ever seen, but maybe I was still dazed by my own attempt and how easy he made it look. 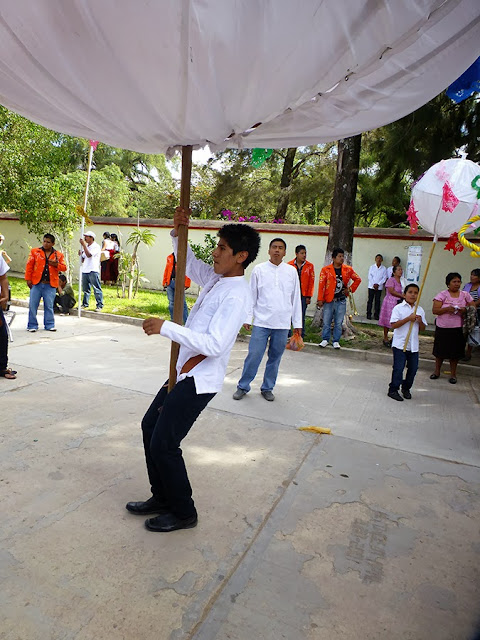 Thanks to Shannon from Casa Colibri for taking the shots of me.  I am so glad she can shoot while laughing.

There is another calenda in Tlacolula next week and you can be sure we are going and I am going to try it again...... maybe with the one the little boys use.  No, I'll try the big boys version again if I get the chance.
Posted by Christopher Stowens at 10/05/2013 05:55:00 PM

I once visited Huatulco in roughly 1990, when it was still relatively undeveloped. Beautiful part of the world.

Nice blog work. I came across your blog while “blog surfing” using the Next Blog button on the Nav Bar located at the top of my blogger.com site. I frequently just travel around looking for other blogs which exist on the Internet, and the various, creative ways in which people express themselves. Thanks for sharing.