Ron Cooper and his mezcal 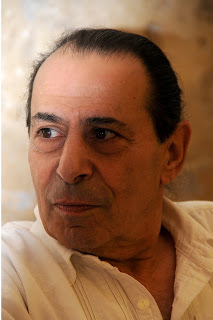 Last week I accompanied a food writer, Pat Reed, as her photographer to interview Ron Cooper, an artist from Taos, who established a mezcal bottling company here in Oaxaca back in the 90's. Ron's company, Del Maguey Single Village Mezcals has a great reputation and he has earned respect both in the States and here in Mexico. 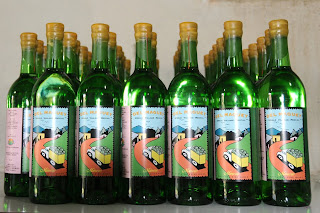 We started at his office in the city and then met him out at his bodega in Teotitlan del Valle. From there we followed him to one of his palenques, places they make mescal in Chichicapa. All Ron's contacts make their own mezcals and he guards their locations and special techniques carefully. We were sworn to secrecy as to where the one we visited was. 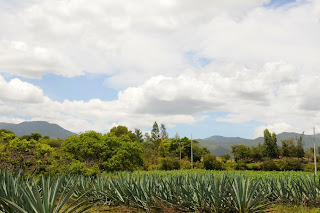 If you can recognize it from this, go crazy. 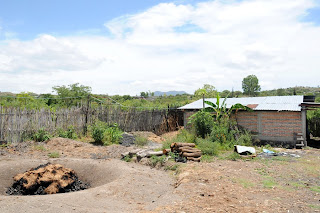 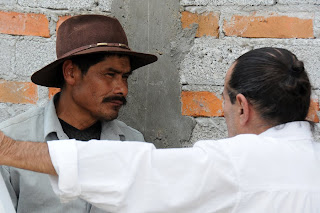 Faustino was not making mezcal while we were there, but he will be later this week and we will go back to finish the shoot. Still, it was interesting to see the place.
The altar in front of the distilling unit. 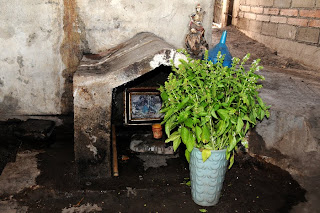 The process is fairly straight ahead. The maguey or agave is planted and then one simply waits for seven years for them to mature. The plants do not need much care, just an annual cleaning. Then the leaves are cut off, the piña, or center section is baked for two or three days in a covered pit which imparts mezcal's distinctive smokey flavor. 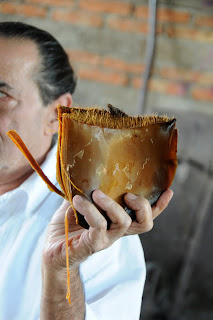 Then the piñas are then crushed with a stone wheel drawn by a mule or horse in this case. 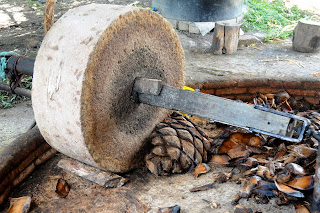 This produces a sweet extract, called aguamiel, which is put into vats to ferment for five to fourteen days. 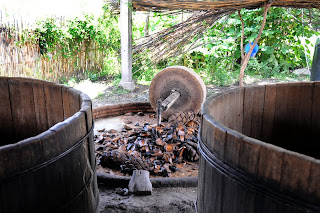 The resulting liquid is about six percent alcohol, which is, in turn, distilled and ends up between 40 and 56 percent alcohol. Don't try this at home, unless you live in Oaxaca. There is much more to producing good mezcal. However, because I am sworn to secrecy and I value my well being, I can't divulge any of the ticks of the trade. Needless, to say, it was mighty fine drinking. 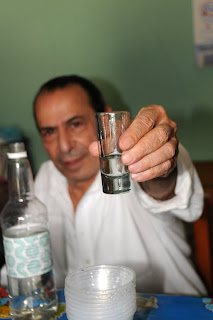 nice article but I have another question. are you by any chance related to Dave Stowens? I haven't been in touch with him for years but he was one of the best guitarists I ever met and the name is a bit unusual.

Hey, nice story about Ron, I'm trying to find him for an event at our Folk Art Museum in Santa Fe....where Pat Reed comes from! Maybe he is down there???????? How is everything...