All politics is local

The hyper-political situation in Oaxaca has been in the news for the last couple of years, but really the problems go much further back. Mexico had 70 years of one party rule and that lead to obvious problems and reactions.

This blog is not meant to be political. No reason for me to get kicked out of the country immediately. As an artist, composer, teacher and general loudmouth, I have a knack for alienating folks, but I am learning to keep my mouth shut. As the Mexicans say, "En boca cerrada no entran moscas," roughly translated, "Flies don't enter a closed mouth."

Far be it from me to understand the many levels of political actions and discussions. After living in Boston, where politics is a contact sport and a way of life and then in St.Thomas which has its own complex issues and influences, it appears that "all politics are local" as former Speaker of the House and Massachusetts icon, Tip O'Neill said.

The problems in Oaxaca have been well documented. They continue today and are followed in many parts of the world. The last year and a half have wrought death and economic disaster for the state, which is now the poorest in Mexico. The governor is reviled by many and the divisions in the population are just as firmly entrenched here as the Reds and Blues are in the states. The sides are drawn and no one is about to give an inch.

I sat and listened to two women argue the facts. One was an established artist and the other was a local character of some notoriety. One argued the left and the other the right. They spoke of the poverty, corruption, education, economic and social ramifications that have made Oaxaca a cauldron of political unrest. After listening to both sides, which was much like listening to those loyal to Bush and those decidedly not, I asked what they thought the solutions were. They could agree on nothing. And there it ended. The artist said that she thought the world was a very divided place these days with not much agreement to go around.

Oaxaca is on the cutting edge of global conflicts. Workers earn so little that it no wonder that thousands have headed to El Norte. The state mandated daily wage is $4.50 USD a day. This area is rich in indigenous peoples with long histories. It is still dealing with the results of the Conquistadors and colonialism. Mexico is rich in oil, natural resources and tourist attractions. And it is a large country. It is like visiting Bangor, Maine and thinking one understands Denver or Tallahassee or New York. Mexico is big and Oaxaca is just one small part of it, but it is worth visiting and understanding because it has many of the problems that many of us will be forced to confront in the coming years.

So I will stay away from the politics for the time being. One of my focuses this year will be how the political and economic problems have affected the indigenous artesanos in the outlying villages. These rural agricultural villages had developed economies based on art, whether it be wood-carving, weaving, textiles or ceramics. These sorts of places are rare in the world. Can you think of places in the US where art builds roads, schools and feeds the family. I am sure they exist, but here, I watched it happen and now I am curious how things will proceed now that the economy has crashed. Make no mistake about it, there are plenty of tourists here and it is the same magical place it has always been. It is just that there is something major under the surface.

As I said, there are no obvious solutions, only complex issues and even more complex problems.

Oaxaca is an artistic city. There is much political graffiti. The city government paints it over and it appears somewhere else. It is creative stuff. 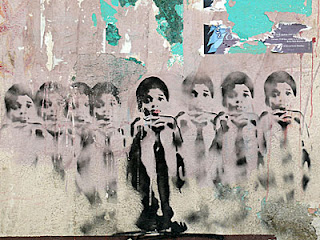 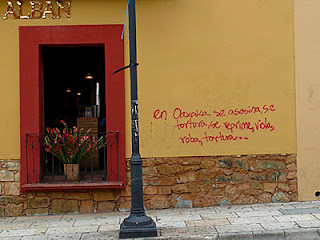 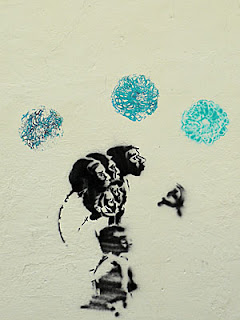 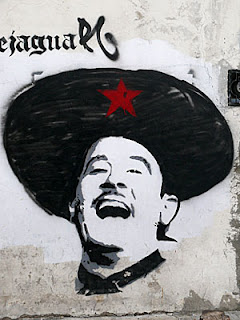 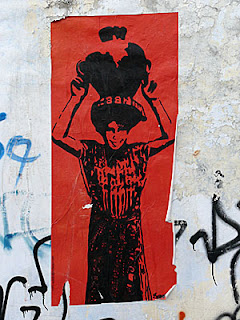 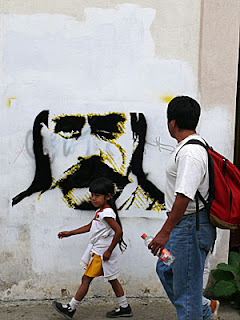 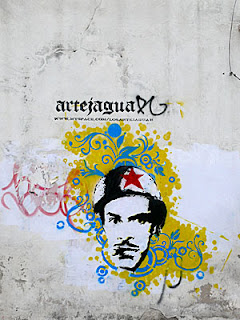 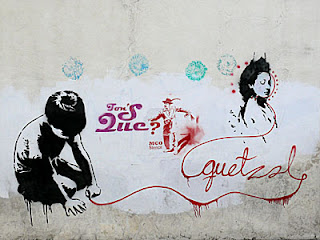