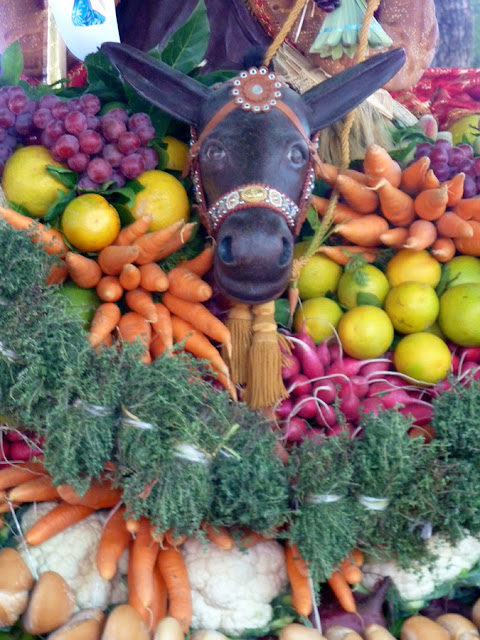 San Antonino is a village just outside Ocotlan, about 30 minutes south of Oaxaca.  For more reasons than I can go into now, it is one of my favorite places in the world.  Besides growing some of the most beautiful flowers in the area, it is known as San Antonino del Flores, it also has one of the most spectacular celebrations for Day of the Dead at the pantheon.

On Palm Sunday the village has the most wonderful tradition in which they bring the best of the best fruits and vegetables to the pantheon to decorate a statue of Jesus riding on a burro, which they then carry through the street to the church.  Words fail.  Pictures fail.  You had to be there to feel the joy and magical energy.  This is what community spirit feels like only times ten. 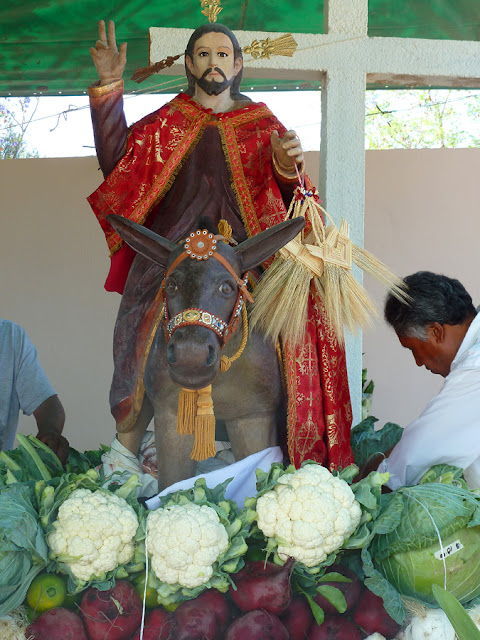 We arrived early enough to watch them receive the various offerings brought by the villages which included cabbages as big as basketballs, boxes of mangos, goats, chickens, pigs, beets as big and beautiful as it possible to grow, corn, fruits too many to list, all of which would be sold after Mass to raise money for the church. 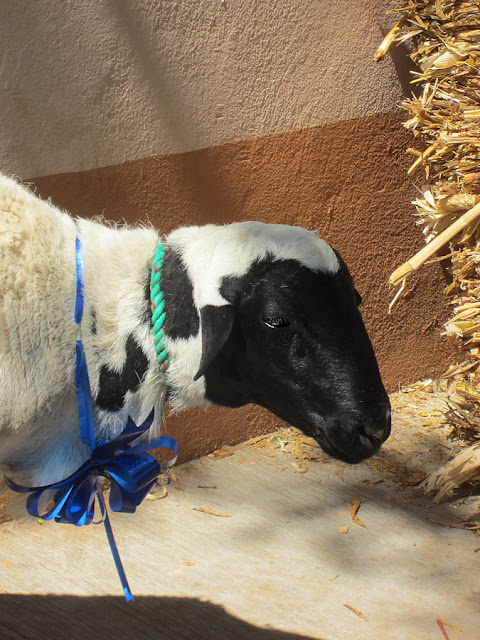 Look at all this stuff and yes, it is all for sale at really good prices. 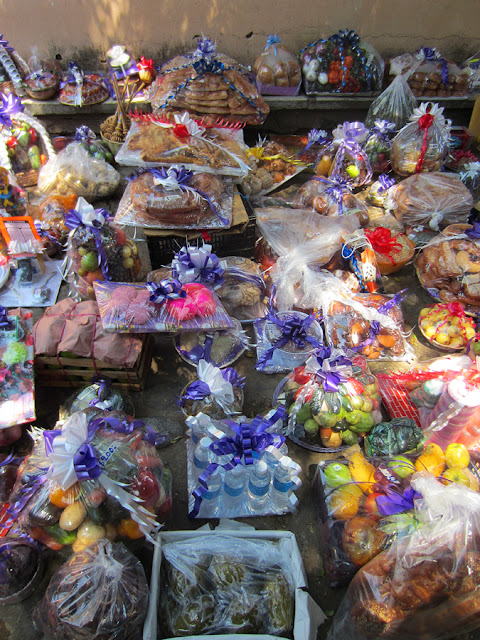 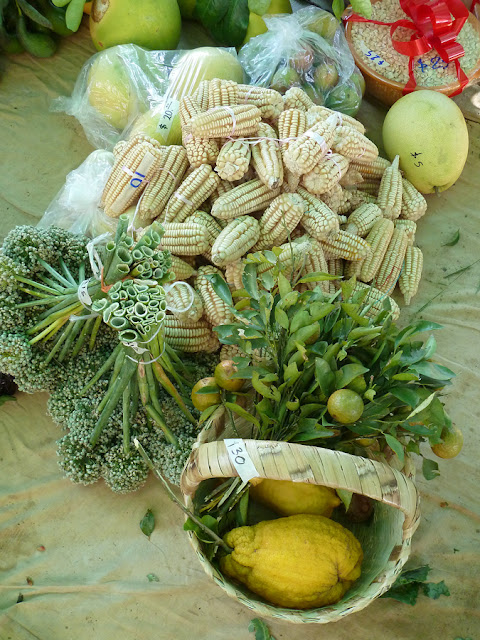 After a couple of hours of carefully assembling a massive pile of good stuff around Jesus, 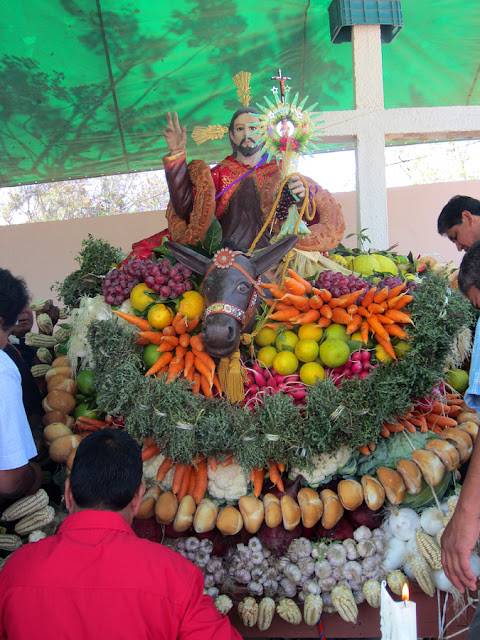 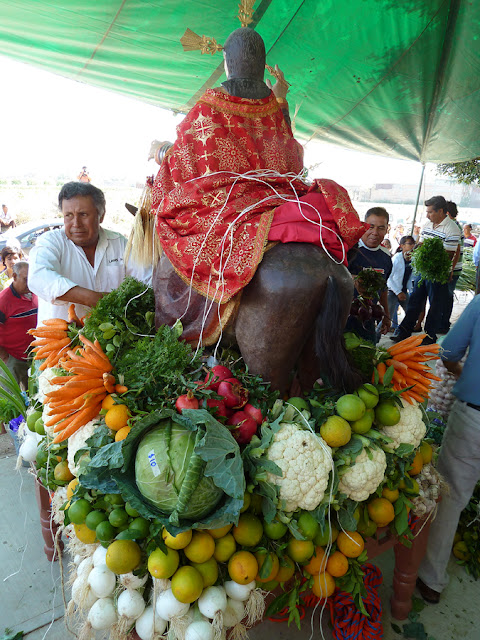 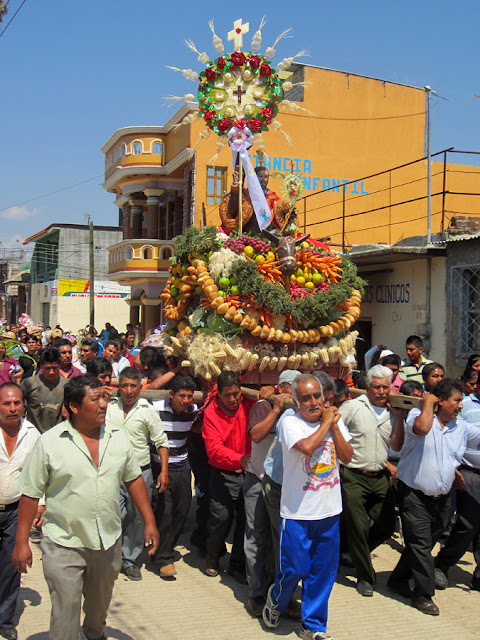 and led by the priest and altar boys and girls, 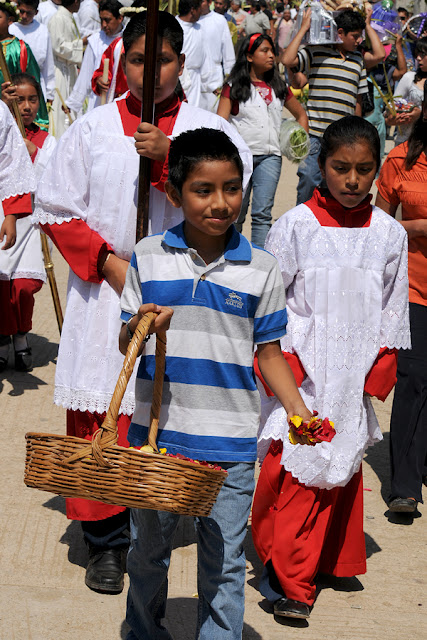 roses are strewn and everyone picks up something 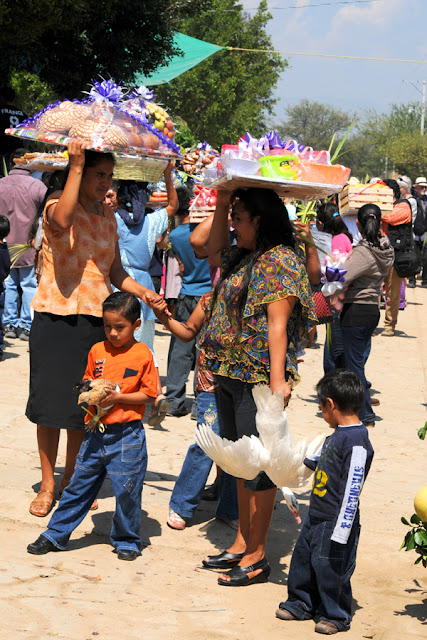 and carries it about a kilometer to the church. 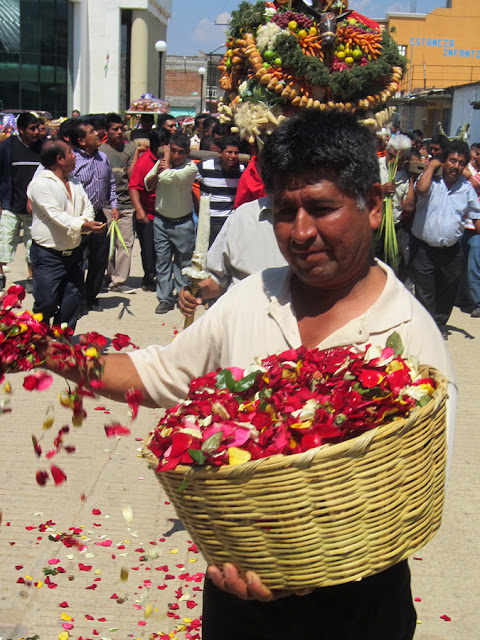 I fully intended to buy numerous delicious looking foods, but the sale was not a mosh pit, but close and one definitely needed an attitude to even get near the place and exact change for sure. So we came away empty handed, but there was tons of good stuff to buy at the surrounding market stalls and delicious food to eat, which we of course we did. 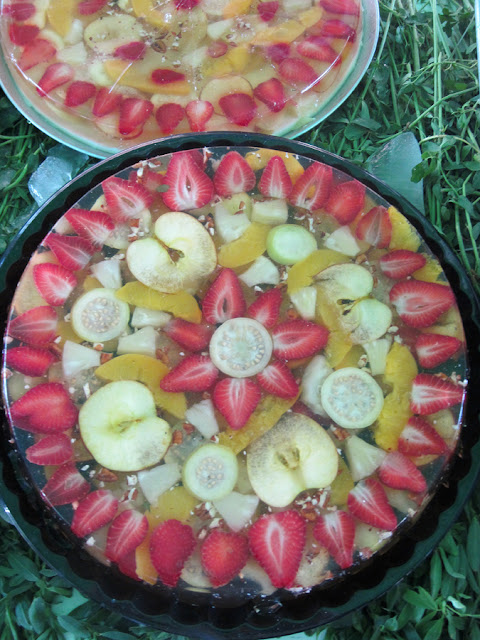 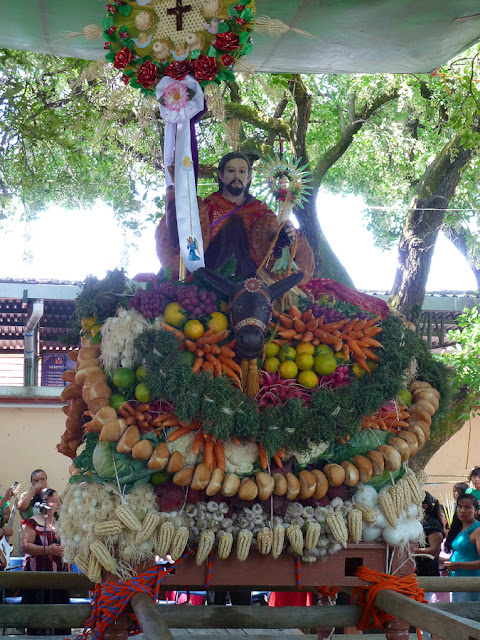