Semana Santa - The Procession of Silence 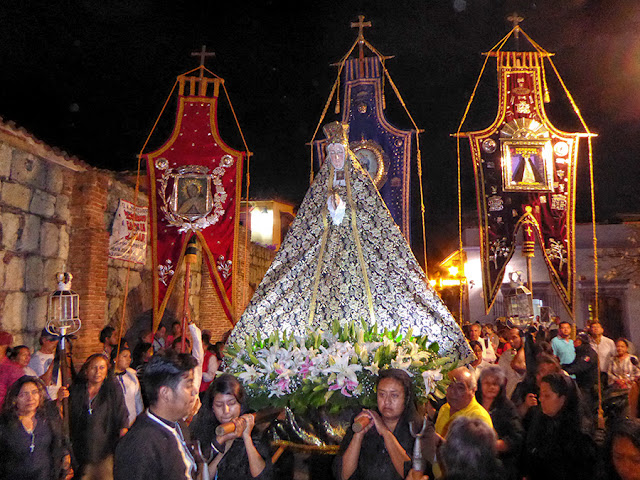 One of the high-points of Semana Santa, Holy Week, is the Procession of Silence, late in the day on Good Friday.  This was the 32nd in what has become an annual tradition and one of the most popular, as thousands of people, both local and tourists, gathered to line the procession's route. 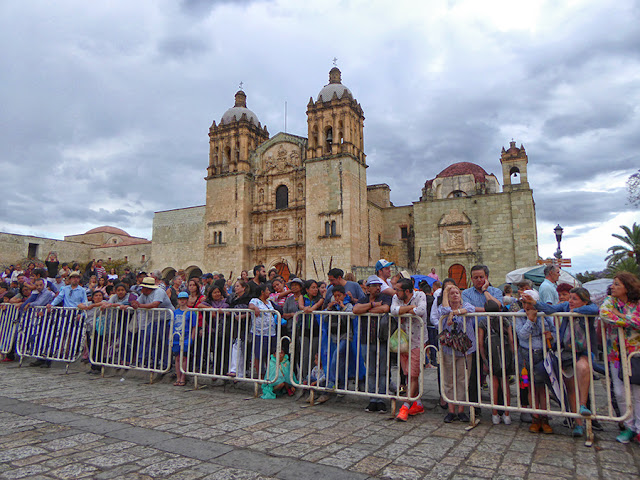 It is another of Oaxaca's special moments and filled with wonderful sights. 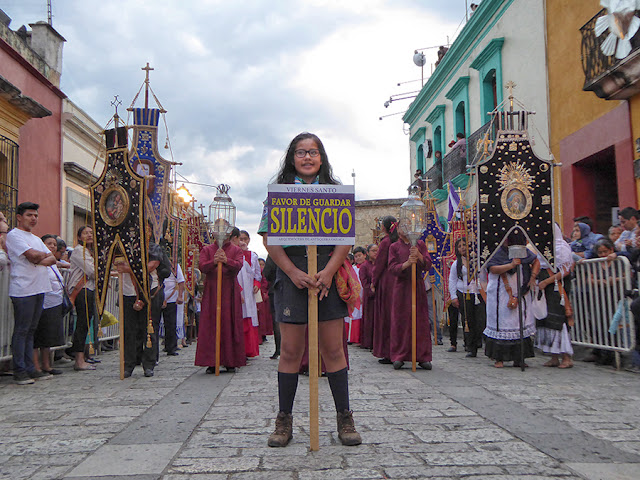 Every year the procession is a little different and this year we noticed that there were many more women in it. 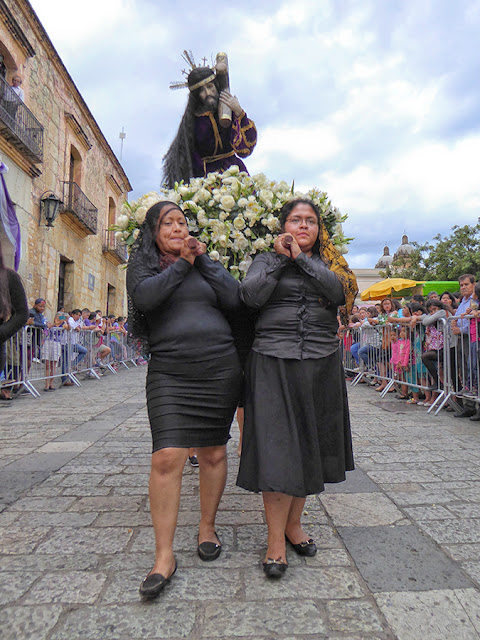 And many in stunning indigenous clothing. 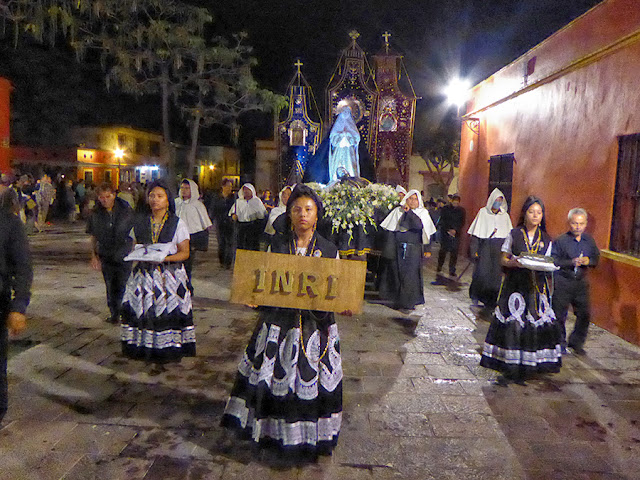 And even though it began a bit late, the whole event seemed quite well organized and seemed to go off without a hitch, although we all had was a bit of waiting time. 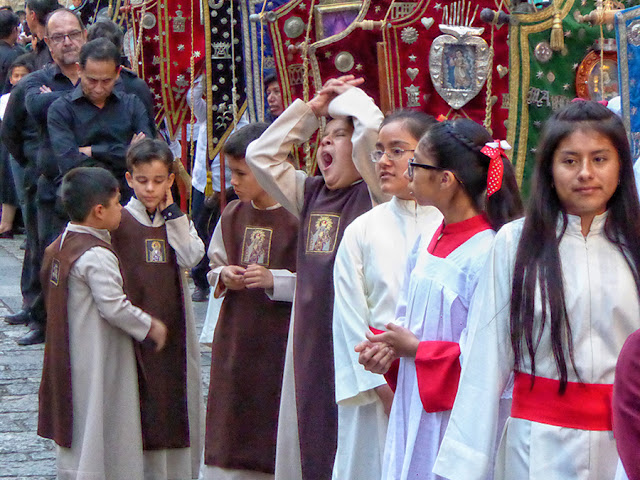 The start time was 6:30 PM and the light had pretty much faded by then, but getting there early allowed us to get some shots. 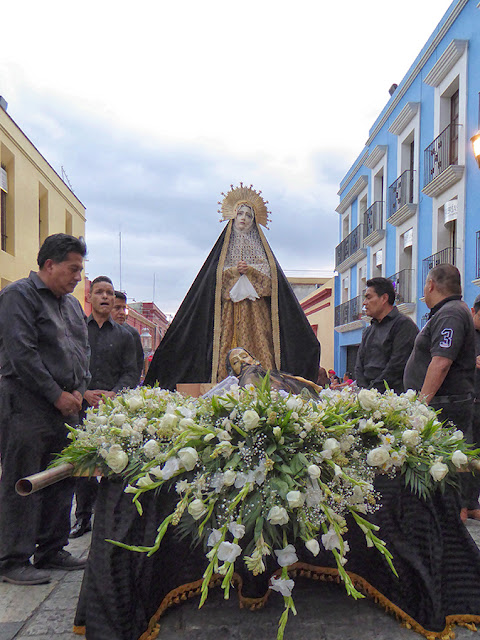 The various groups began to assemble under cloudy skies with a just enough rain to try to keep things covered and dry, including both spectators and participants, but the rain passed. 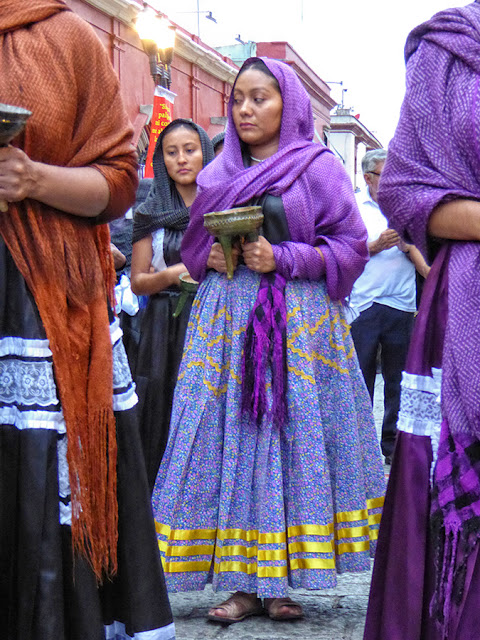 The whole atmosphere is one of seriousness, of reverence and at the same time,  uplifting.  People take their religion very seriously here and one can see it in how they approach all of this. 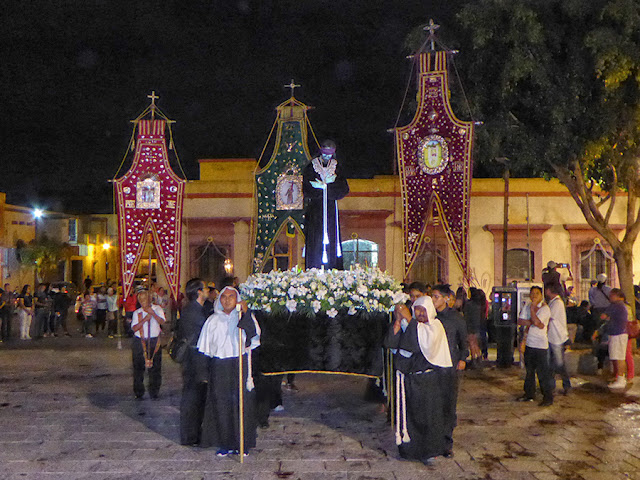 Lots of the platforms they carry are quite heavy, the strain on their faces, the steady, but occasional stagger in their steps, and all in silence, just the sound of a drum beating once every minute.. 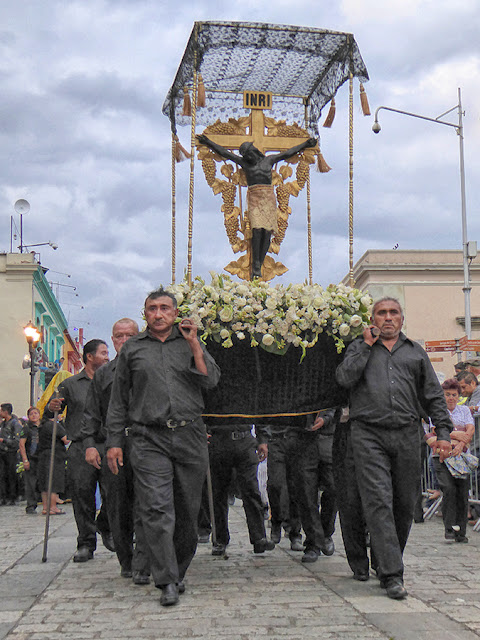 No better example of people's dedication and commitment than the hooded men who drag heavy crosses down the cobblestone streets. 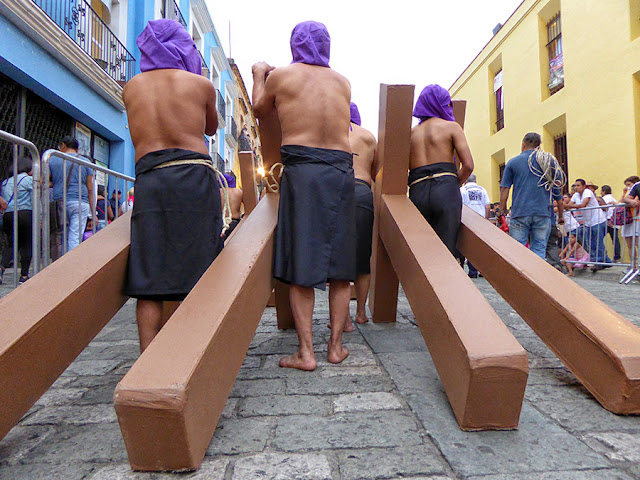 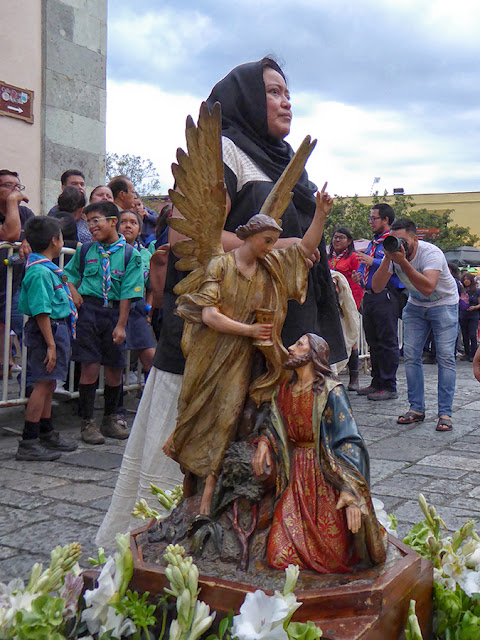 And of course people watching. 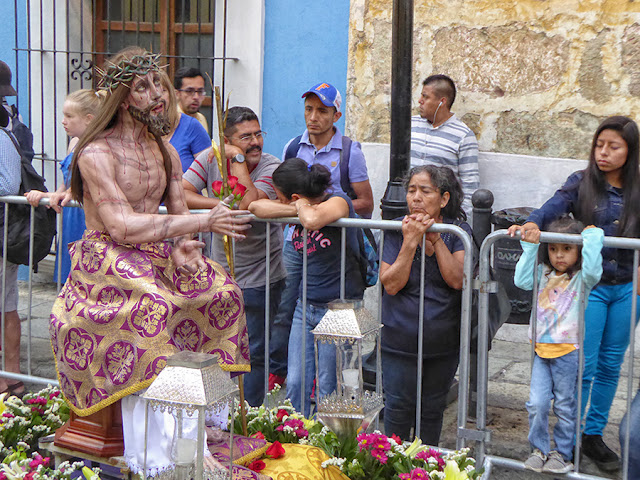 A celebration providing much food for thought and for the soul. 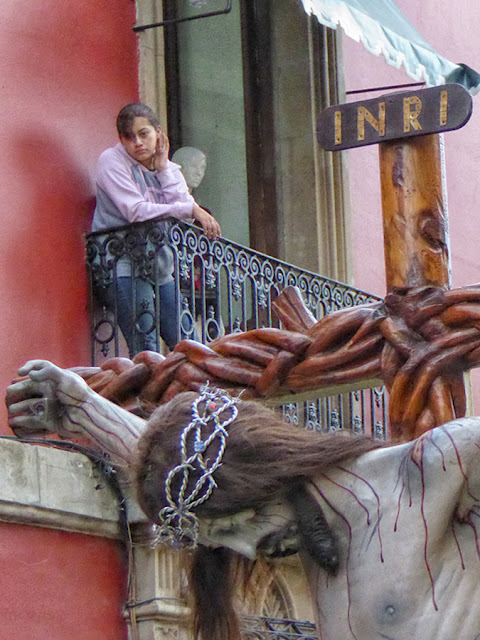