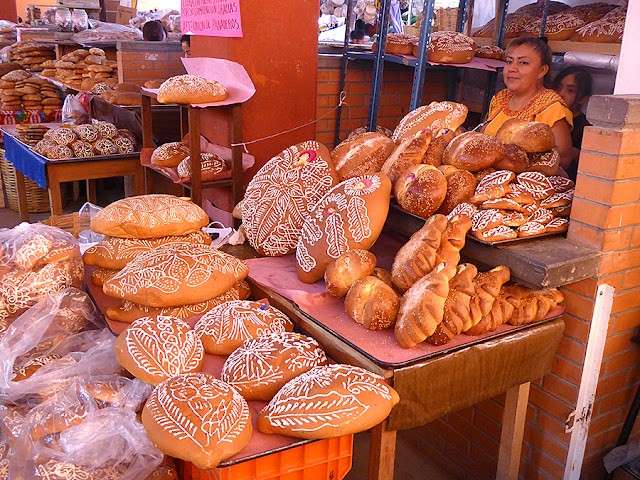 We did a nice swing through a few markets this past Sunday, the last one before Muertos.  Tlacolula was so crowded, but nonetheless exhilarating with sights and smells. Then it was off to Mitla, above, where some of the finest examples of pan de muerto can be found.  It is an art there, but they no longer have an exhibition of the finest breads. However, there were nice examples in the market. 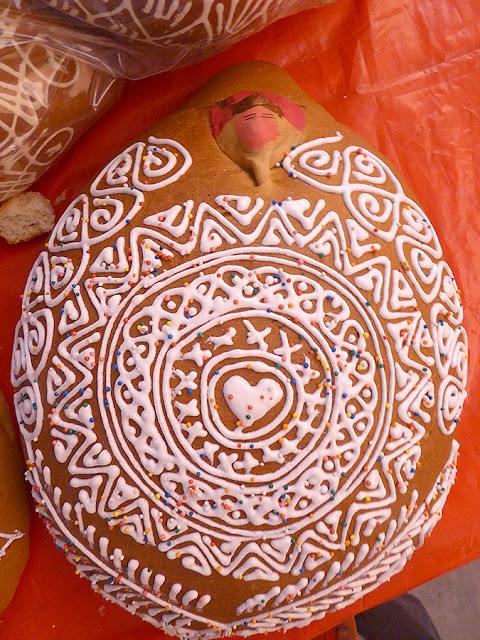 After Mitla, it was off to Villa Diaz Ordaz where they were having a feria, a fair, del Pan del Muerto. 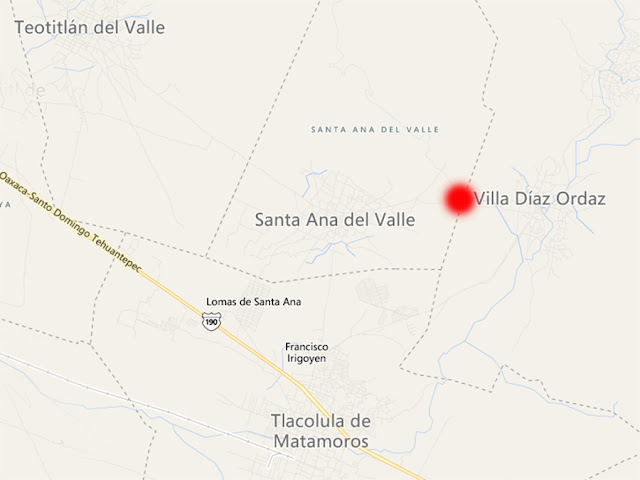 We were there last year and thought maybe more people would be there this year.   However, it turned out we were most of the crowd.  It was very tranquil and serene scene.  People were selling bread, but most of the action was with the kids who were kneading dough and shaping bread, keeping the traditions going. 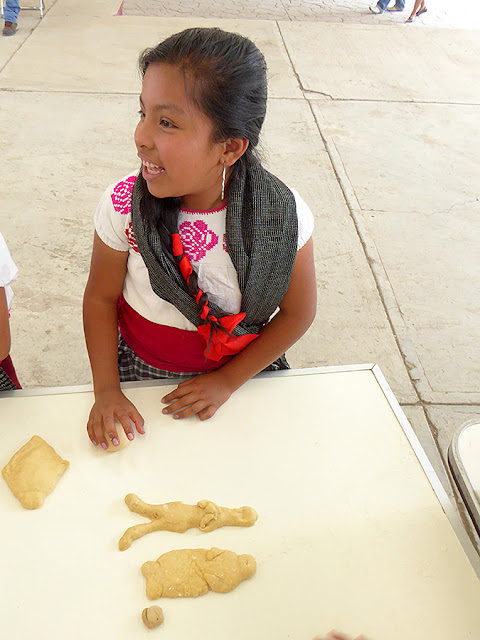 This guy is destined to be a baker. 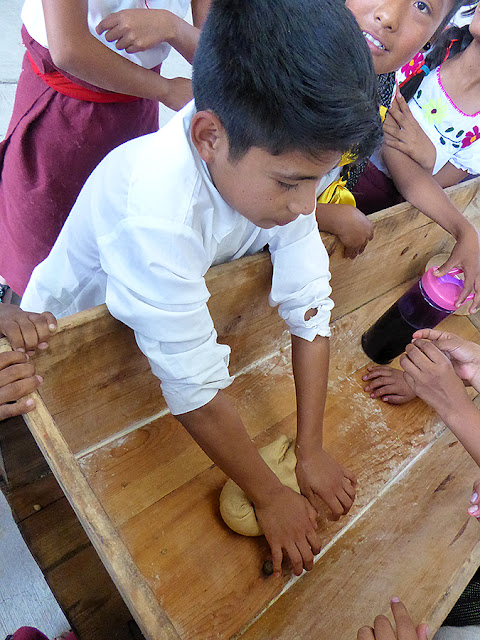 Their energy and exuberance were the best parts of the day. 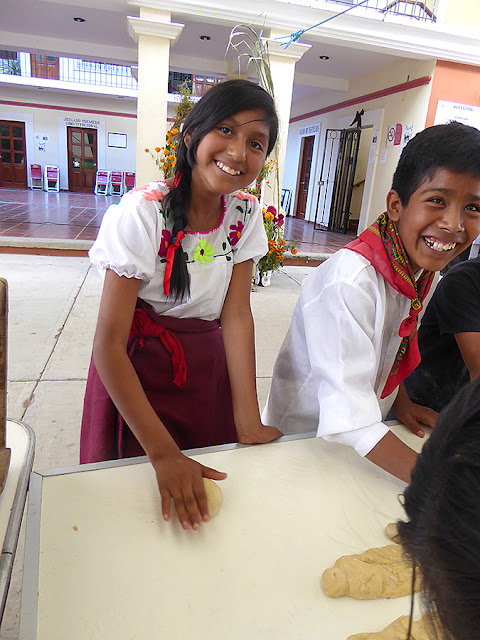 The bread for El Dia de los Muertos, Day of the Dead, is a very important element of the altars and one can find it everywhere in the days leading up to the beginnings of the celebrations. 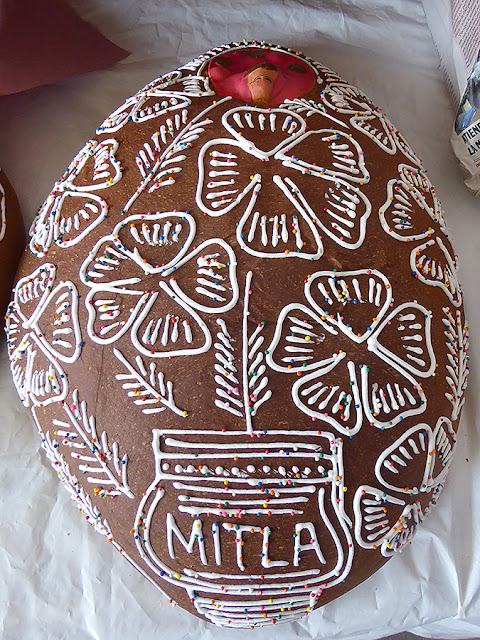 After seeing all the food in the markets, we were starved so we took advantage of some excellent tamales and the best higaditos I've ever tasted from this woman. 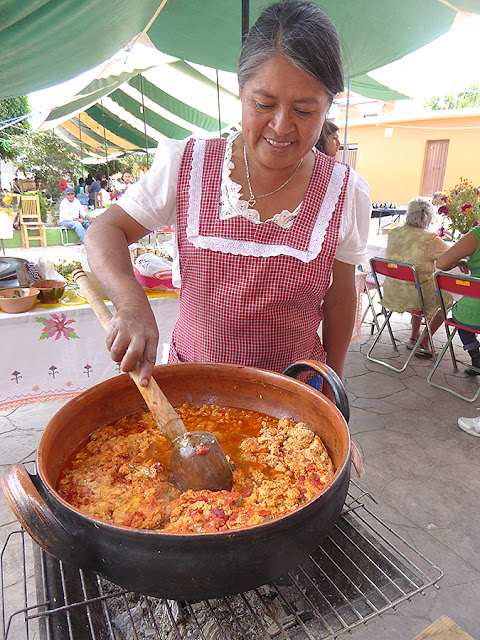 Eggs, chicken and a perfect broth, a simple but elegant traditional dish and unique to the central valleys of Oaxaca. 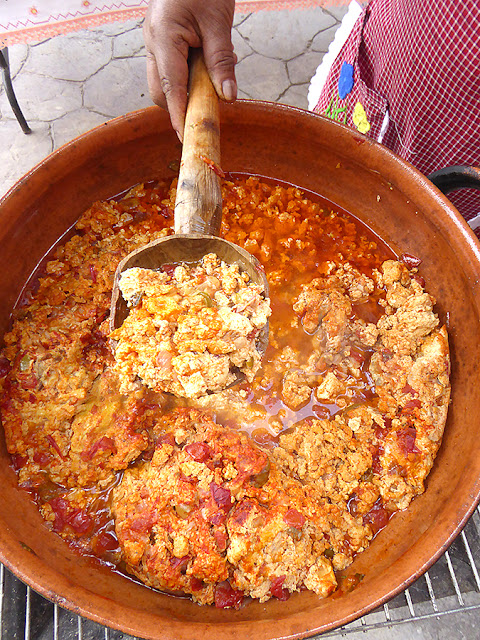 Higaditos, elsewhere, is a very different dish.  We also got a rare treat, one hardly ever seen for sale, some estafado mole from this excellent cook.  It was so nice to be almost the only people there as folks were so friendly and happy.  However, you see where it is... there's always next year.
Posted by Christopher Stowens at 10/30/2017 05:50:00 PM

thanks for the post, my mom is the best cook

She sure is! You are so lucky.