Sorry to be so slow in posting more rabanos shots.  They are coming, but I've been busy digging up beds and removing the soil.  Gardening can be tough no matter where you are, but that's what makes it fun.  Here, it is the lack of water during the dry season and the quality of the soil.  I have had these beds for the last couple of years and put more organic material in each that you can imagine... and yet, they turned to concrete during the dry season.  You would need a hammer just to drive a nail into them.  No lie.  Each year I would have to take mighty swings with a pick ax to break up the soil.  I could never believe how dense and solid it was.  Just crazy. 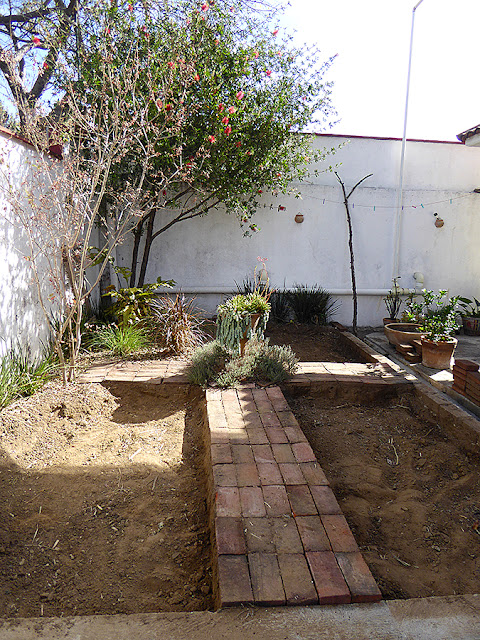 Well, Merry frickin' Christmas.  I gave myself a present, the idea that things would be so much better if I just replaced that concrete.  And so I started early Christmas morn.  Yes, with pick ax and pitch fork, then shovel and wheelbarrow and finally, for the last bed, I carried all the stuff out in five gallon buckets, a very Mexican thing to do.  I couldn't get the wheelbarrow near enough so it was bucket time.  Maybe sixty bucketfuls did it... and almost did me in.  You can see how solid it is in this shot. 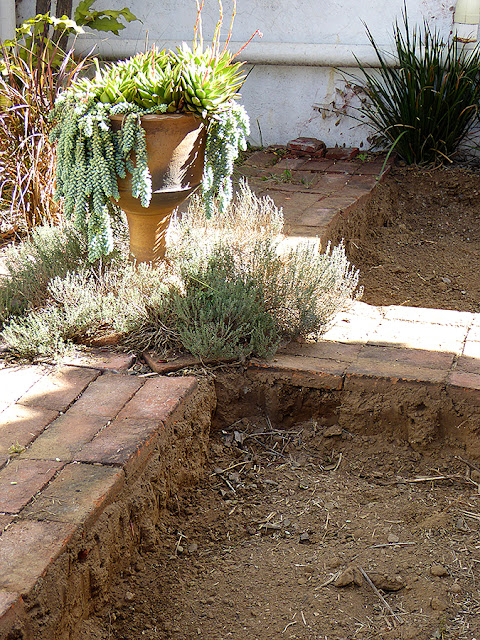 The other beds had twenty wheelbarrows full each.  Who woulda thunk it?  I did one bed a day.  Three beds, three days.  All while listening to a great audio book, so the work flew by.  I spread all that dirt, which turned out to be a construction quality clay and sand mix in the side lot where I hope it will gradually break down and mix with the organic stuff I have out there.  Looks like I could put in a nice little water feature or pool..... but at this point looks like a grave that I am ready to crawl into. 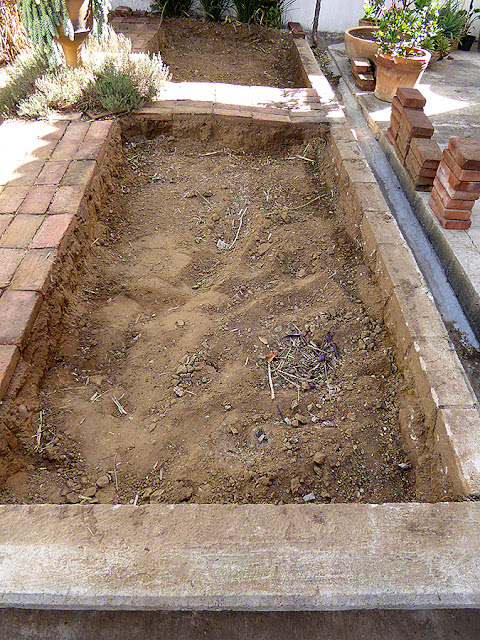 As a side project here, I have a worm factory going here with three large boxes, each at a different stage.  Worm caca is the shit... no really, good fertilizer.  One interesting thing I noticed was that there were earthworms in this concrete like dirt.  They could barely move in that dense environment and seemed very different from my others.  I saved as many as I could and put them in one of my boxes.  An experiment that I think will fail.  Just too different an environment for them with all that food and moisture.  We shall see.
Posted by Christopher Stowens at 12/27/2015 11:00:00 AM