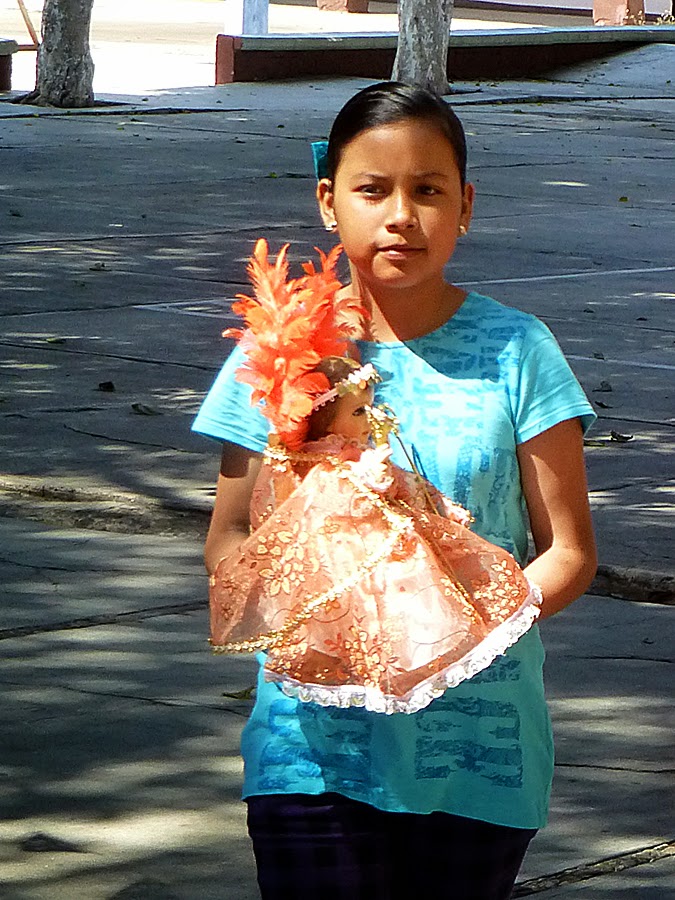 I drove over to the Etlas to see if I could catch some of the Candelaria celebrations and was my timing was lucky. 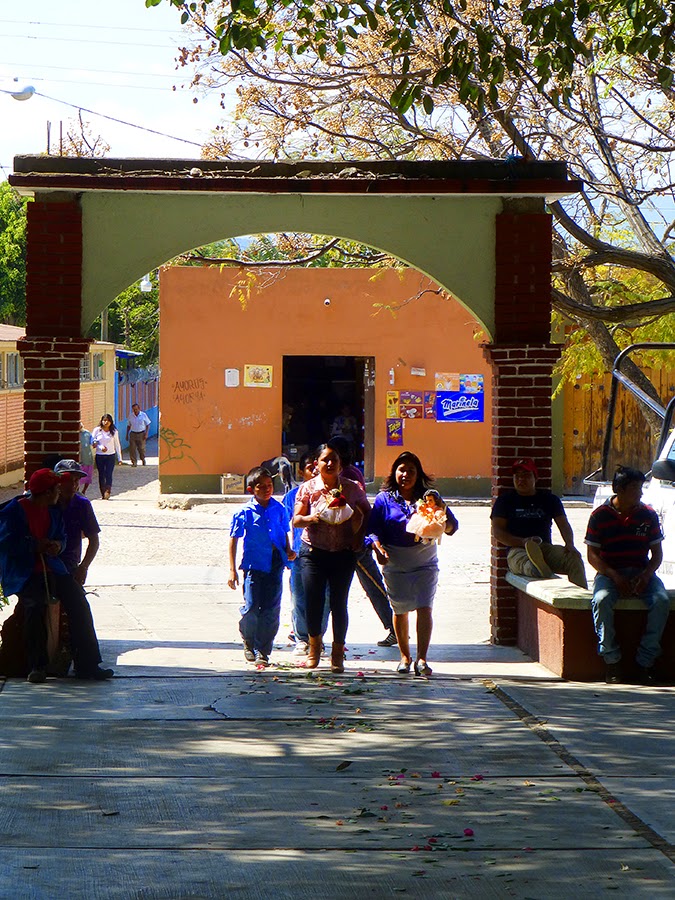 There were lots of people making their way to the church in Tres Reyes for the early afternoon mass. 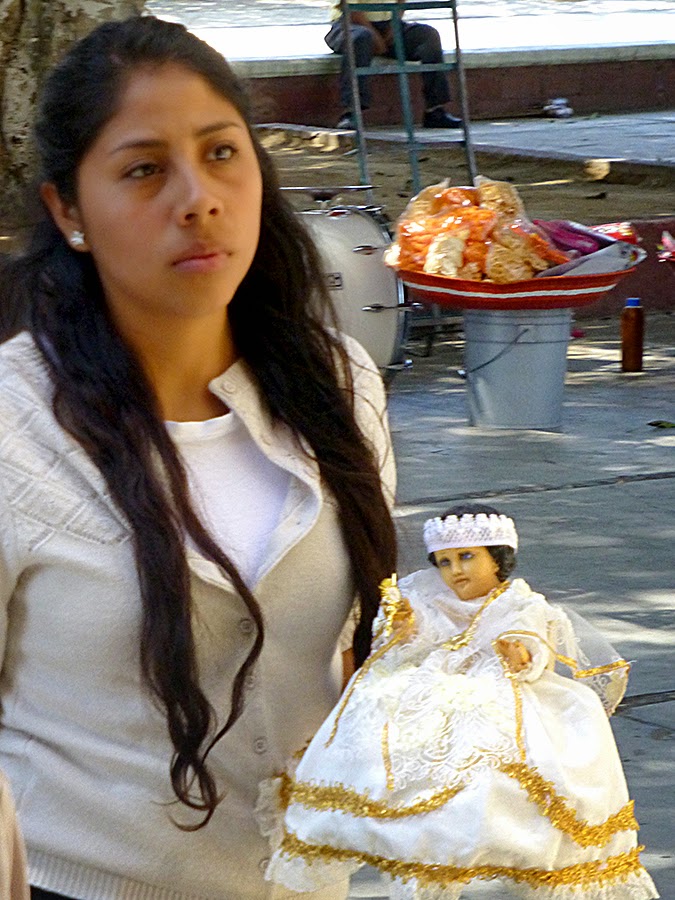 It is so much fun to see families carrying their Dios Niños and then all jumping into a mototaxis.  Still others just made their way walking. 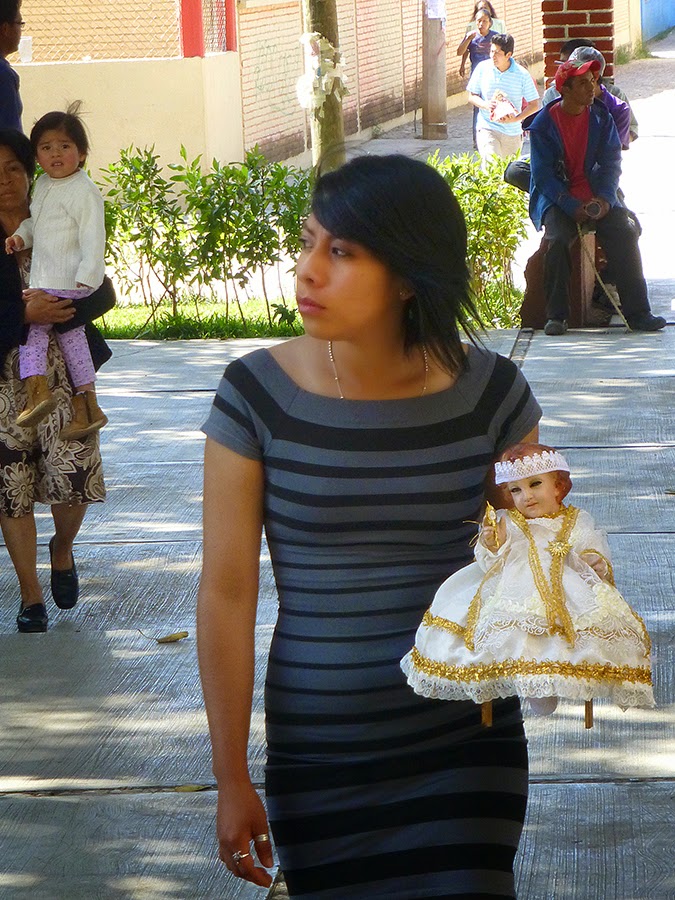 Some were already there. 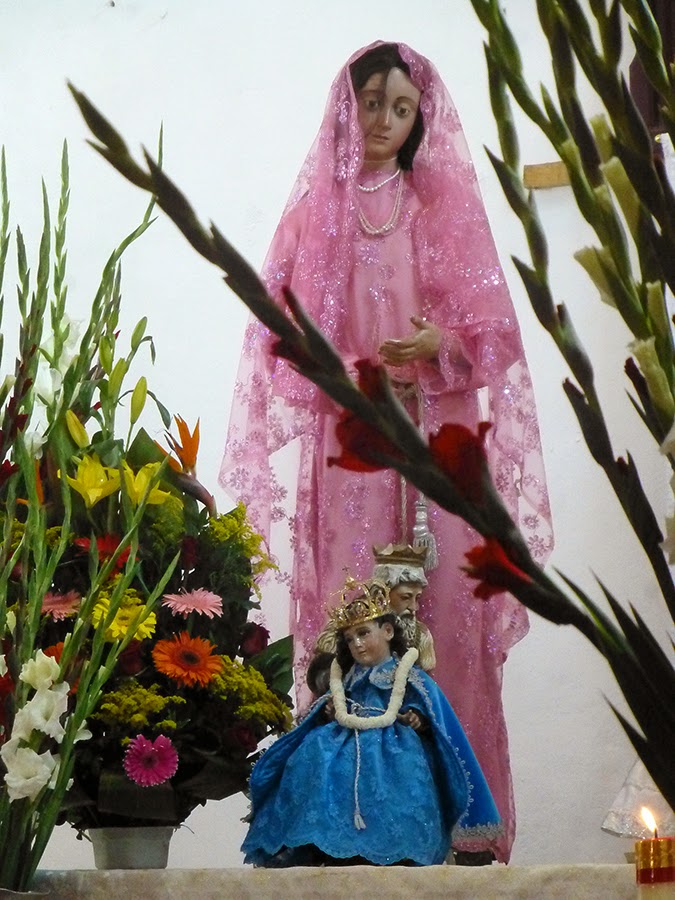 The church was packed. 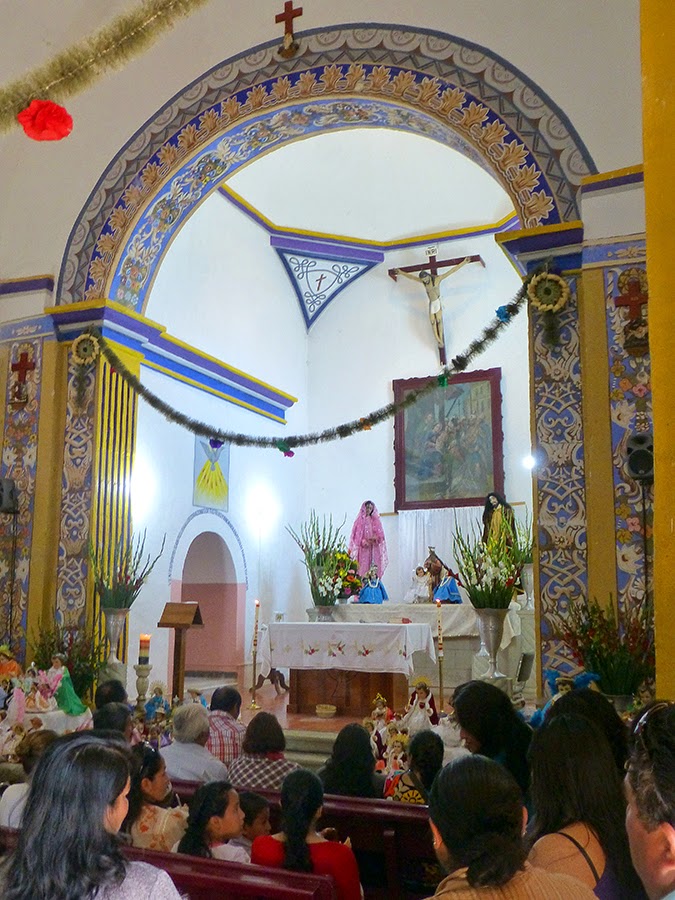 A band played and there were some of the loudest cohetes or firecrackers I've ever heard.  I guess I am an old hand at this, because I reacted just like everyone else... not at all. 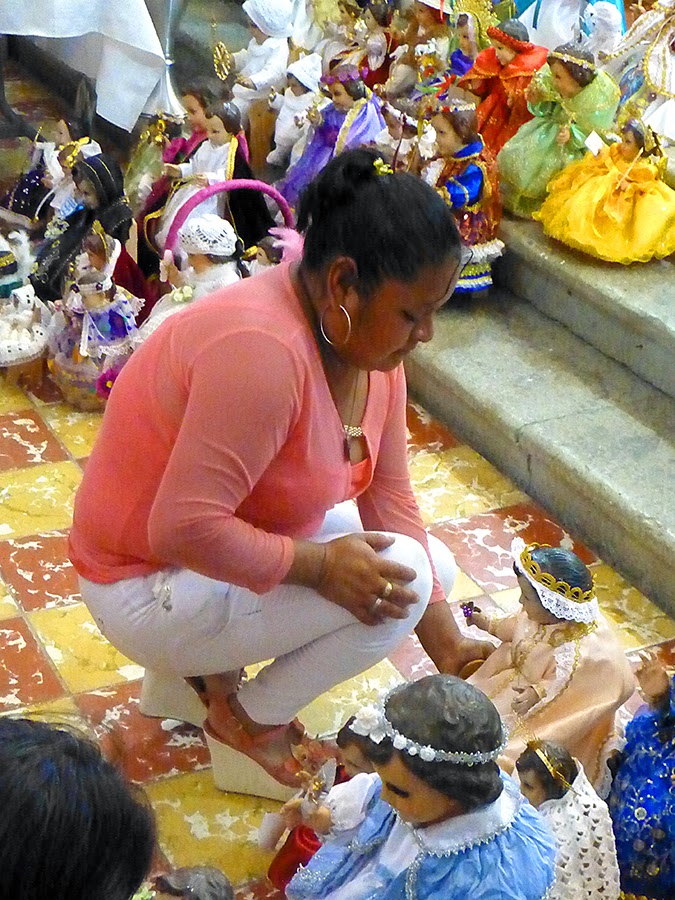 People had brought their Niños early and they were all in front waiting to be blessed. 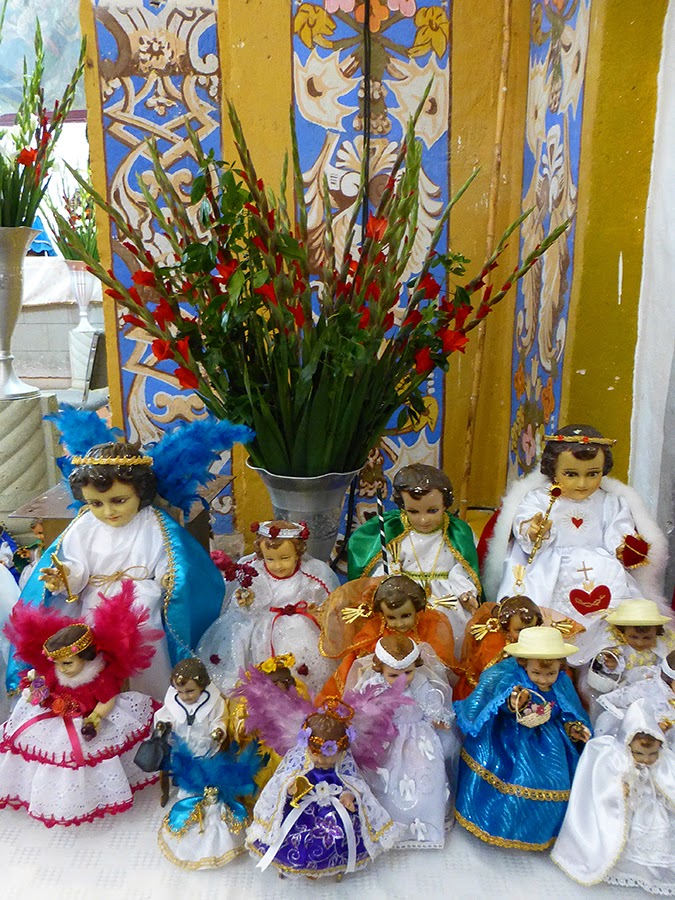 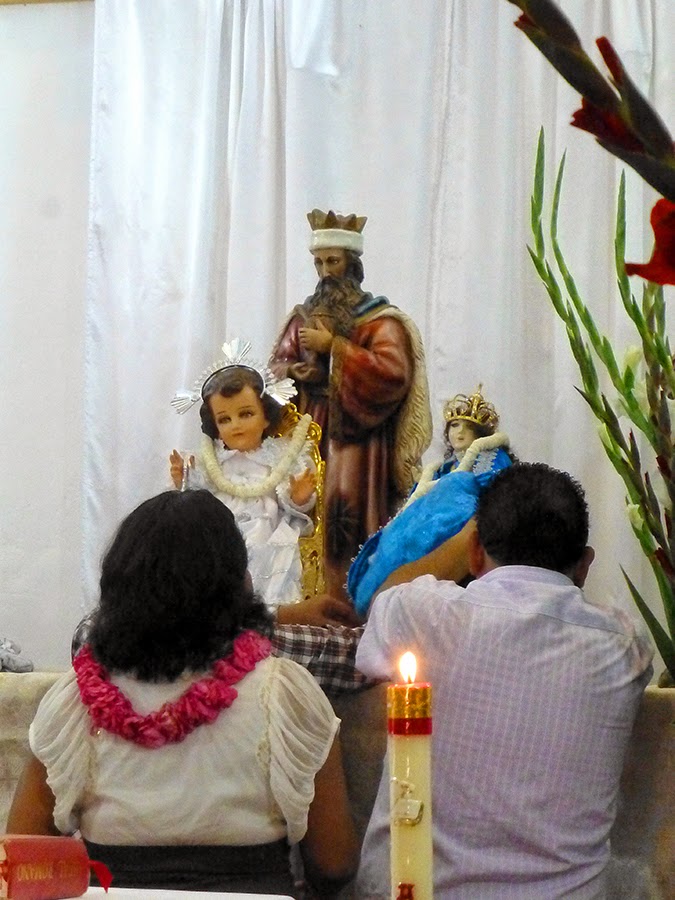 Chris, I've been following your blog for at least a year, I'd say, and always love your photos and comments. I spent a couple weeks in Oaxaca a few years ago. Back in the 1970s, one of my sisters spent a summer there and always talked about it, so I flew to Mexico City, took the bus to Oaxaca City, and really enjoyed my time there. Anyway, just wanted to say that your photos remind me of my sister (now deceased) and my time there. Thanks.

I'm currently living in Buenos Aires, so the Castellano here is of the voseo variety. And "pollo" is pronounced "po-sho."

By the way, if you'd like to put some space between your text and your photos, try using the "angle bracket + br + forward slash + angle bracket" HTML code (line break code). It works for me. I've also heard that sometimes it works without the forward slash.

Thanks for the kind words and I am so happy they bring back memories. Our memories keep them alive in some small part.