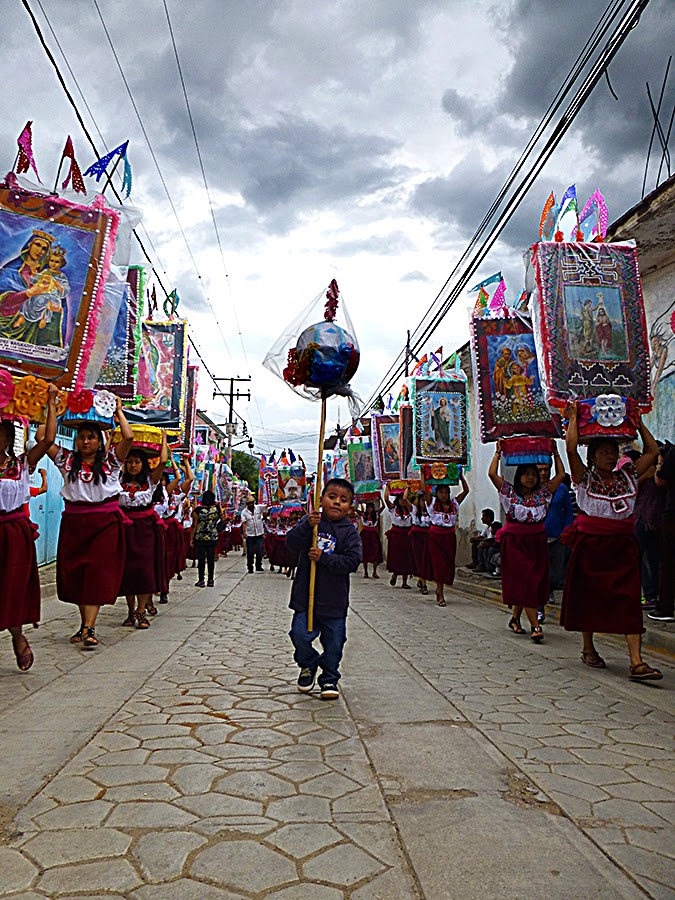 Yesterday was the beginning of the annual celebration of "Solemnes Cultos en honor a la Preciosa Sangre de Nuetra Señor Jesucriso"  in the Zapotec weaving village of Teotitlan del Valle.  The skies were threatening and there was rain in the distance, but it held off and the procession went off without a hitch. 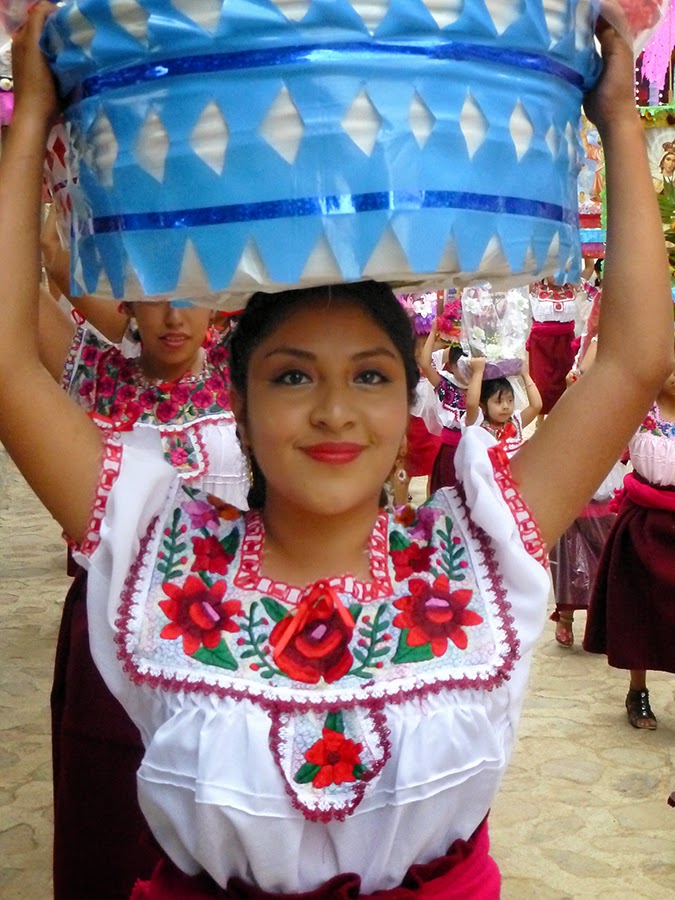 The unmarried girls and women of the village process through the streets of the village carrying baskets, each with a depiction of a religious figure. 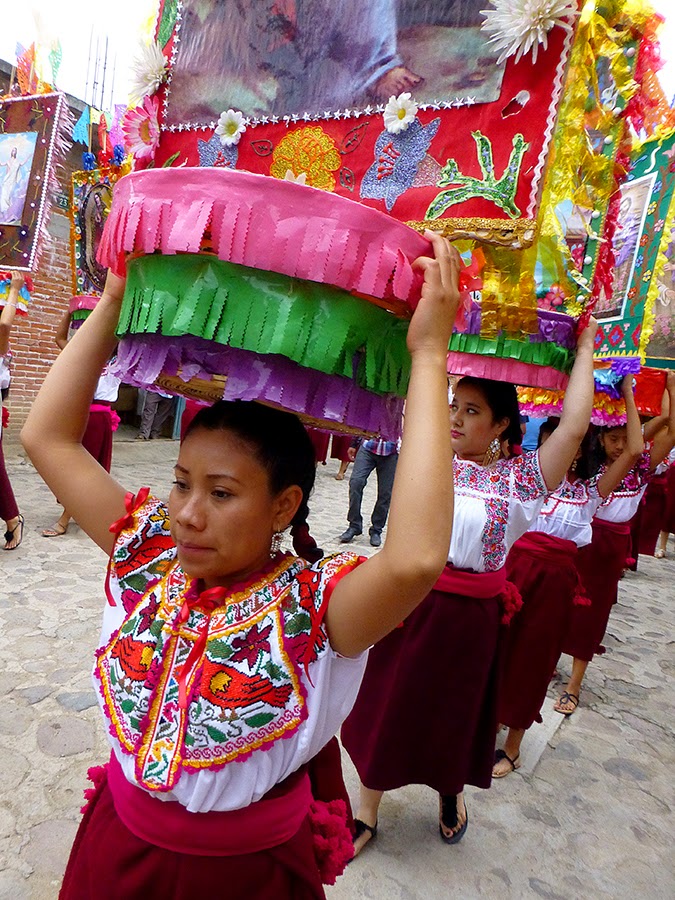 Carrying these baskets is hard work and one has to be brought up in the culture to actually carry the canasta the whole way.  I have seen many an outsider try, only to fail. 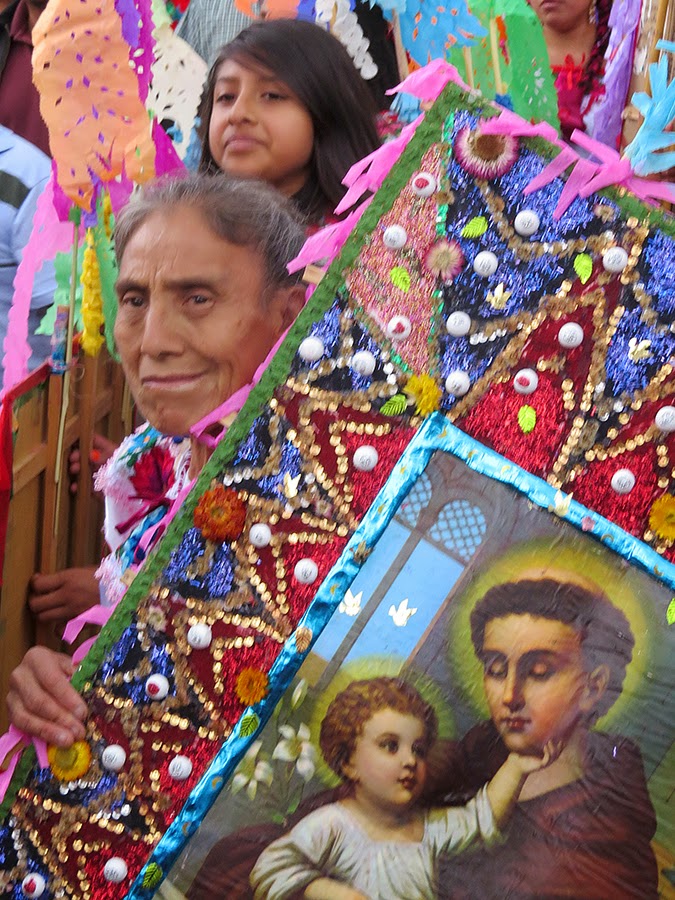 They come in all ages and each is resplendent, beautiful, wearing the tradition trajes, the maroon skirts and the embroidered huipiles. 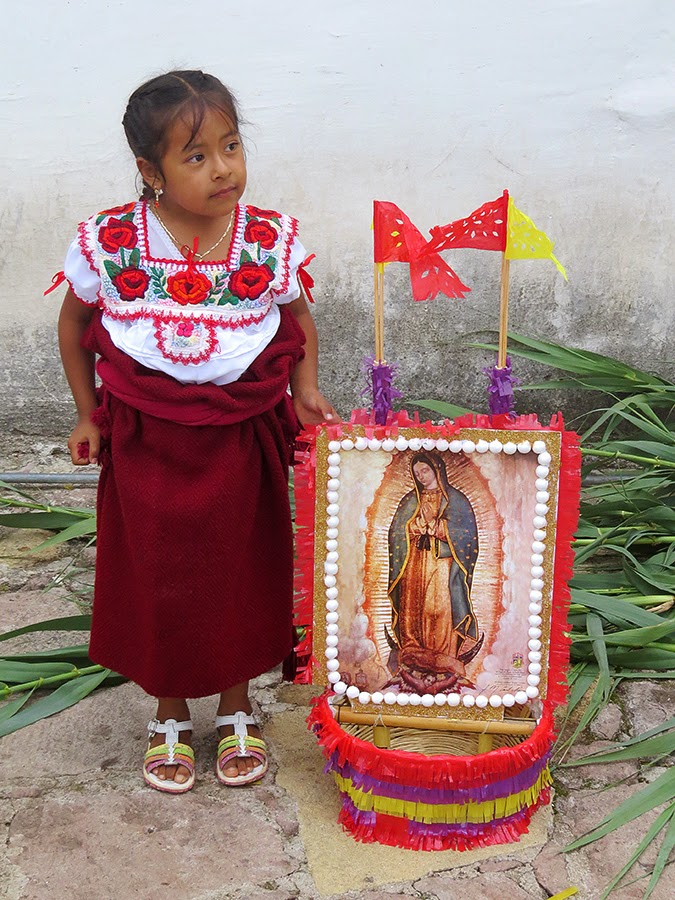 They start at an early age, as early as four. 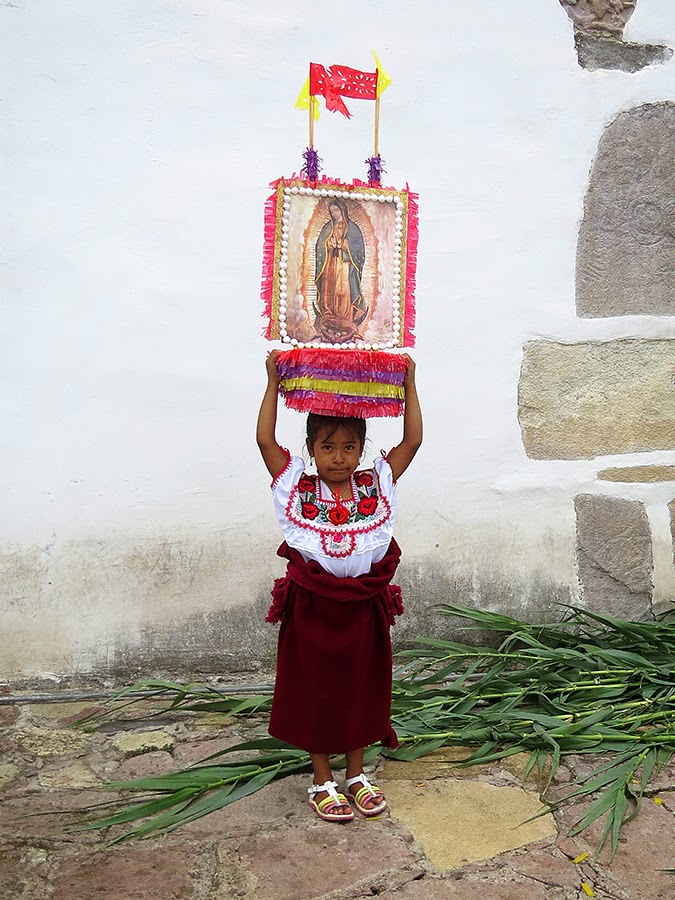 We never miss these celebrations and know many of the villagers and dancers.  The danzantes were particularly psyched to be wearing their traditional white male outfits, a first. 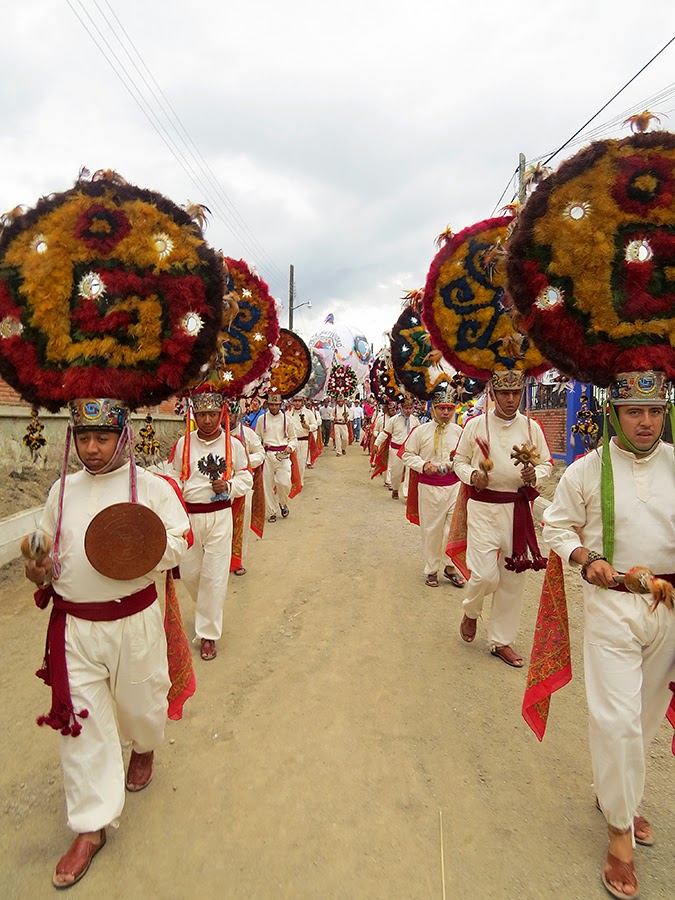 Normally, there are in full regalia as they will be today and for the rest of the week.  Monteczuma, Doña Marina and Malinche. 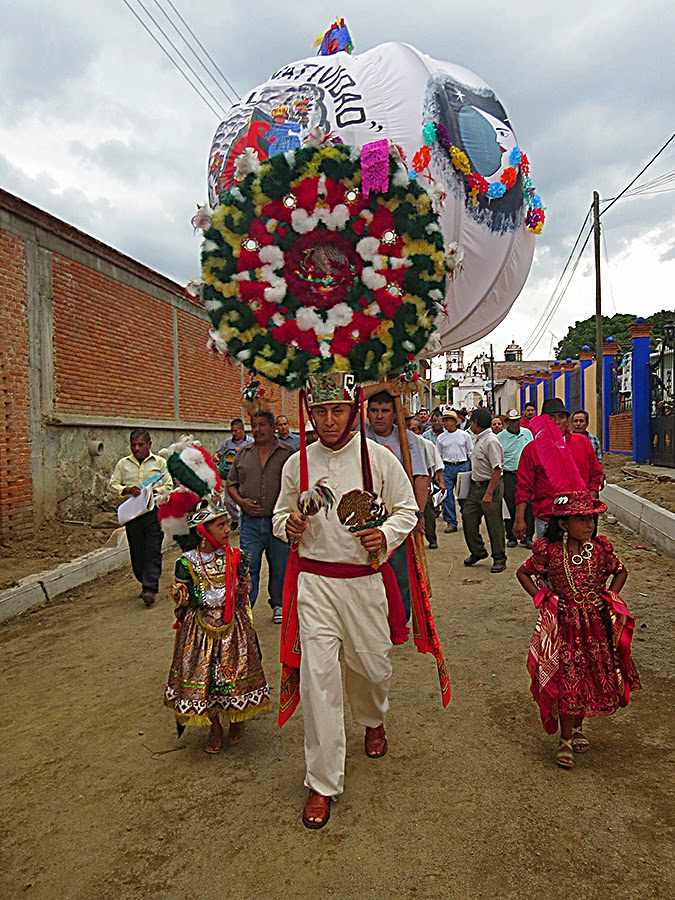 The procession is always led by guys with skyrockets of cohetes.  In fact, as far as I can tell, this is a tradition throughout all of Mexico.  I am so used to hearing cohetes everyday, often very early in the morning, they do not even get a rise outta me.  However, obviously, there is an art in everything. I had a blast with these guys and they were into showing me how it was done. 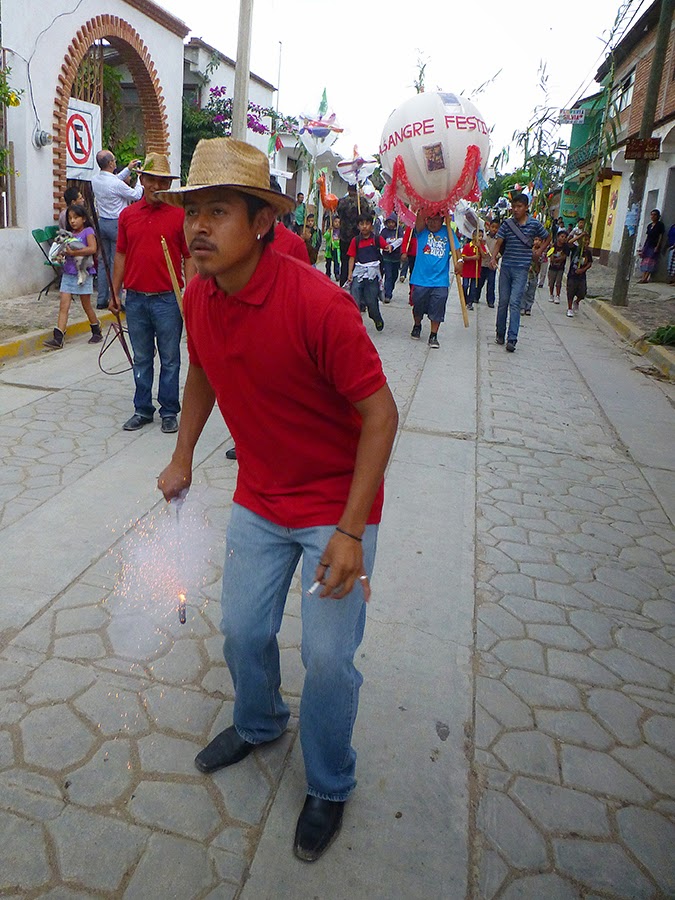 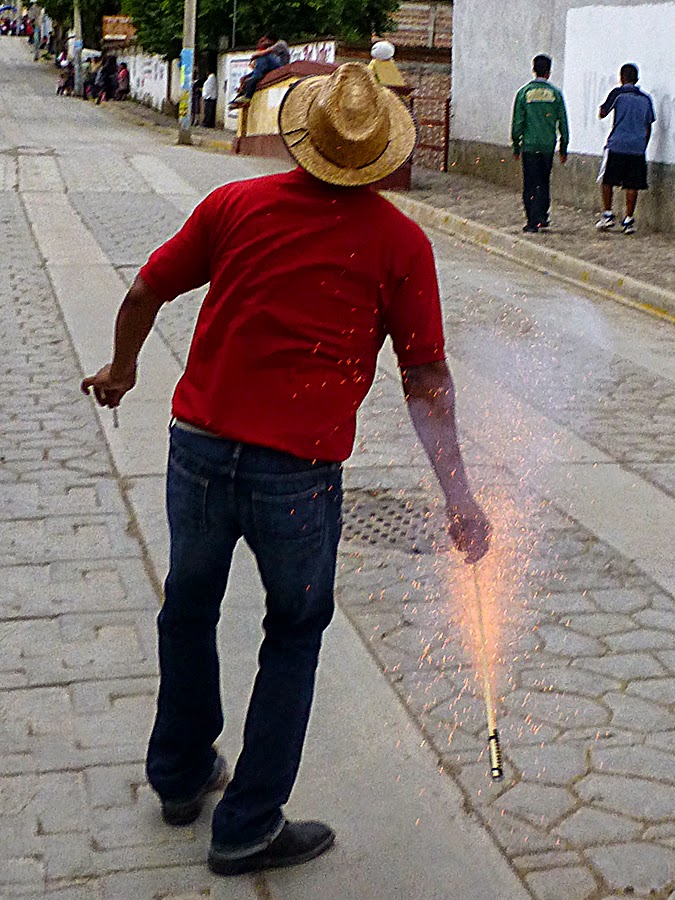 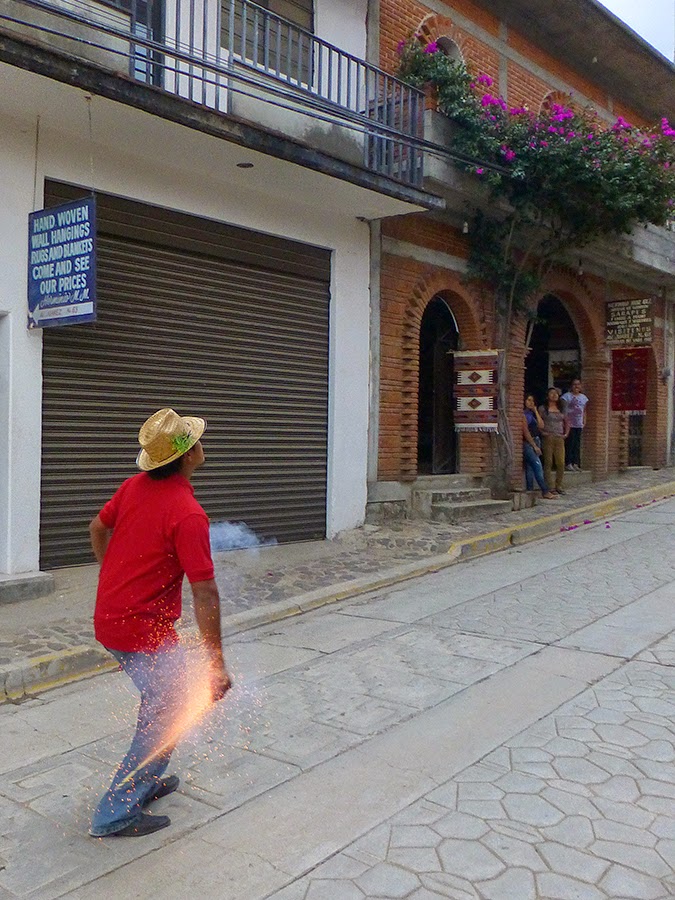 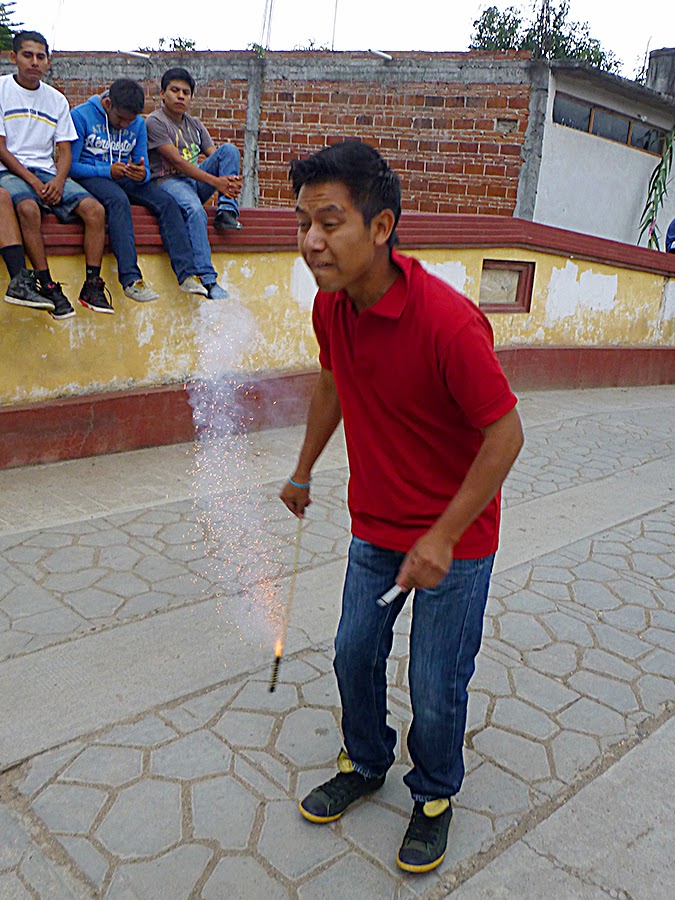 Out the door for more!!

But that sea of color is something therapeutic to human eyes...Would be great to look at it during those gloomy winter days in the Northern hemisphere